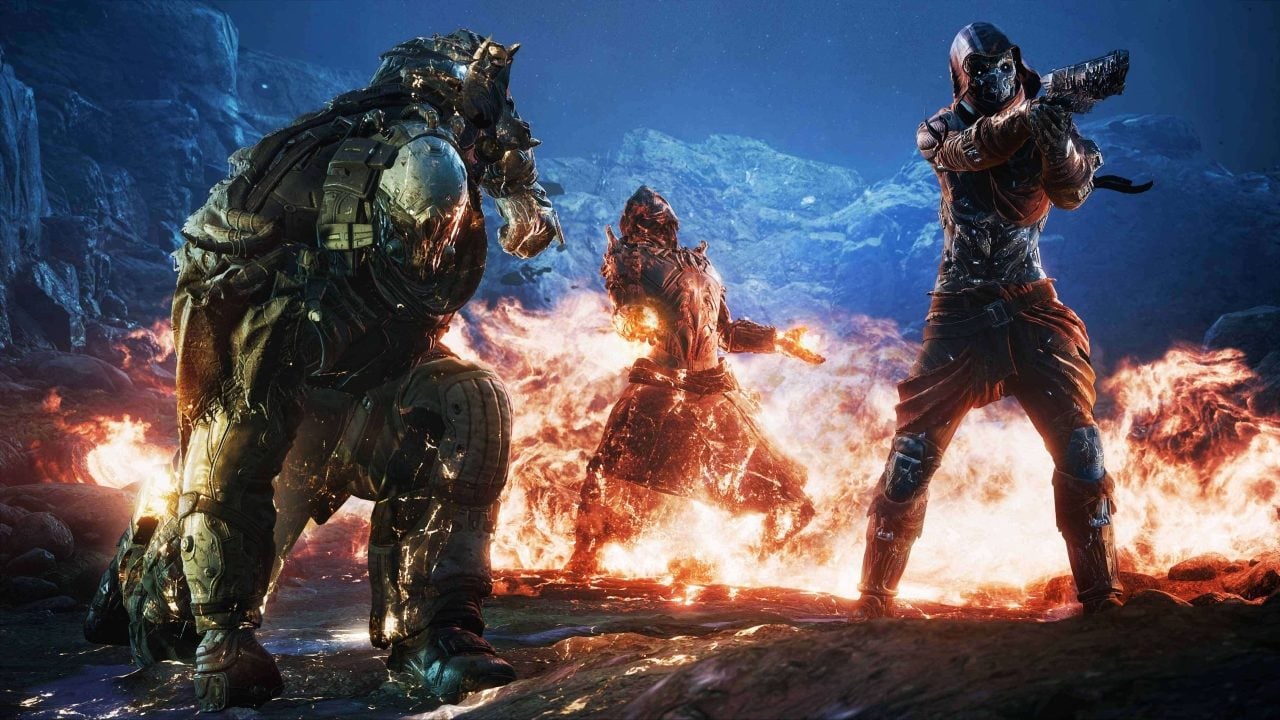 In true looter shooter fashion, Outriders offers plenty of main and side objectives for you to accomplish for some sweet, sweet gear. We will walk you through how to complete the Big Iron quest with our guide. Be aware, there is a bug being reported on Reddit, but we will try to discuss every workaround to get you to your goal.

How to Complete the Big Iron Quest in Outriders

To start the Big Iron quest, you’ll need to head to your camp from the Desolate Fort area. You will meet a friend named Channa, who will give you the side quest. Instead of the main dialogue option, ask her, “something on your mind?” to trigger the mission. She will tell you about salvaging some parts that she can put together with those spare parts.

Look For Old Gear in the Area

For the first part of the Big Iron quest, follow the waypoint to find old gear to scavenge. You may come across enemies along the way, but it is up to you if you want to fight or run past them. When you reach the tank, you will be attacked by some monsters, so you will need to fight to interact with your objective. When it is clear, fire the tank to blow open the Outpost door, then go inside.

Some dudes will be shooting at you, so kill them to clear the Outpost. Progress through which requires blowing through some debris here and there along with fighting more hostiles. In this second area where you are fighting people, you should see a ramp leading up to a platform. Go up to find a blue indicator marking a body with a journal for you to snag. Hop off and follow the next marker to a facility door to open.

In the new section, you will find yourself in an open area full of more people trying to kill you. Fight them until you can turn on the generator, which is toward the middle of this miniature battlefield. Defend the position until things start to calm down. On the left side, a mechanism with a rope will be on display. Go down it to trigger a quick cutscene of you repelling down into the next part.

This second objective is where players have been reporting bugs in the Big Iron quest. Once you collect your first weapon part (there are three), you may experience your waypoint telling you the wrong way.  One user named Hon3yb4dg3rr restarted their game, and it started working. A restart might be needed, but follow our guide and hopefully, that will not be needed. Compared to other issues Outriders is having, like its servers constantly being down, this shouldn’t be too bad. Now, let’s find those weapon parts.

Keep running forward and following the waypoint. You will come across monsters, so gun them down as you please. Slightly left of where you get attacked will be a slope to go up with a cave entrance with a blue glow. Enter to be greeted by more monsters. Push through where you will find an open area and two entrances to another cave. Go in to find some more blue rocks with some skeletons; that will be the first weapon part you need.

From there, turn around and go to the left side of the open area where you had that last fight you had, then keep running in that direction. You will have more creatures, and when you kill them, don’t go forward; instead of going to your right will be another opening with blue rocks, follow that instead. Against the wall will be a person’s body, where you will get the second piece of the equipment you are searching for.

Go out and start going down the path you were heading toward before grabbing the second weapon parts. You will find the ruins of a village with a bunch of tied-up skeletons. A split path is presented; go right to meet up with people who want to greet you with bullets. Clear the ambush, then head toward a wood door that you will kick open. Fight more guys, and once you are done, on the left side up a small staircase will be a pile of empty crates with your final weapon part.

Once you fast travel to talk with Channa, she will give you three options with a light machinegun, a bolt action rifle or a pump-action shotgun. Take your pick; then you are done with the Outriders quest, Big Iron.

Hopefully, this walkthrough helped you out. If you need more assistance in this looter shooter, we have more guides to help you: