Outriders Demo Impressions | Back to the Future, Again 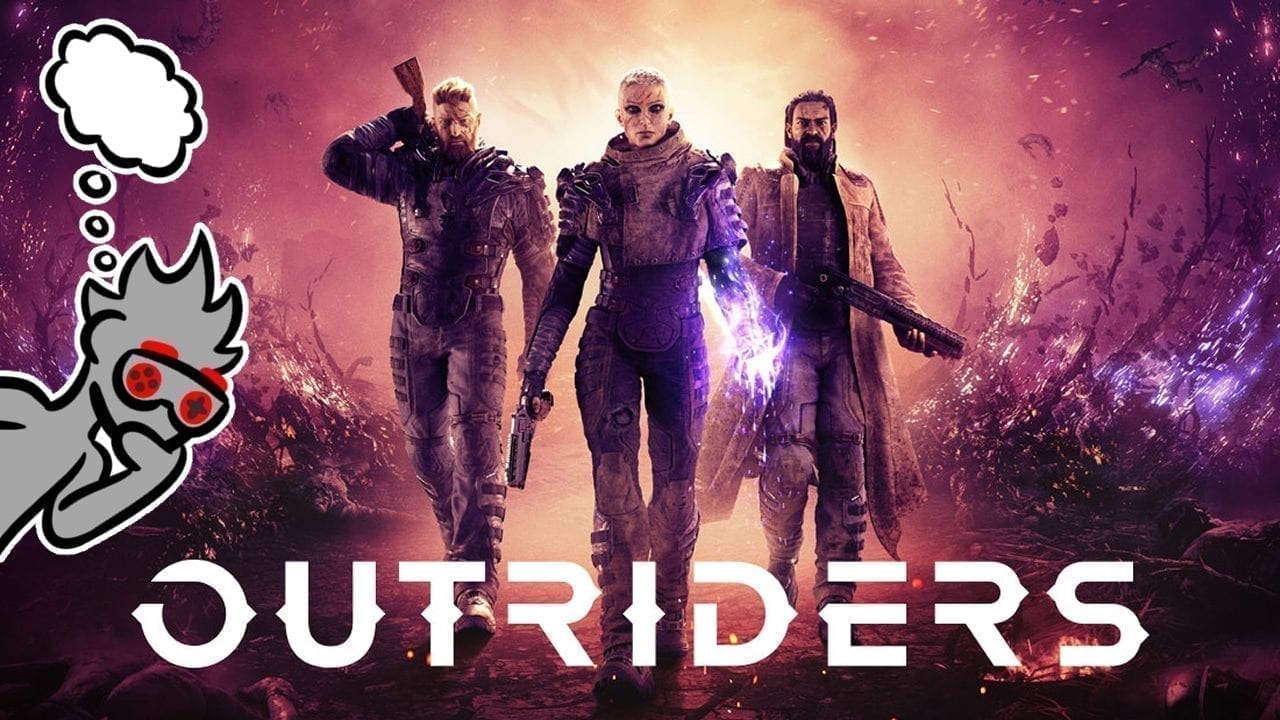 You know, I’m starting to find it harder and harder to recall media titles that take place in a stable future. There’s so much content about bleak, dark, and destructive futures it’s no wonder that’s all we can picture now. From Warhammer: 40k to the Fallout series, a post-apocalyptic setting is ripe for conflict and action. It’s clear that the folks behind the upcoming MMO Outriders also want to sign the doomsday yearbook. With the evident creativity of the former and limitless resources, what could go wrong? Well, that’s what we’re here to find out with our Outriders demo impressions.

Where are We Riding?

In almost all of these post-apocalypse games, said apocalypse happens due to war or humans destroying themselves. It’s predictable and wouldn’t you know it, Outriders follows suit. As if to pile on the anxiety, this time the apocalypse is due to pollution poisoning the Earth to the point where it can no longer sustain life. So, the world government concludes that the most reasonable solution is to launch two giant ships into space to find another planet. After hundreds of years adrift in space, one ship survives and lands on a lush planet called Enoch. The player’s character, called ‘Outrider,’ is sent down to investigate the planet with a team.

All seems well until surprise, alien storms rip through the team, and Outrider is seriously injured and put into stasis. She wakes up decades later in the middle of a Mad Max-style environment, becoming an alien storm mutant in the process. Now a part of this war, Outrider has to use her new powers to try and find hope for the remaining humans. Once again we’re humanity’s last hope simply because we have super powers, let’s do it. 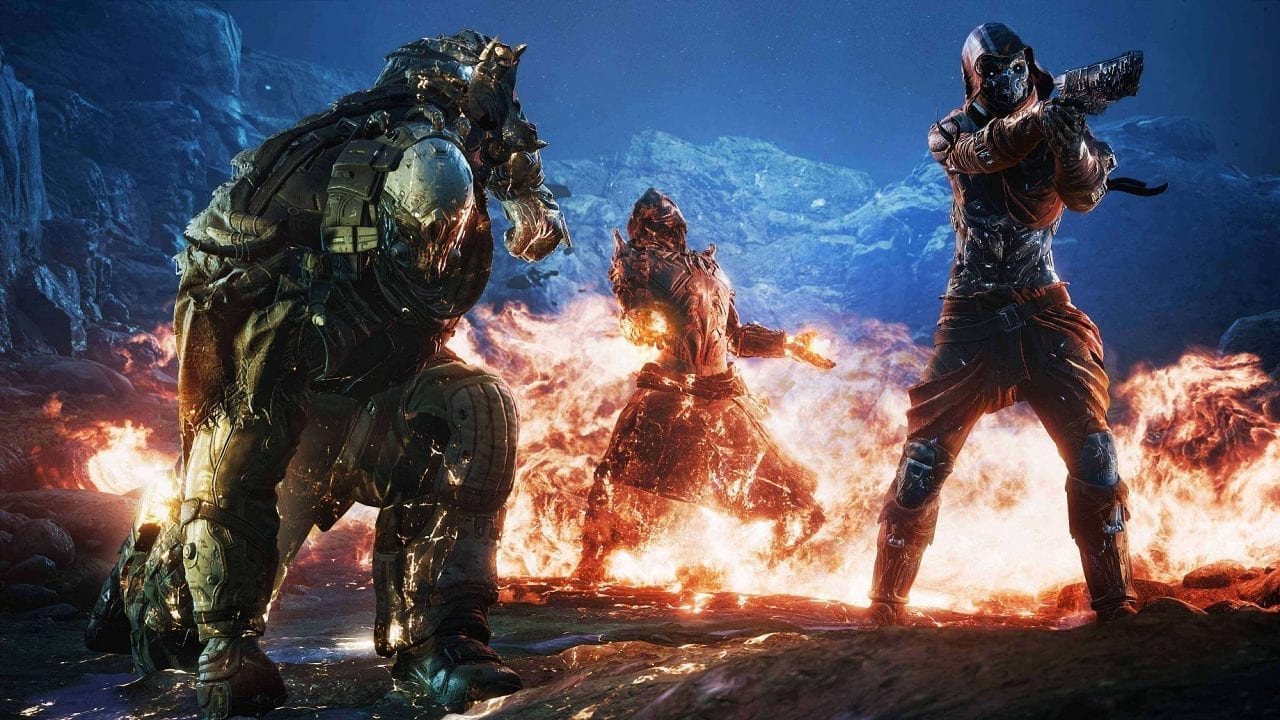 As soon as you hear about superpowers, you’re eager to find out what kinds they are and what they do. The Outriders demo gives you a selection to pick from, offering you options to complement your playstyle. Each one gives you a different type of element to play with that relates to how close you want to get to the action.

The one I used was the Trickster class, focusing on mobility and close combat. To my delight, it feels really good to use the powers and run around the battlefield. You can run right up to enemies, slice them up, and then blast the ones as they react to what’s happening. Since health and shields generate by performing in-class actions, there are extra incentives to use the powers aside from looking totally awesome.

To that affect, that’s something that helps the gameplay. Though the game has all the standard cover-based shooting, it’s just there as an option. Powers are varied, recovery is quick, and cooldown is short enough that you can spend battles running freely in the open. If you get overwhelmed, there’s plenty of covers to hide behind and you never feel totally defenseless. Ammo drops and restocks are plentiful, while your melee attack is powerful while costing nothing. All the tools are there to make you feel empowered while playing. 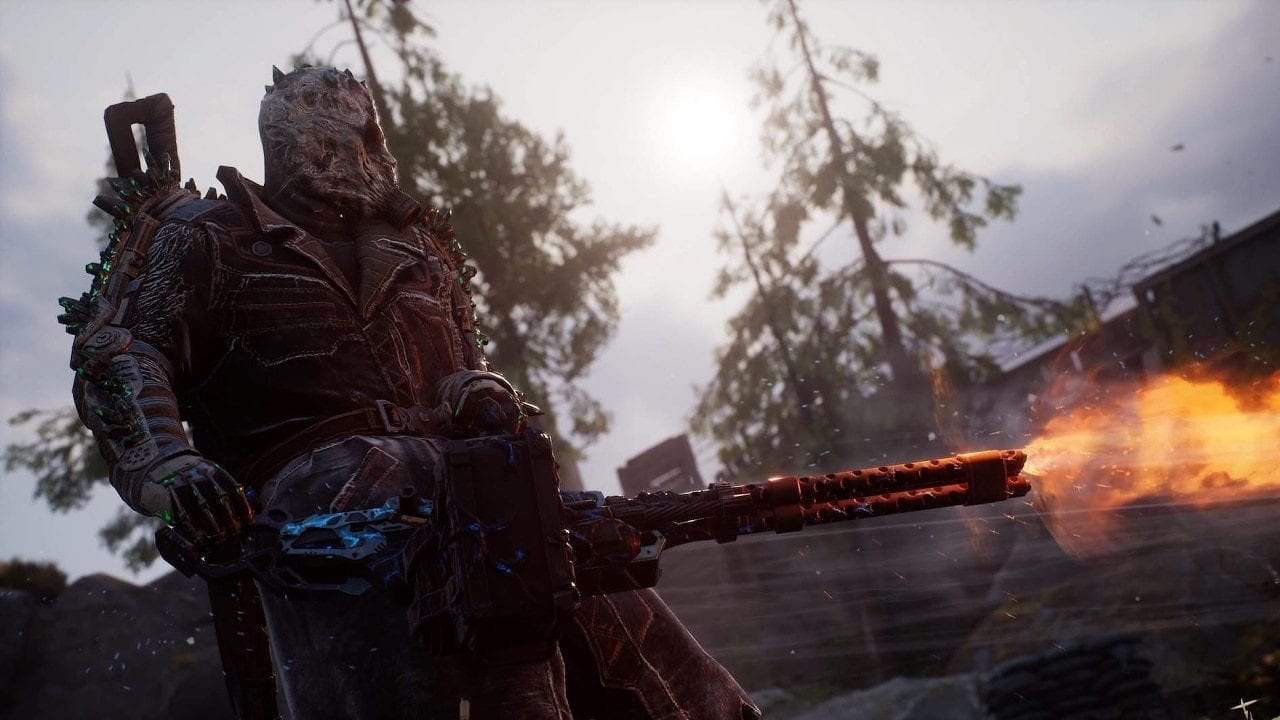 Don’t you hate it when you collect something innocuous thinking it’ll help you out only to trick you? While they don’t appear as items in the Outriders demo, there is content that brings you down. Perhaps the biggest downer is the class selection. The powers look cool, but there’s only four to choose from: The Technomancer, Conjurer, Trickster, and Devastator. Aside from having uncreative names, the elements for the powers are standard affair: Gadgets, Fire, Time, and Earth, respectively. What makes it even more disappointing is that you fight enemies that have powers that you can never hope to have! It speaks volumes when enemies have options that you don’t.

The next stop on the Lackluster Liner is the weapon stop. Almost every single shooting game relies on having an arsenal of rifles, shotguns, handguns, and so forth. Even though it can be fun to use these, they’re almost ALWAYS THE SAME. Did I mention that this is a game that takes place far into the future on a completely new planet? It is and we’re still using rifles, shotguns, and handguns. They don’t even look futuristic. In games like Mass Effect and Destiny, the weapons behave similarly to these, but at least their effects look flashy or have buffs that take visible effect. In Outriders, you can’t even change the type of ammo you have!

I can’t continue without briefly discussing the aesthetics. Though everything nice and pretty, it’s still very lacking. It feels like they made maybe five to six distinct character models and the rest are just templates. I was playing as the female avatar and anytime she spoke to another female character she may as well have been talking to a mirror. Also, cutscenes (and there are a lot of them) are frequently jumpy which is disorienting.

Lastly, there’s the mission and quest system. The opening mission is great, allowing you to run around in open beautiful wilderness. You get to witness environmental hazards and even fight an alien creature. This immediately gets kicked to the curb by a dirt-colored warzone-scenario where you run around junk-like structures. In the story missions, you go from point A to point B killing anything that gets in your way. During quest missions, you do the same and sometimes you have to find something. If this game wants to be a rewarding and interesting MMO, it’s going to have put in some more effort.

The Future of this Future 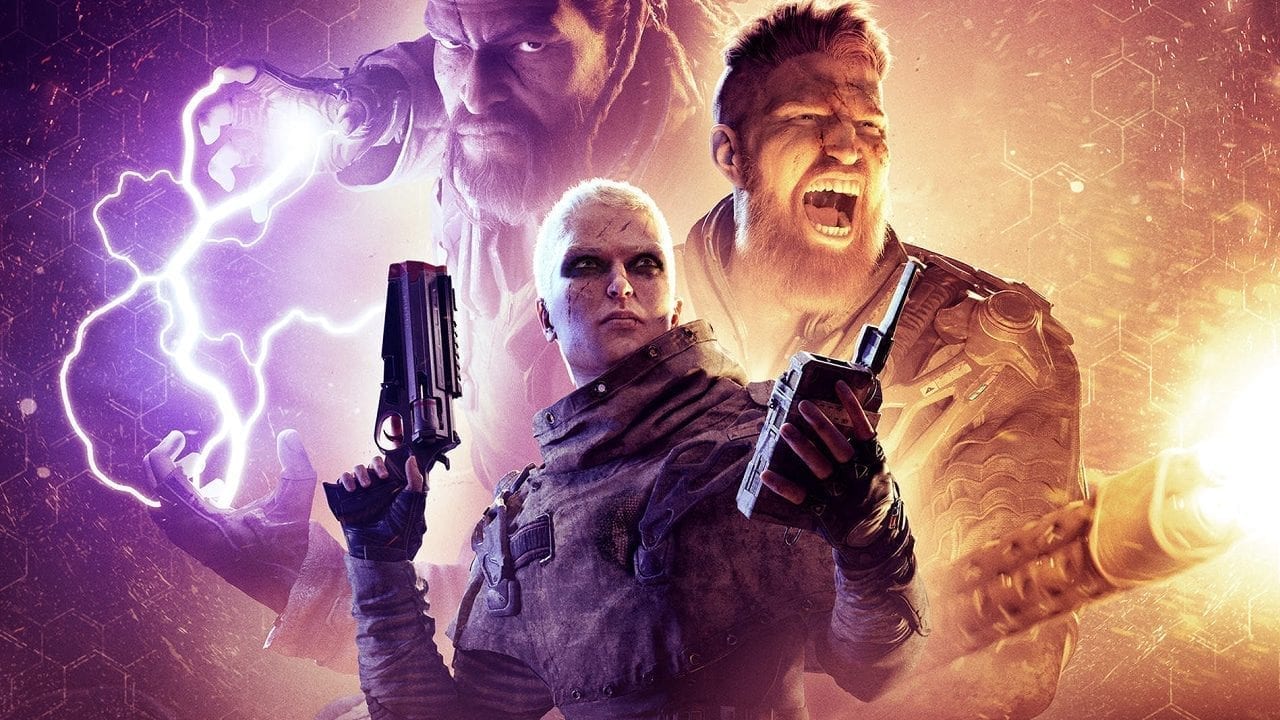 Outriders is a cover-based shooter with super powers set in a post-apocalyptic future on another planet. Using powers feels good, but everything else dulls how bright it shines. What really saddens me is that this perhaps the least creative game I’ve played that involves People Can Fly.

Please bring back the wild and weird weapons that I know you can create. People Can Fly made the Timber Launcher, Kickball Bomb, and many more. That goes for the powers as well, just get crazy with them. Here, let me help: A class that allows you to control insects and a javelin that scatters cluster bombs as it flies. Ooh! A class that allows you to control gasses and a face-hugger launcher that shoots lasers in random directions after it attaches. Outriders has the potential to be great, and I hope to play it again.

If you’d like to try the demo for yourself, you can download the Outriders demo on Steam for free. The full game is set to release on April 1, 2021.