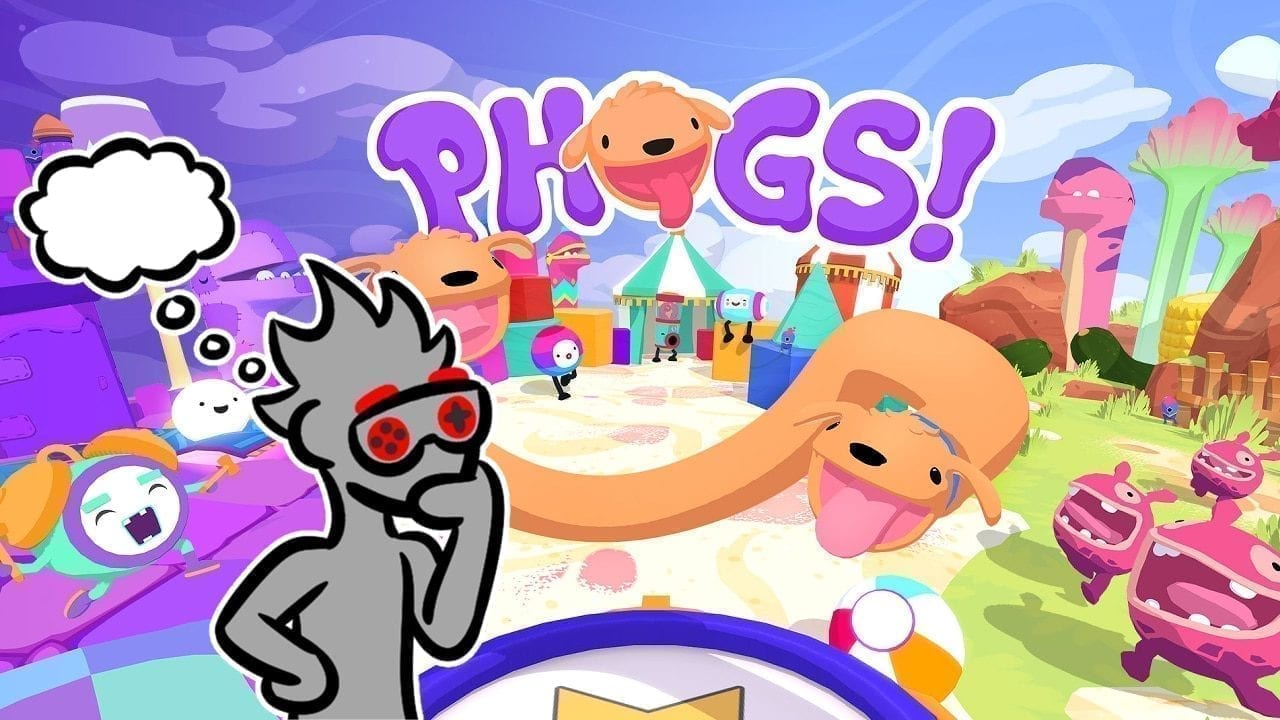 If we ever need to remind ourselves that purity exists all we need to do is look to the nearest dog. These animals are so good that they could make the nicest person ever look like a monster. So it only makes sense that dogs make great heroes and it seems Bit Loom Games thinks the same. Its soon-to-be-released game PHOGS is a 3D puzzle adventure following an elastic sausage dog with heads at either end. The PHOGS demo quickly highlights this as both a co-op game and a solo co-op game. This may sound strange, but what’s there to play makes things pretty clear…

From what’s presented, it seems the PHOGS demo story has a certain pickup-and-go sort of feel. You are a two-headed sausage dog who wakes up one day and decides to go on an adventure. The goal is to travel from one world to the next by overcoming obstacles and helping out friendly characters along the way. There doesn’t seem to be any conflict beyond “there is a wall in my way” and that’s perfectly fine. Getting to play with an adorable dog duo is all the motivation you need to drive you forward.

Such a Good Dog! 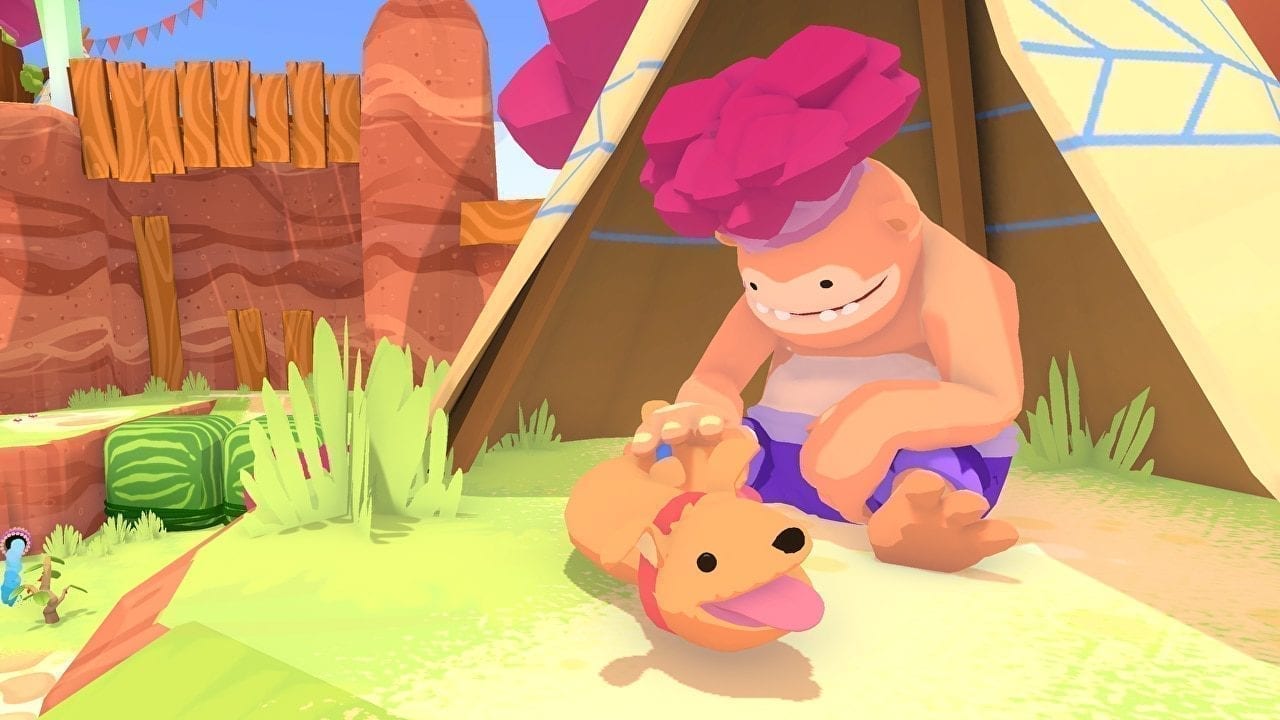 Starting off with the gameplay, it’s most reminiscent of Brothers: A Tale of Two Sons. The main gimmick of A Tale of Two Sons is that it’s a co-op game that you can play with yourself, and the PHOGS demo is quite similar. You control one body but the two heads control independently with blue using the left buttons and red using the right. Though it may take time to get dexterous, doing so yields a tight and smooth response. Movement feels good and interactions are quick without being too precise. The grab-and-pull physics work well and the sausage body elasticity is pretty generous.

Referring to physics, they’re the star of the puzzles. Each world sort of feels like a huge toy box with some loose pieces rattling around which fits the tone. Presentation makes it clear what’s part of the scenery and what’s free to move around. Most of the puzzles involve maneuvering the dog heads in different ways, either performing the same action or different ones. This paves the way for a number of swing sections and object navigation through obstacle courses that are challenging without being frustrating. It’s very easy to get into a groove and enjoy the gameplay.

The aesthetics of the game match the doggy protagonist: Pure fun. Every world is colorful and clean with inhabitants to match their surroundings. Again, like a toy box, there’s playful messiness to it that emphasizes some of the absurdity. While the tone never drops from happy, each world has a different degree in it from an energetic party to a peaceful night. The music is pretty simple but helps create a nice environment to explore and linger around in for a while. All of these pieces are coming together to make a puzzle place that you don’t mind spending multiple attempts getting through. 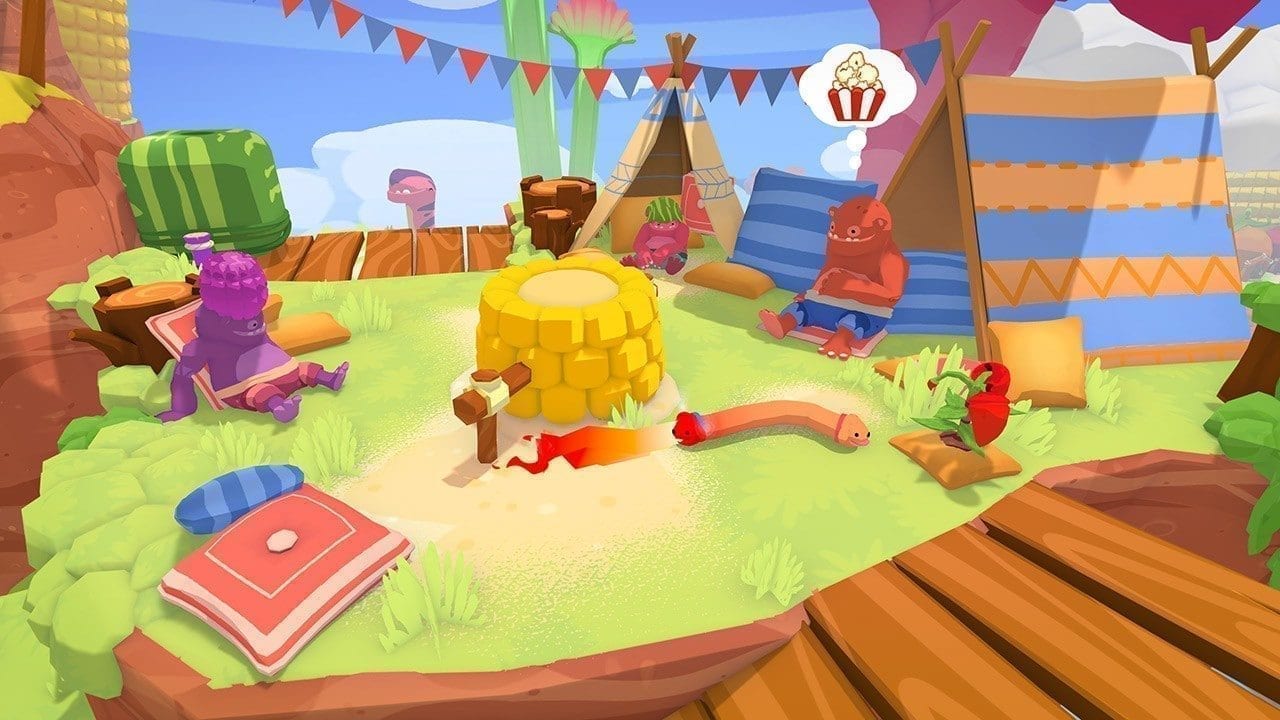 Everyone makes mistakes, even the pure angel creatures known as dogs. There are few things in the PHOGS demo that could use another look.

Perhaps the biggest issue is the level of difficulty. As mentioned above, there is a certain amount of challenge — but it does feel likes it lacking. Some puzzles may have more steps to them but they’re not more difficult. The main thing that a player might struggle with during their play-through is the control scheme which distracts from the puzzles. Though there’s nothing wrong with the controls, having to remember how to coordinate them is a personal challenge rather than a game challenge.

The worlds are diverse but so is their content. One world can be filled with objects, characters, and activities, and then the next world downplays one or multiple aspects. When each world has the same amount of whimsy, there’s reason to want to see more which isn’t always possible. There’s also the problem that some are trickier to move through held back by the fact that the doggy duo can’t jump.

Finally, there are small bugs that pop up here and there. It’s possible they may be a fault of the PHOGS demo, but still worth mentioning them nonetheless. There are times where the dog heads glitch into themselves which is unsettling. Other times there random moments of visual lag and audio skipping that interrupts the experience. These may be small gripes but let’s hope they don’t pile up.

Time for a Walk 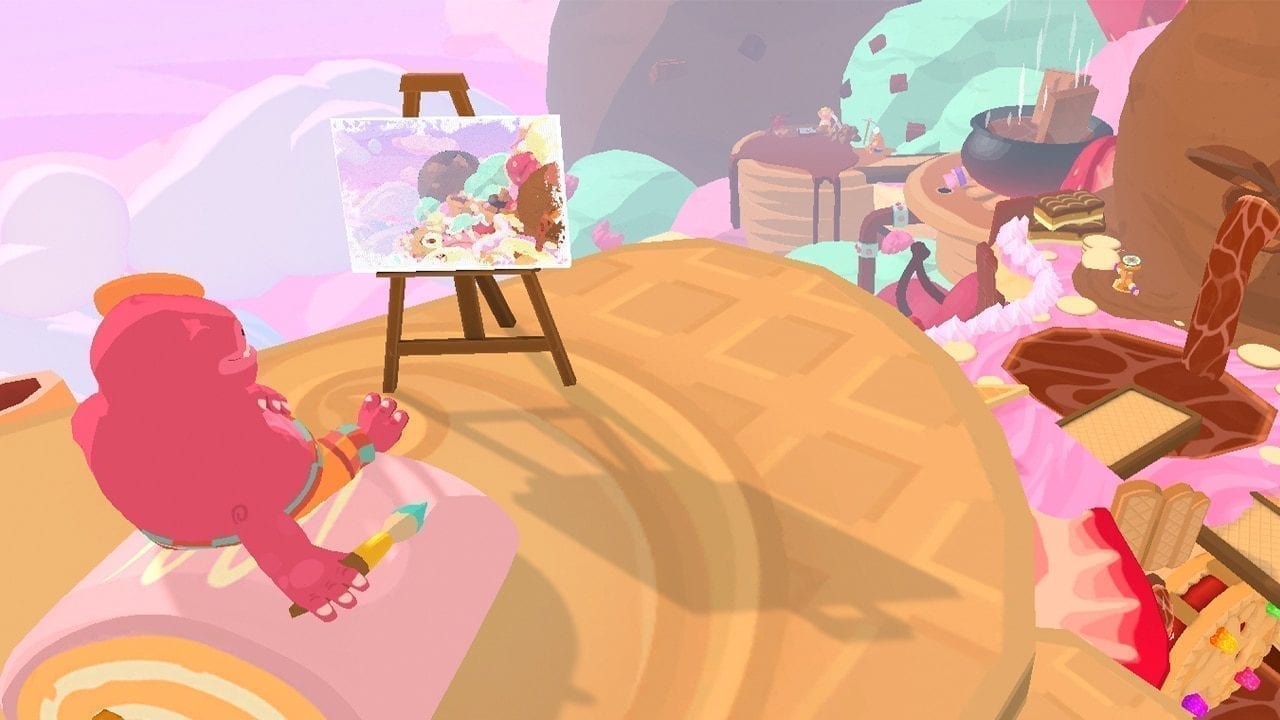 PHOGS is a 3D puzzle title about a two-headed sausage dog going on a whimsical cartoon adventure with physics. While not the most engaging or challenging game, it’s a fun and charming experience that anyone can enjoy. The demo is still available for people to enjoy and is expected to be released on December 4, 2020 for all major platforms including Switch, PS4, and Xbox One. If the PHOGS demo can say anything about the full game to come, it’s purebred fun.