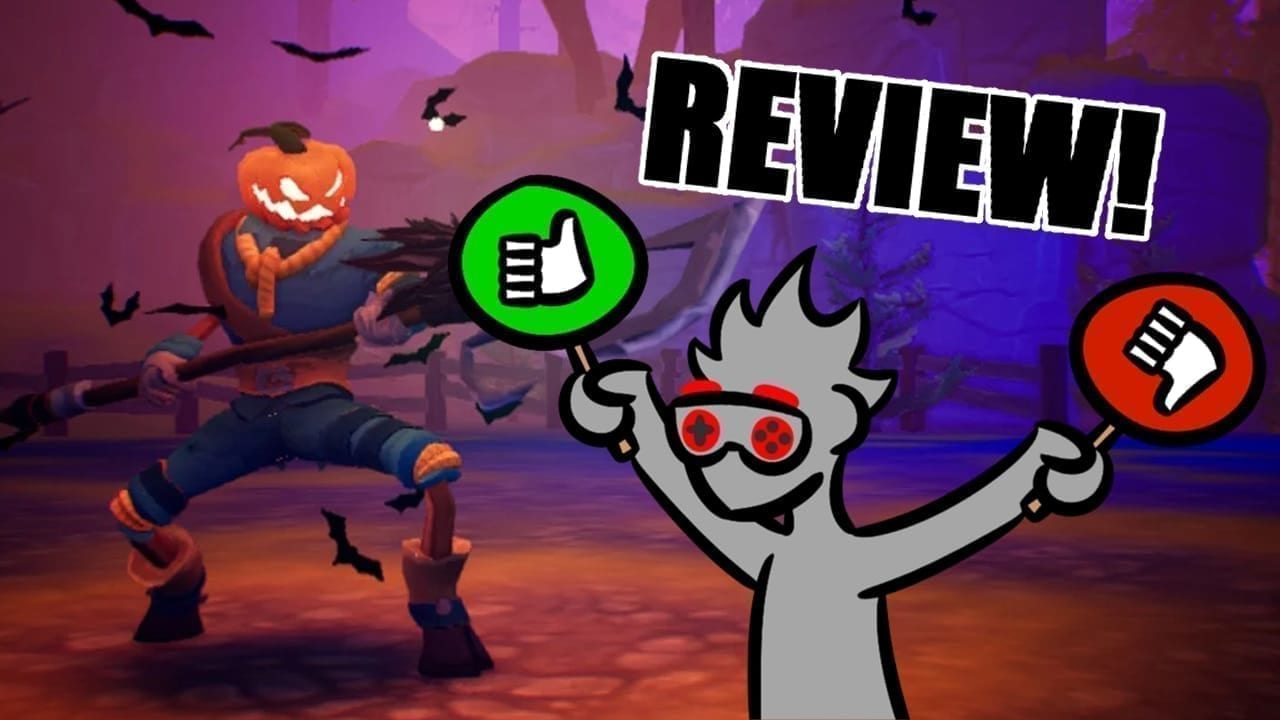 Usually I’d start things off with a statement about how Halloween is almost here, but let’s give that undead horse a break. There’s still time to plan for the occasion, though, and that includes new games such as Pumpkin Jack. Brought to the masses by developer Nicolas Meyssonnier, Pumpkin Jack is a 3D action-adventure platformer that fits neatly into the Halloween scrapbook. And while the game definitely has a likeable charm, it unfortunately suffers setbacks in the content and gameplay.

This Pumpkin Harvests YOU 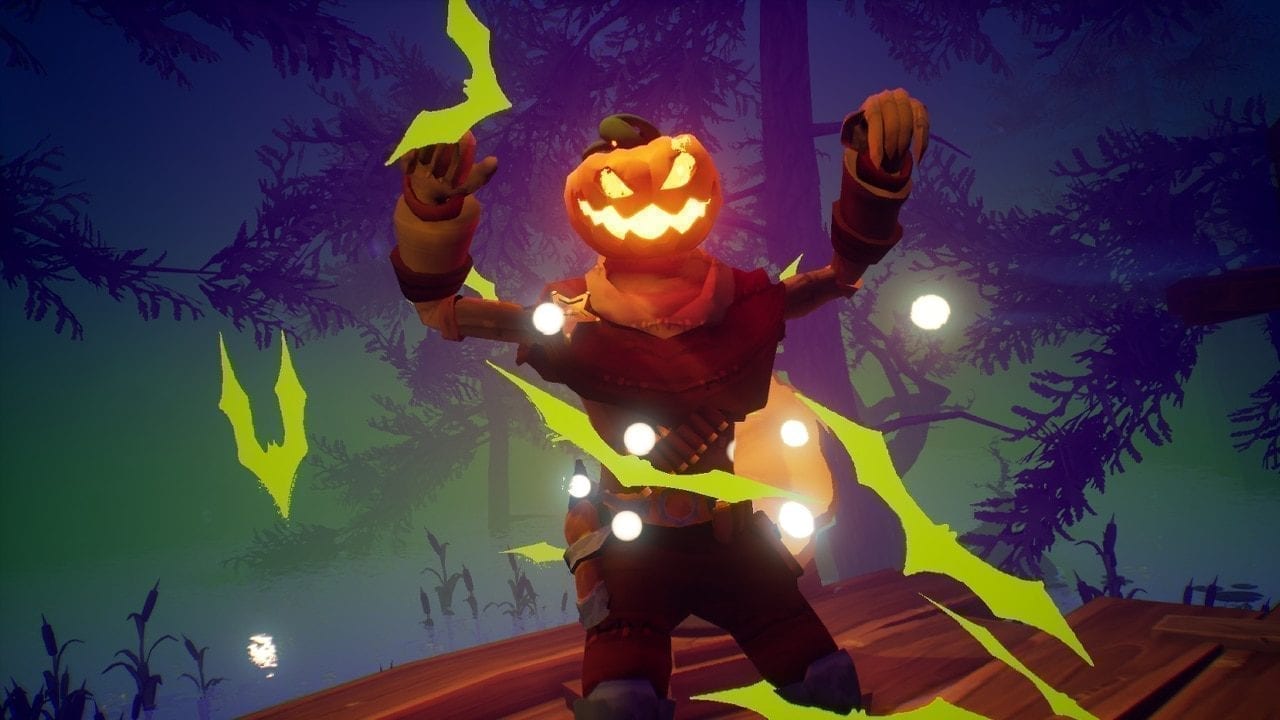 What first drew me in to Pumpkin Jack was the story. It’s not every day that you get to play the Hero for the forces of Evil. You take on the role of Jack, a master trickster sent by the Devil to defeat a Wizard working for the good guys who want to end Evil’s reign. It’s not a complex story, but it’s solid and provides all the motivation needed to go questing. Also, it can be very enjoyable to play as a protagonist who’s never even even seen a moral compass, let alone has one.

Next, despite the arguably dark-ish nature of the story, the art is fun and pleasing. All the character models are simple but distinct, with a surprising amount of color considering some of the settings. For the most part, all the enemies have noticeably different appearances, making them obvious even from a distance. The environments also have a chunky and abstract look to them. Overall, the world and its inhabitants create the impression that something is off, which suits the theme of the “Villain’s Journey.”

Inspired By the Classics

The more I played it, the more Pumpkin Jack reminded me of MediEvil and the original Castlevania. I can’t speak for everyone, but those are two games I think have great design aspects. Pumpkin Jack presents six long, linear levels with some exploration and a boss fight at the end of each one (much like with Castlevania). During his undead adventure, Jack gets various destructive tools of doom AKA weapons (as in MediEvil). While this may sound short, it’s short and sweet, which many folks can appreciate.

Lastly, there are the boss fights and mini-games. Like most players, I love fighting colorful authority figures, and Pumpkin Jack has plenty of those. As mentioned above, you’re guaranteed to fight a boss at the end of each level, which builds anticipation well. Each boss has a different look and feel to them while fitting in thematically with the level. This is also the case for the mini-games: Each level has its own rail sequence which changes up the pacing and adds variety to the gameplay.

Not Always Trick or Treat 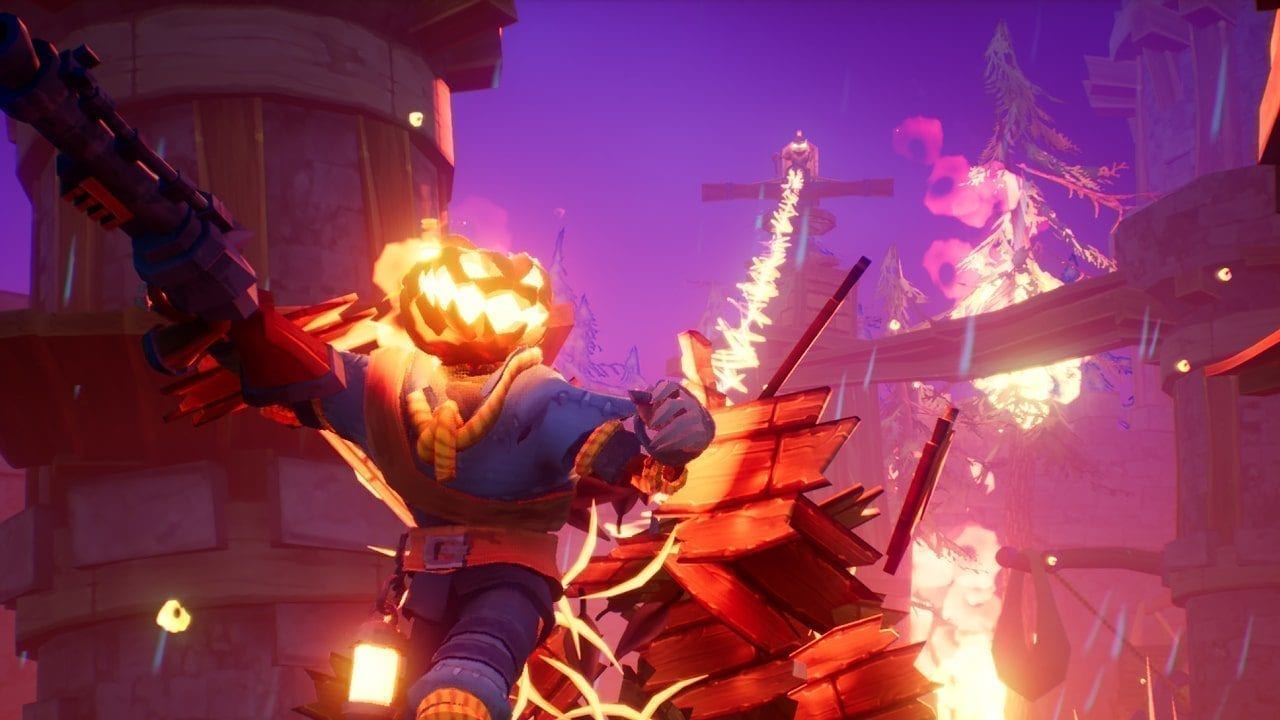 As is Halloween tradition, to every treat must come a trick… but, like, a mean one.

I mentioned the weapons previously, but they warrant further explanation. While the game does provide a decent selection of weapons, there’s very little reason to switch between them. There’s literally no reason to use the Shovel past the first level, and once you get the Shotgun (no joke) the game may as well lock it in. I mean yes, it’s not the strongest weapon, but it is fast, ranged, and has a wide area of affect. Also, it’s just funny to watch Jack run around a medieval world with what is essentially the Spread Gun from Contra.

Secondly, there’s little to no value in the collectibles. There are only three collectibles in the game: Crow Skulls, Gramophones, and health particles. Each level has 20 skulls and a hidden gramophone to find, which are used to buy skins and watch dance numbers respectively. While the skins and dances are fun to look at, they don’t really serve any purpose beyond that. Considering that these are the only collectibles in this 3D platform game, it’s disappointing that they don’t have more usefulness.

Put Up A Fight

Of course, we can’t forget about the combat. Leading up to its release, a lot of gameplay footage focused on fighting enemies — but it’s not exactly clear why. Most fights involve spamming the attack button as enemies swarm Jack to eat his delicious head. The fact that the average baddie isn’t even phased by most attacks makes combat feel less satisfying. Furthermore, when you’re not battling hoards, your crow friend is picking off lone enemies from a distance. The crow hits hard, and from such a range that you’ll pretty much be safe from any counterattacks.

Lastly and perhaps most importantly, the game is buggier than Jack’s rotting body. Again, I’m just gonna list some of the bugs I found: Sometimes Jack would glitch through set pieces as if they weren’t there. On multiple occasions, I could target and hit enemies with the crow through solid objects. In one level, I was able to avoid a mini-game by jumping over the side of the starting point. Finally, in what’s probably the most frustrating bug, I could not fight the final boss because Jack would continuously bug out during the intro cutscene. 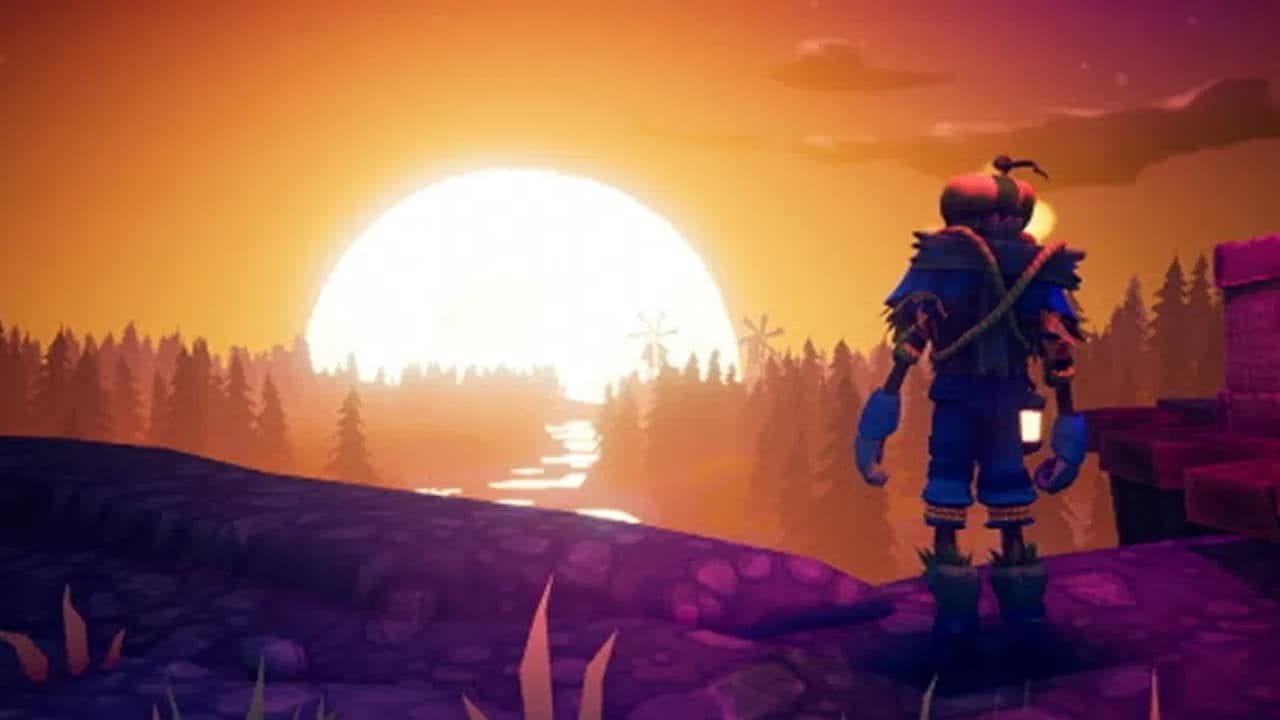 Pumpkin Jack is a fitting Halloween game about a pumpkin warrior going on a quest to stop the forces of Good. It’s short and accessible, but it lacks too much while also having unpredictable stability. I still admire Nicolas Meyssonnier for all the work that went into this game, and hope that he’ll work to improve it. I’ll be keeping an eye out for future titles and recommend this one as a solid Halloween activity to enjoy with a friend or two. As far as hollowed-out pumpkins go, Pumpkin Jack still has plenty of substance.

This review is based on the Nintendo Switch version of the game. Pumpkin Jack is available for purchase now on PlayStation 4, Xbox One, Nintendo Switch, and PC via Steam.