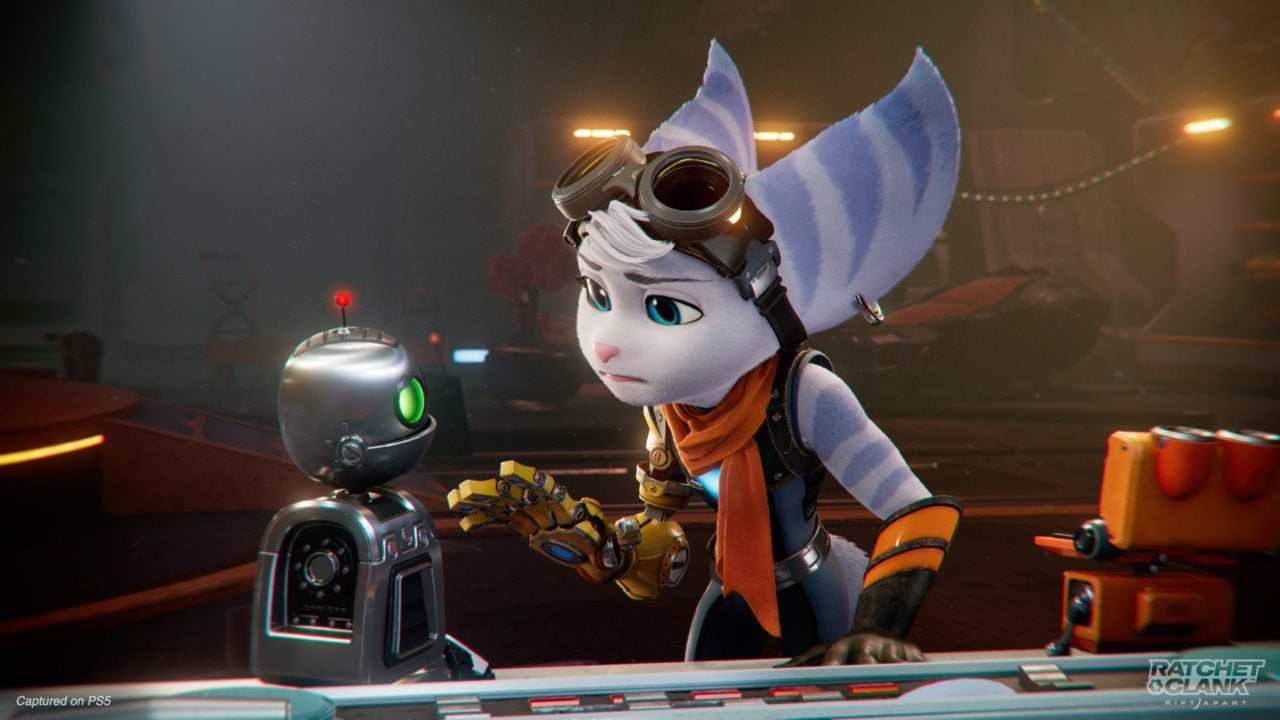 Crucially, Rivet is a Lombax, the same species as Ratchet. Her appearance is markedly different, however – she’s a pinkish hue instead of Ratchet’s trademark orange and brown fur. Interestingly, though, they don’t share the same home world. Ratchet is from the planet Veldin, while Rivet comes from Sargasso, as the tweets reveal. Described as a “swampy backwater” that’s “a perfect place to hide out,” perhaps suggesting Rivet is keeping secrets concealed. It’s a safe bet to assume we’ll get to play on Sargasso at some point, be it in flashbacks or the main story, considering she’s one of the game’s playable characters.

Just as Ratchet is famed for his OmniWrench, you’ll rarely see Rivet without her hammer. The recent gameplay trailer suggests it will function in a similar way to Ratchet’s weapon, smashing objects and pounding enemies. Comprising of a hyper-grip handle and an ultra-light teratannium base, it’s a tool sure to bring something new to the game. The tweets also confirm that the PlayStation 5’s DualSense controller will play into using the hammer, with haptic feedback to ensure “you feel every swing.”

Most excitingly, we also got our first glimpse of Rivet’s backstory. Her task seems aligned with Ratchet’s, geared on “saving the Omniverse” as Doctor Nefarious tears a rift between dimensions. The tweets label her a “freedom fighter,” suggesting she’s got a rebellious streak. Considering her dangerous home planet, she’s certainly got a personal stake in this battle.

More Ratchet and Clank: Rift Apart reveals are due later this week. PlayStation’s State of Play event takes place this Thursday, April 29. Developer Insomniac Games has promised more than fifteen minutes of new gameplay, so fans will finally get to see the game in action. Based off today’s tweets and the upcoming reveal, Rivet is sure to stick around for a while to come.