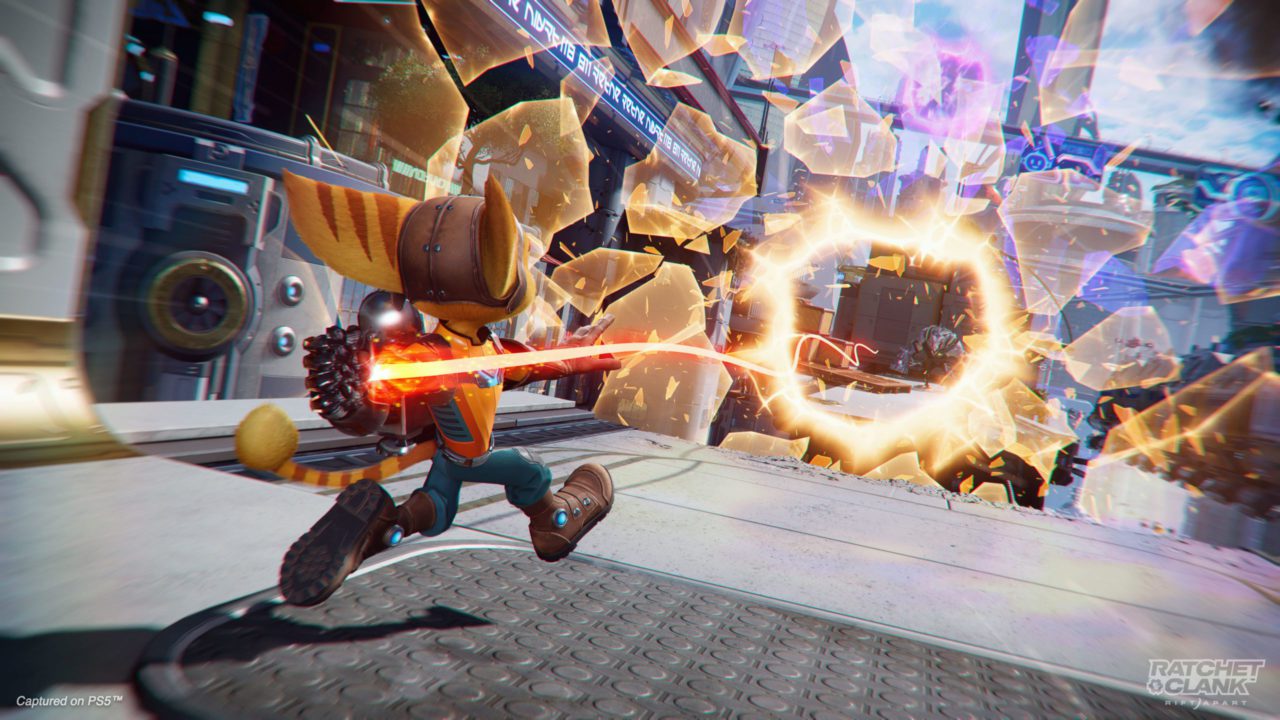 A new trailer for Ratchet & Clank: Rift Apart highlights the different types of adversaries players will face. It also outlines the game’s story while exploring some of the new entry’s characters, worlds, and species.

The new trailer is a minute long, comprising of Zurkon Jr. running through Rift Apart’s plot. As we already know, our heroes will hop through worlds as a “dimensional cataclysm” unfolds. The evil Dr. Nefarious capitalizes upon this, becoming an emperor in the alternate dimension world of Corson V. It’s then up to Ratchet and Clank to save the day, but they become separated, with Clank teaming up with a Lombax called Rivet. Together, they’ll team up to take down Nefarious, and restore the dimensional balance before it’s all ripped apart.

Most excitingly, the trailer shows off a range of new enemy types. We already know about some, with previous trailers highlighting drones and animals to fight. This trailer ramps it up, though, showing off some boss battles and much more threatening enemies. The first is a much larger robot controlled by Dr. Nefarious, with a red laser shooting out of its head. Standing next to Clank and Rivet, it destroys a mid-air transport before facing our heroes, suggesting a big boss battle to come.

The trailer also shows Ratchet facing a group of Nefarious robots with red-studded boulders for fists. This seems to take place when he sneaks into Nefarious’ control room, with these drones acting as security to remove him. Their bulky hands and imposing presence will require a tactical approach from players to defeat. We also see a scorpion-like Nefarious drone,  with pincers for their hands and a long, metallic spine as its body. This again seems like a Rivet boss battle, as she approaches with her hammer equipped. The red dots on its body may be weak points, but it’s so big that any fight will be a challenge.

The trailer also teases a new game mode called Clank Puzzles. There isn’t much footage, but the mode seems to focus on traversal and problem-solving in a Tron-like technological environment. This, and more, will be accessible when Ratchet & Clank: Rift Apart releases on June 11.