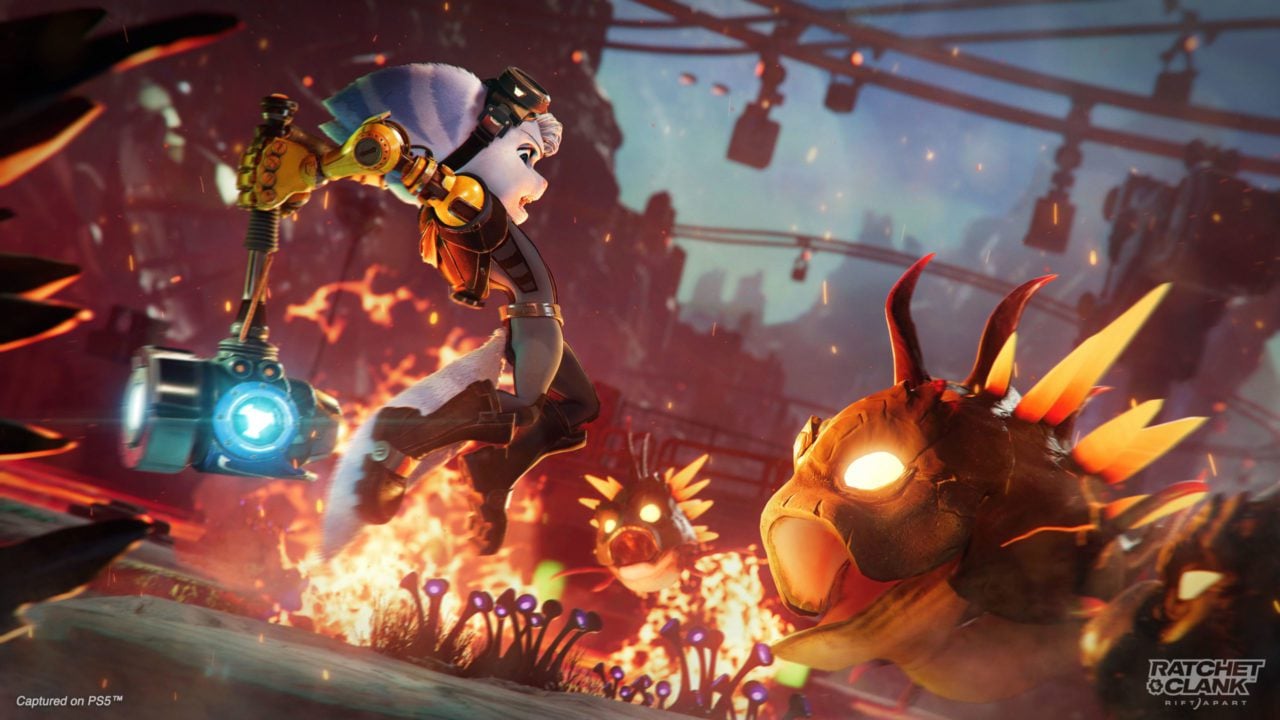 A new trailer for Ratchet and Clank: Rift Apart shows off the range of worlds players can visit in the game. A minute-long clip from the official PlayStation YouTube channel shows how varied the game’s world is by exploring a few of its planets.

The first planet in the video is Corson V, and its capital, Nefarious City. It’s where the opening of Ratchet and Clank: Rift Apart takes place, as Ratchet lands in the alternate dimension. To his dismay, he learns that his adversary, Doctor Nefarious, is the emperor of this city-based planet. It’s at times very dark and dingy, with giant statues of Nefarious lining the streets. Each planet brings unique gameplay opportunities, and Corson V focuses on traversal. Ratchet is able to run across walls marked with arrows and jumps in mid-air to reach other walls, which are driven along roads. Similarly, it shows Ratchet using a grapple to get past ledges. Without a doubt, developers Insomniac Games’ work on the Spider-Man games will have helped refine the swinging here.

Next up is Sargasso, a grassy and green planet. It’s the home planet of Rivet, the other playable Lombax in Rift Apart. Previous material describes it as a “swampy backwater” that’s “a perfect place to hide out,” maybe suggesting Rivet is hiding something. It’s a landscape rich with varied animals and plants – and Rivet can even ride some of the world’s bugs.

The next planet is Torren IV, where we see the Monoloth Gulch. It’s a sandy and desert-like area, reminiscent of the Mad Max world. Scrap metal and poorly made huts fill the landscape, but the focus here is traversal. A clip shows Rivet grinding along light blue rails at neck-break pace, catching up to a train in the distance.

As the game focuses on dimension-hopping action, the trailer promises “new versions of old planets”, suggesting Rift Apart will contain some nostalgia-filled levels. The trailer doesn’t specify what regions we’ll get to see again, but it’s a very exciting prospect.

Players can explore all of the Ratchet and Clank: Rift Apart planets when it launched June 11, 2021.