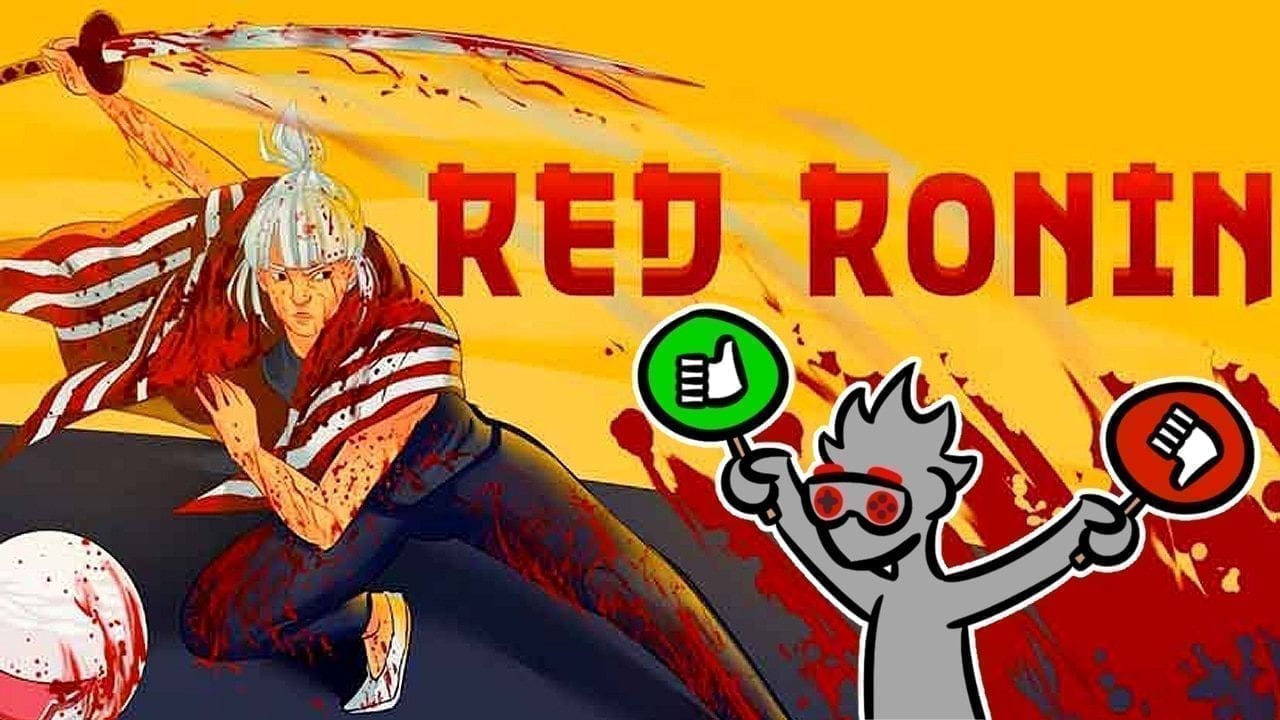 There used to be a time where combining samurai with the future would’ve sounded ridiculous. Nowadays, with hits like Katana Zero and the Shadowrun series, futuristic sword-wielders are commonplace. We’re at a point where we don’t even question why samurai is still a viable occupation in the cybernetic future. Yes, they may wear shades and cool coats with bionic body parts, but they’re still running around swinging a sharp piece of metal. This proves to be the case for the upcoming game Red Ronin from developer Thiago Oliveira. With a blend of slashing and strategy, this game has the potential to be a memorable addition to the cyber-samurai family. But how well does this new swordbearer fit into a dystopian future?

Why Draw the Sword?

Most people associate samurai with honor, dignity, and focus. They are one of the true types of warriors who learn to fight while seeking a life free of conflict. However, they owe a lot of this structure to their mentors and peers. The thing is, when a samurai continues without a master, they become a Ronin — a rogue samurai. As such, Ronin will act as they see fit, which is exactly what the protagonist of this game does. The player takes control of Red, a future-samurai part of a small criminal group for hire alongside her master. During one fateful job, everything goes to hell, and the members abandon the mission, and by extension, Red.

After months in captivity enduring torture, Red escapes with the help of her robot orb Isaac. Once home, she decides to hunt down every one of her former allies out of revenge for abandoning her. Revenge stories almost never turn out well, but they do serve as fantastic motivation. 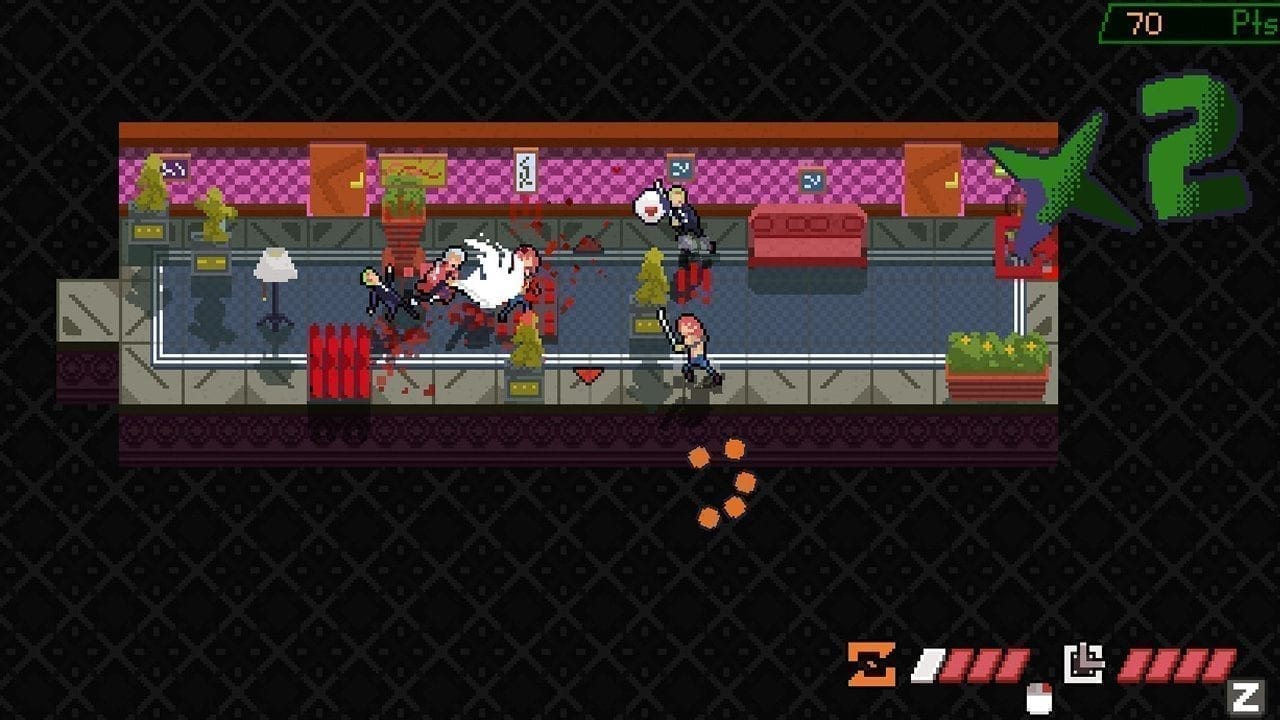 A true samurai never stops training, always looking to exceed their limits and become more. During that time, they may discover new techniques that are truly impressive. Red Ronin has been practicing and has been hitting some sweet spots. The first is the speed of the game. When we picture samurai fights, we tend to picture lighting quick movements and multiple clashes of light. We want to see warriors zooming across plains in seconds and cutting down enemies in an instant. Thankfully, that’s exactly what this game is all about: Controlling a lone warrior, facing tons of enemies and slicing through each one. Each battle is contained, fast, and flashy.

Another of these techniques that the game explores is a simplified form of strategy. Referred to as a tactical experience, there is plenty of thought that goes into each encounter. Each chapter has a certain number of rooms to complete, and each room has a set number of enemies and obstacles. Red who can dash in one of the four main directions: North, South, East and West. However, she won’t stop until she hits a wall. She can kill most enemies by dashing through them, but can only take one hit herself. The various tactics provided by Isaac offer options and even solutions to getting around difficult spots. It’s simple on the surface, but reaches to deceptively difficult depths.

Then there are the boss encounters. It’s not always easy to make challenging and memorable bosses in strategy games. Usually, you’re so focused on where all your characters are and where the enemies are that the boss just kind of blends in. Also, there’s the strategy of simply surrounding the boss with all your strongest fighters and dogpiling them. Red Ronin does away with all that by having a lone warrior. As such, every boss encounter feels like a duel. Each one has a different personality and tactics that you need to learn so you can counter them. On top of that, the boss encounters are live, so they’ll move and attack even while Red stands still and the player thinks. They keep you on your toes, so stay sharp.

Lastly, the aesthetics work quite nicely. The game has a simple but colorful pixel art style with detailed and vibrant backgrounds. The sounds are loud and satisfying, with solid musical tracks to accompany what’s happening on-screen. 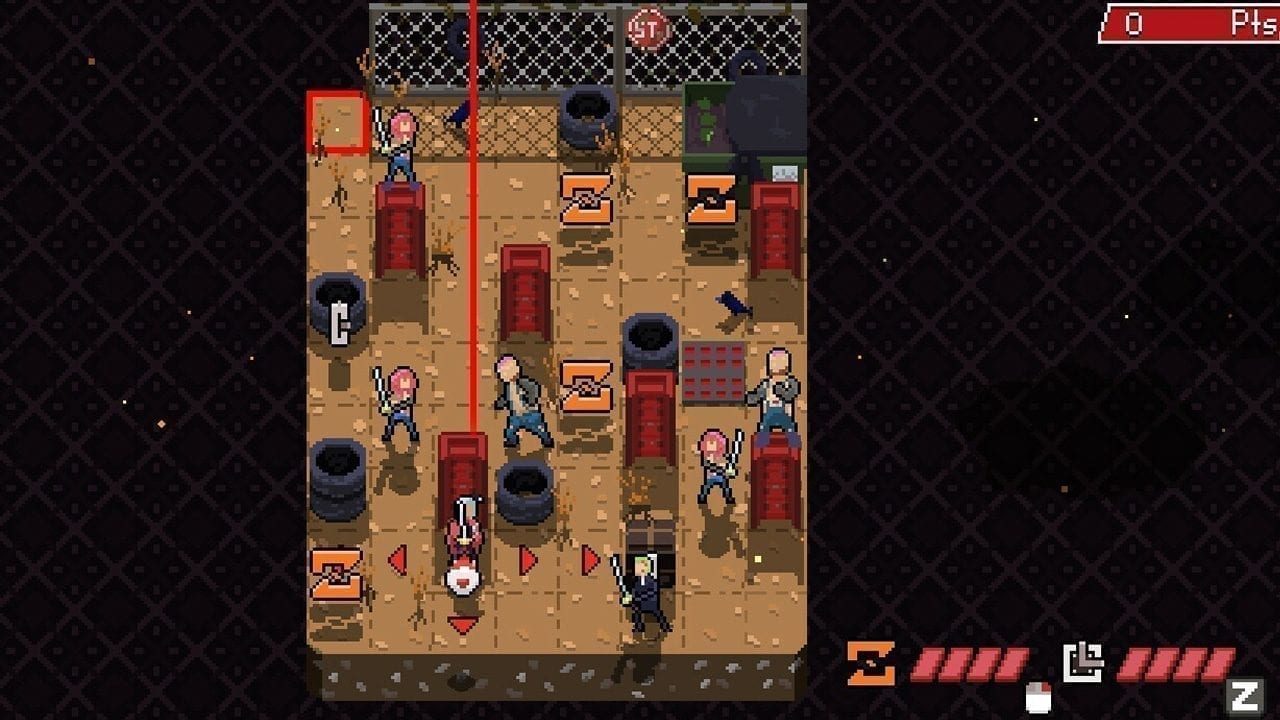 You only get better with practice, and through practice you’re able to get a handle on what really needs improvement. Sadly, Red Ronin could use some more time to sharpen its technique. With this, it’s worth mentioning a pretty big comparison this game makes: “Katana Zero meets FTL: Faster Than Light”. I have no problem with the former, but the latter feels like quite a stretch. It’s true, both Red Ronin and FTL are tactical games, but that’s like comparing a grilled cheese to a shrimp toast club. FTL has so many more layers, complexity, and RNG elements that it requires a completely different kind of thinking. There’s nothing wrong with Red Ronin’s simpler take on strategy, but it shouldn’t try to call itself different.

Another point that could use some sharpening is the variety. There are over eight chapters in the game, but there are only a handful of enemy types. And considering how long each chapter is, it loses some flavor in that regard. On top of that, you only control one character at any given time, with only two Isaac powers and a third power to play with. What also hurts is that two of the enemy types can’t even be destroyed, only avoided. It’s a shame there isn’t more variety when the bosses are pretty creative by comparison. There’s so much space to work with in this game, it just needs to be filled.

Lastly, there’s the matter of feedback. Chapters don’t have a counter, so you have no way of knowing how many rooms you have to clear. This makes it feel like you aren’t making progress. Also, there’s no “Undo” button, so if you accidentally make one wrong move, you just have to die or restart the whole room over. Finally, this game is decently text heavy, but there are frequent grammar errors. It could’ve used another pass through spellcheck.

Red Ronin is a tactical hack ’n’ slash game about a cyberpunk samurai seeking revenge playable on PC with consoles ports in the future. It’s a fast-paced simple-strategy combat experience with a lot of content. Though it lacks variety and good feedback, it’s still interesting and a solid challenge.

This review is based on a PC download code provided by the publisher. Red Ronin is available now for PC via Steam.