Rogue Legacy 2 Scars | Where to Find 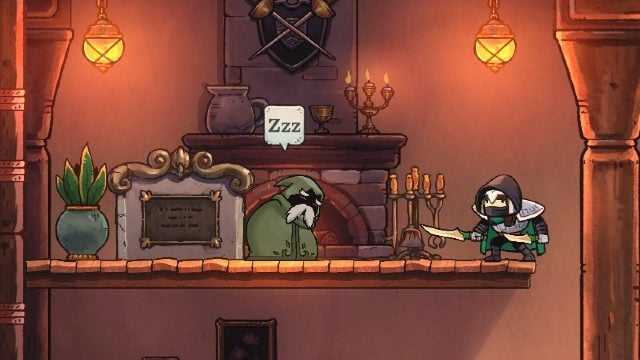 Rogue Legacy 2 doesn’t end once you’re through with fighting the final boss. The game offers unique challenges known as the Scars of Erebus for the player to tackle. These Scars can be accessed via the Drift House with Geras, the wise NPC with narcolepsy. Completing these challenges will reward the player with trophies and soul stones, but we’ll need to unlock them first. Thus, it’s our mission to find all of the Scars throughout the Kingdom.

Where to Find All Scars in Rogue Legacy 2 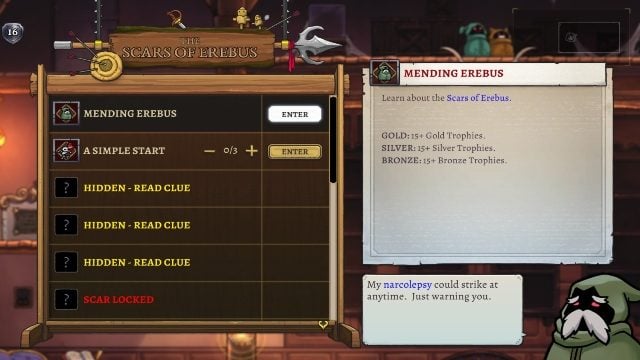 The Scars of Erebus act exactly like optional challenges that can be repeatedly played without major losses for the uninformed. This means that if you die within a challenge, you’ll simply return to the Drift House with all of your stats and gear still intact. There’s almost no loss here except for the expected frustration of failing a Scar’s activity. However, if you succeed in these trials, you’ll be given a ranking, a trophy, and soul stones to spend at the Soul Shop. With your accumulated soul stones, speak with the Keres Twins at the top level of the Drift House. From there, you’ll be able to buy special gear, manor upgrades, mastery levels, fabled classes, heir selection, and unique converters.

But before we can go shopping for upgrades, we’ll need to locate all Scars of Erebus along with their prerequisites. Most of them will task the player with defeating specific Estuaries, so be ready to do some hunting and slaying. There are 16 Scars of Erebus, and here’s how you can find all of them in Rogue Legacy 2.

The first Scar acts like a tutorial, introducing the nature and lore of the tough gameplay associated with the challenges. All you need to do is defeat your first Estuary then speak with Geras after unlocking the Drift House. This one is basically given to you, and it’s definitely the easiest of the challenges since this one focuses primarily on narrative. You’ll receive your first 100 soul stones upon completing Mending Erebus.

After running through Mending Erebus, A Simple Start will immediately be unlocked. This is your first real Scar, and you’ll need to defeat all monsters as you time yourself during combat. You can’t miss it; it’s within Erebus and it’s next to Geras as you progress through the Mending Erebus section. This Scar is known as Geras’ Memory.

The third challenge can be unlocked by also going back into Mending Erebus and finding a fireplace. In a way, the game gives this one to you as well. Progress through Mending Erebus until the game hints that Scars are hidden everywhere and speaking with Geras can unveil clues in regards to their locations. Next to the fireplace is a breakable wall. Use your spell or talent on the wall to smash it open then proceed within the hidden entrance. The Heavy Weapons Scar will be right in front of you.

Our fourth challenge can be unlocked by starting up the next run at the Citadel Agartha entrance. It’s floating to the left of the golden doorway; therefore, you’ll need Ivy Canopy to properly reach it. You also have to slay Estuary Lamech before Two Masters is available altogether. You most likely have seen this Scar whenever you start up a new heir to enter the Kingdom. 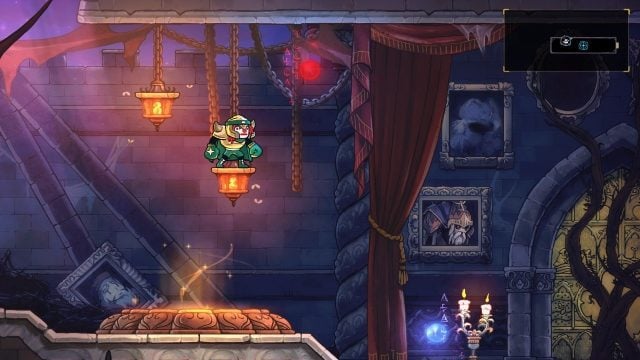 Enter the Pizza Mundi spot within the Axis Mundi region after defeating the area’s main boss with the Dwarf trait. Inside the Pizza Mundi, a stack of wood and a barrel sit to the far left. Destroy this stack to reveal a crack in the wall. While there’s no prompt, interact with the crack to gain access to a secret room. The Scar will be to the far right of the secret room.

After you defeat Estuary Naamah, reach the Far Shores of the Kerguelen Plateau. If you can recall, you’ll need to approach the heirloom statue that gifts you with the double jump ability. At the edge and behind the statue, use a spell to break open a hidden entrance along the wall. Go through this newly-opened path to enter a cave; the Bladed Rose Scar will be at the very bottom of this secret location.

The prerequisite for the Closed Space challenge here is to slay Estuary Enoch at the Stygian Study. Upon his fall, enter the giant room. Remain on the same level to approach the final barrel on the left side; interact with it to reveal the hidden room and the Closed Space Scar within it.

Scar number 8 is only accessible after defeating Estuary Tobul in the Pishon Dry Lake area. Next, enter the store room that’s littered with barrels and wooden boxes. Identically to Closed Space, you’ll be interacting with a barrel to enter yet another secret room. In this case, stand in front of the highest stacked barrel on the ground level. While there is no interaction prompt, do so anyway and you’ll gain access to the secret space for Automatons. Within this room, reach the top level to break away the cracked wall on the right with a spell. From here, a prompt will appear for you to interact with. You’re then transported into another secret room; the Automatons Scar will be waiting for you on the far right side of the room.

In regards to the Scars in question, the Spreading Poison challenge can only be unlocked once you’re able to fight Prime bosses. This occurs through the New Game Plus threshold – The Threads of Fate, as they are called. The Prime boss that needs to be defeated for Spreading Poison is Prime Lamech in Citadel Agartha. Once he’s been dealt with, go outside the building where you fought the Void Beast Gongheads in the Stygian Study. From here, use a spell to break away the cracked wall on the right side of the roof. Enter through the cracked wall’s space, where you’ll find yourself inside a secret room containing the Spreading Poison Scar. 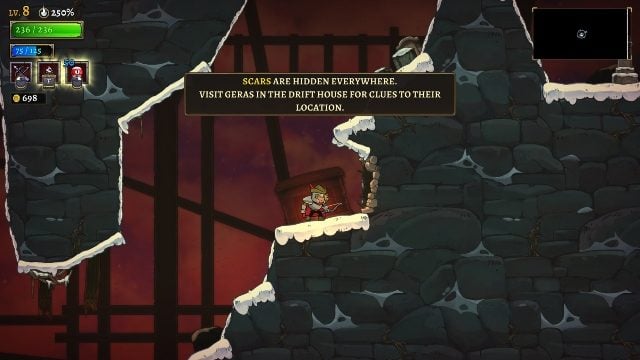 The next Prime boss that must be defeated for this Scar is the Prime Void Beasts in Axis Mundi. This is part of the New Game Plus feature. You can then jump onto the roof of the gatehouse at the end of the region to collect the Scar on the far right.

Firstly, defeat Prime Namaah in the Kerguelen Plateau before you can proceed. Next, break the wall that opens up the lore room for Namaah’s Memory. Halfway through the tunnel to the lore room, blindly interact with the space, even though there is no popup for it. Doing so will bring you to a small secret area with The Rebels’ Road Scar sitting idly by.

The Two Lovers Scar is located in the Stygian Study within Enoch’s Observatory. You’ll have to cross the bridge with the purple clouds enclosing the area. Once you do, approach the telescope at the ledge of the tower then jump down while hugging the wall on the left. Your character will disappear, yet there will be two interaction prompts that guide your way through the unknown. Access the one on the right to enter the secret room filled with treasures and The Two Lovers Scar. Prime Enoch is the prerequisite for this one.

We’ll need to eliminate Prime Irad first before we can get to the Nightmare Premonitions Scar. Return to the room in Citadel Agartha with all of the hung lanterns that lead toward a chest at the top. Use a talent or spell to break open a secret passage on the left side. From there, you can climb all the way up to the top to find Lamech’s Memory and Nightmare Premonitions.

Obtaining the 14th Scar can be a little tricky. Prime Tubal must be defeated, but you’ll need to restart the run to evade any further Estuary encounters. In other words, don’t engage in battle with any boss except for Prime Tubal. Defeating any more bosses will result in this Scar ultimately being inaccessible. Once that’s all said and done, head to the Pishon Dry Lake until you approach the tuning fork right next to the teleporter. Below you lies a river where you can jump down and utilize a spell to break away a secret entrance on the left. Much like in The Two Lovers Scar, you’re presented with two hidden interaction prompts. Direct your attention to the one on the right to enter a cave with The Atlantis Spire floating above some mushrooms. 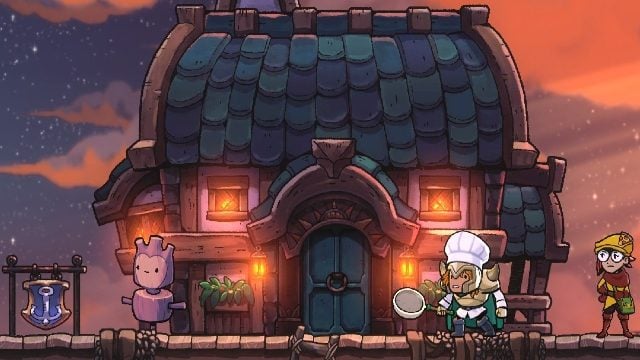 For The Armada, defeat Prime Tubal then make your way to the Far Shores where you obtained Aether’s Wings from the heirloom statue. Halfway through across the water will be a small rock with the Scar floating above. Definitely one of the easier ones to complete here.

Now, Divergent Dimensions is most likely the final Scar that you will get, for you’ll need to defeat Prime Cain – the Prime version of the final boss. Additionally, somewhere along your Rogue Legacy 2 journey, you picked up a mysterious key that hasn’t been used yet. That is until now. After all that we’ve accomplished, we’re going back to our roots in the Tutorial area. From there, use the lanterns to reach the top of the tower, where you’ll then double jump and dash to the left to reach a lonely campsite. Drop down in front of the campfire to enter a secret passageway. Make your way to the right of this area until a prompt appears. Interact with this, and you’ll be in a new area with a mysterious door at the bottom. Use the key on this door to gain admission.

This fresh room contains Eupraxia’s Notes in more than one spot. A lot of lore is explored here, with the journals detailing certain events we won’t express here to avoid any spoilers. Finally, the Divergent Dimensions Scar can be located by going through this mysterious room and reaching the end. It’s in the same room with one of Eupraxia’s Notes sitting by a fireplace.

And there you have it! Collecting all 16 Scars for Rogue Legacy 2 can be a tedious activity, but we hope these notes will help you on your quest!

For more guides on Rogue Legacy 2, be sure to check out these tips from our team: