Saints Row Golden Garbage Truck | How to Get 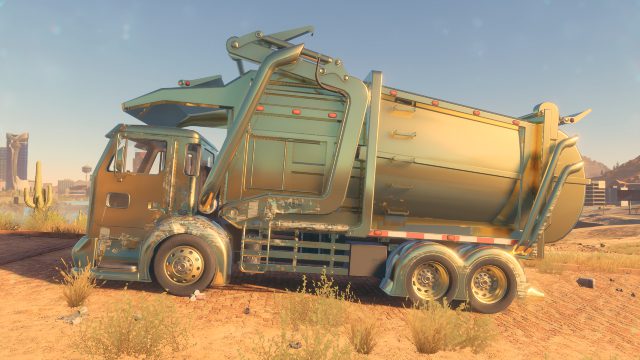 With just how chaotic everything is in Saints Row, it always helps to have the best equipment on the streets of Santo Ileso. From crazy weapons to hefty and powerful vehicles, we don’t have a shortage of what we can obtain. That’s why we put together this guide to help you unlock the golden garbage truck. It’s a mighty “Golden Dumper Sanicruiser”, and it surely stands out from the other bigger vehicles. Here’s how you can get the golden garbage truck in Saints Row.

How to Get the Golden Garbage Truck in Saints Row 2022 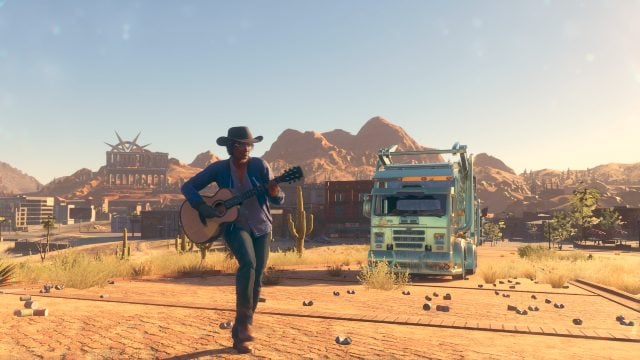 In order to get the golden garbage truck, you’ll need to collect four specific truck parts and assemble it. You can find these in the golden dumpsters that are spread throughout Santo Ileso. However, these four aren’t initially on the map unless you visit their locations. Once you’re within their vicinity, then you’ll be able to see them on your map. You may want to grab your favorite ride because you’re going to be doing some searching across town. Therefore, we recommend pinpointing your nearest wingsuit launch sites to give you a boost. 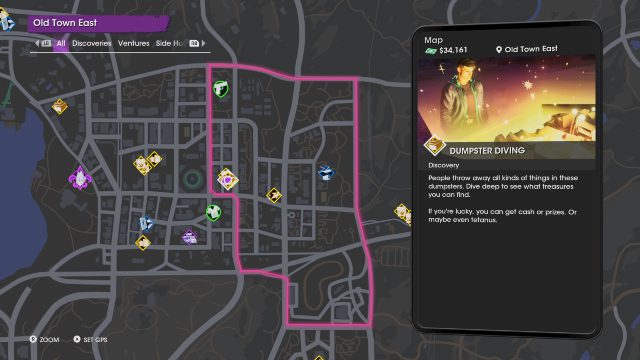 Your first part will be the easiest to find since it’s within the region you initially explore. Travel to the west side of Old Town East, and the golden dumpster will appear. All you have to do now is do some digging through it, therefore finishing up your quest’s first task. 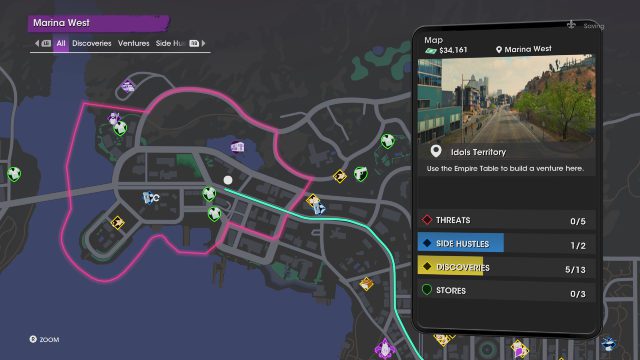 Our next part will be a little to the slight ride side of Marina West, north of the general map. It’ll be in between a couple of clothing stores and the Bear Lake fast-travel spot. So, once you collect the second part, snap a photo of the Bear at Bear Lake to unlock the fast travel point. 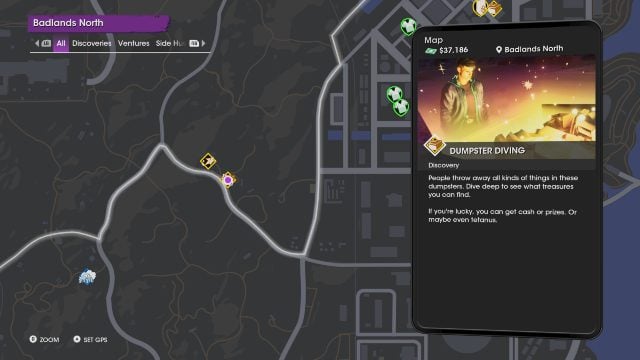 For the third truck part, head over to the Badlands North region. The dumpster is stored near the southeast end against a neglected road train. You’ll be able to see it along the side of the road. 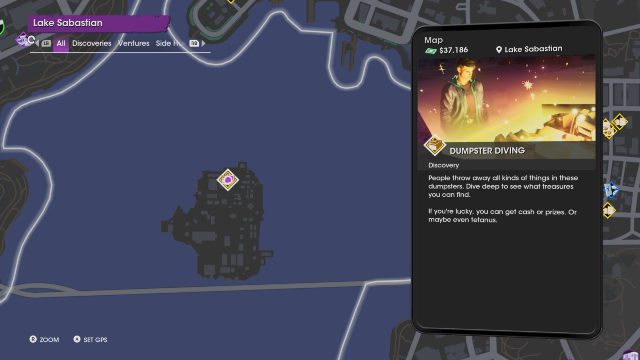 The fourth and final component is on Lake Sebastian, where the Battle Royaleesque mission took place. The truck part is at the island’s northern end. It’ll be next to a stack of wood pallets inside an abandoned structure.

As soon as you collect the final part, you’ll be awarded the golden garbage truck. It’ll be waiting for you in your garage. Of course, you can add modifications to it and upgrades. We do recommend implementing some upgrades since it does move a bit slowly. However, it’s the perfect ramming vehicle to use when you’re charging into a fight. Plus, it’s also nice to look at with the sun beaming overhead.

We have more Saints Row guides to give you a few extra tips, starting right here: