Saints Row Hoverbike | How to Unlock 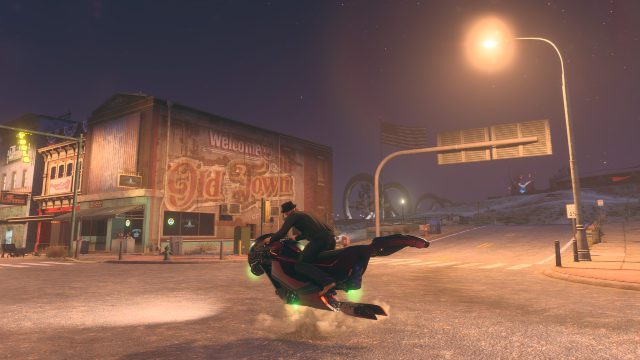 The Marshall has brought in some advanced tech to increase his power over Santo Ileso in Saints Row. He’s armed his troops with futuristic weaponry and gadgets that greatly outmatch the firearms on the streets. It’s even gotten to the point where he’s deployed hoverbikes for his troops, where they’ll be able to patrol off the ground. These handy bikes are a nice addition to your garage, so we’ll show you how to get a hoverbike for yourself.

How to Unlock Hoverbike in Saints Row 2022 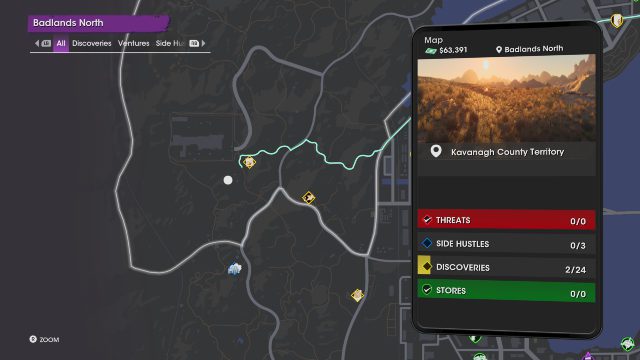 Unlocking the hoverbike will require you to complete the “Corporate Retreat” mission. It’s a little bit later on in the game, and it involves tons of trouble with the rival gangs. Basically, the Boss and his cronies steal a couple of hoverbikes from some of Marshall’s men, giving you your first test flight. What’s needed is fairly straightforward: complete the mission, and the hoverbike will arrive in your garage. You’ll also receive another Contact to call, as well as a new baseball cap to represent the Saints.

How to Get Hoverbike Early 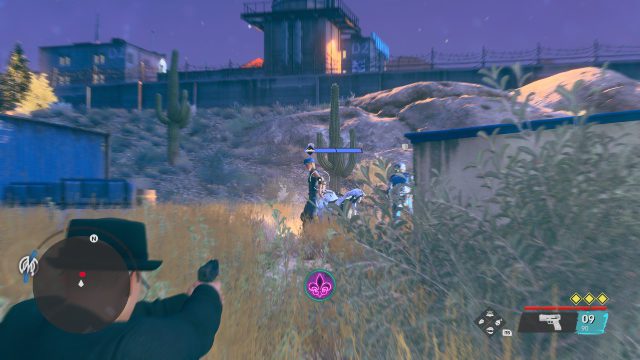 The hoverbike isn’t only available via the aforementioned mission. In fact, you can grab the floating vehicle fairly early on. It consists of you traveling toward the western end of the Badlands North region, where a hoverbike is being guarded by Marshall’s men. Obtaining this particular hoverbike will require some instigating firing between you and the mad cowboy’s soldiers. However, only two are standing by the bike. Take those enemies out, hop onto the bike, then rush on out of there.

Luckily for you, dodging trouble with the hoverbike can be a swift process. Don’t be afraid to jump into traffic – the bike is pretty sturdy for hover-based transport. You can easily keep your notoriety low to a steady clear if you jump and traverse across Lake Sebastian. If you aren’t aware, not only can the hoverbike get you to safety, but it can travel across land and sea – much like the hoverboard. It might take a second, but you’ll want to race through Santo Ileso to eventually arrive at HQ. Once you’re there, park the hoverbike in the garage, and it’ll be yours for the keeping.

Keep in mind when modifying your new hoverbike that not all available customizable options will be available for it. It’s an outstanding sci-fi ride that’s limited to adjustments. Although, it can pack quite a punch onto enemy vehicles. If anything, it’s a fun ride to acquire and add to your garage.

Don’t stop just yet! We have more guides on Saints Row to provide some additional tips to help you out in Santo Ileso!