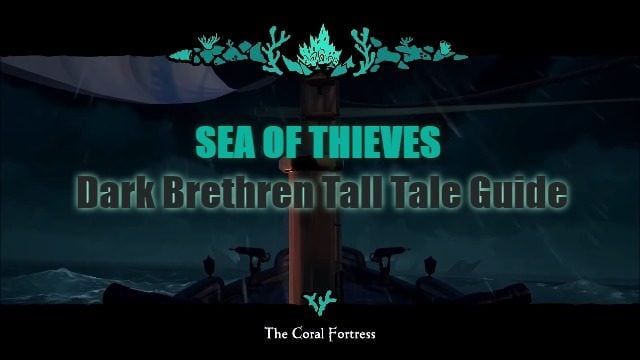 Dark Brethren is one of the most interesting Tall Tales in Sea of Thieves, due to the fascinating characters involved in it as well as the whole A Pirate’s Life saga. Tall Tales are narrative-driven quests with unique mechanics that make the seas feel more alive. A Pirate’s Life saga is remarkable due to the participation of Captain Jack Sparrow and others from Pirates of the Caribbean. Our guide shows you a step by step on how to complete all objectives in the Coral Fortress!

How to Complete the Sea of Thieves Dark Brethren Tall Tale 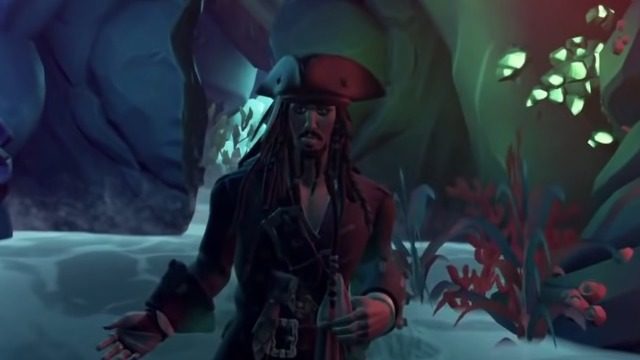 When on your ship, go to the map and look for the Coral Fortress. You should find it in the northwest area of the map, right above I and J, close slightly into the red sea. The coral fortress is surrounded by agitated waters and large clouds. Jack Sparrow will be inside, about to open a stone door. Swim into the water and grab the journal on the broken ship to the right.

There are three levers that must be pulled in order in this room. The first one is between the bright coral and seaweed, the second one has neither close to it, and the third one is next to coral but no seaweed nearby. A mural will appear near the ceiling — you will need that later.

Keep following Jack Sparrow and make sure to take another journal on the left side of the cave. To find the third one, use the geysers to reach a platform that has a pulley system. After that, jump on the swinging mast to reach the other side.

Climb the ladder and witness Captain Jack Sparrow falling in a water slide. When going after him, make sure to hold Right to slide into a secret path. This will make you complete the Secret Waters commendation. 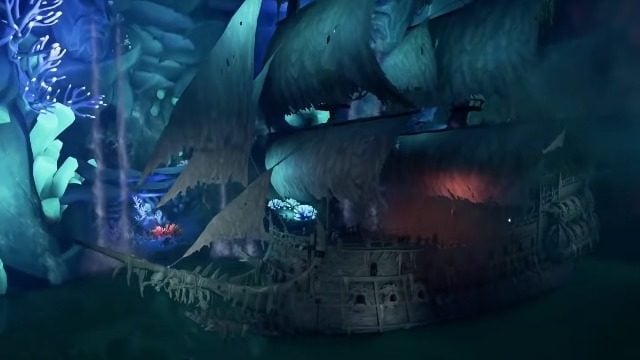 Next you’ll find yourself under the Flying Dutchman, completing another commendation: Dutchman’s Rest. When facing the ship, pull the lever to the right. After that, pull the one on the opposite side, and finally the lever in front of it. Another mural will be revealed to you. Now go ahead and hop on the ship. In its bottom deck, take the dagger on the map. After the cutscene you’ll be able to enter the captain’s quarters. Go inside and pick up the fourth journal on a small table to your left.

Keep going through to find Jack in front of an organ. He’ll give you a piece of paper that tells you how to play it. The keys that are meant to be played look worn. Doing it correctly will cause enemies to board the Flying Dutchman. You will be awarded the Symphony of Sorrow commendation once they are defeated.

The door that takes you to the next should be open by now. Go through it and fight the mermaids on the way. Swim all the way down to cut all strings that release large pieces of wood that you will be using soon. The fifth journal can be found within a cage on the bottom of this area. Use the floating debris to reach a ledge on the other side. Under it, you’ll find another journal. On top of that same platform, a ladder takes you to a pulley on the right. Use it.

Don’t jump into the water yet. Go down to the left to pull the first lever, then near the waterfall to find the second. The last lever is underwater, near the bottom where you were cutting the strings. If done correctly, you will see another mural. Now go on top of that same platform again and drop down onto the structure that you lowered by using the pulley. From there, Jack Sparrow will take you to a new area.

The Many Siren Statues In The Dark Brethren Tall Tale 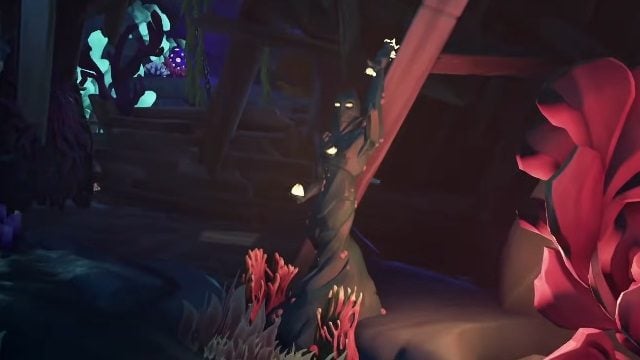 Following the path that Jack opens, you’ll find a closed wooden door. The captain will give you a Siren Heart that you must put in one of the Siren Statues. Set the two sirens in a position that matches the painting in the room, then attack the one that makes music. This should let you go through the wooden door.

In this new area, there are three sirens. The first one is near the entrance, so start by lowering its arm. Go to the hanging wooden structure and get ready to shoot. Look for the painting to your right to find the statue’s glowing eyes to the left of the painting. On the opposite side, still standing on the hanging shipwreck, you should find the hidden siren in a dark area near the painting. Shoot it twice. Now go back to where the first siren was in order to grab ammo and shoot the one with the conch. Once the puzzle is completed, use the pulley near the entrance of this cave. This should lift the shipwreck, allowing you to traverse to the next area.

There are three levers to be pulled here. The first one will be right under the knocked-down mast in the way. Now go over this mast and follow the path to another one that lets you cross over to the other side. Pull the lever that you find there. The third lever is close to the beginning of the second mast, so you have to return and pull it. Another mural will appear. There is yet another siren puzzle there must be solved now. Just put the statue’s arm and shoot the one with the conch to lift the door. Once you go through the newly opened passage, make sure to grab the journal near the yellow corals. There will be a short fight there for you to deal with.

The Last Set Of Levers

Use the geyser to hop on a small platform. From there, you should be able to find a rope that will open the door once it’s cut. Hit the flower-looking object to disable a force field that is preventing you reach the water section. Once there, there will be another siren puzzle. The Flora Siren Statue should have its arm high. Next, lower the Flora Siren’s arm and set the Mineral Siren’s arm at medium height. When all sirens are correctly positioned, shoot the one with the conch to raise the water level. The 8th journal will be on the left side of the passage that takes you to the next area.

On the opposite side, there will be the first of the last set of levers. The second one is on a platform that you can reach once you lift the mast in the room. The third one is underwater and should reveal the last mural when pulled. Activate the pulleys to lift the masts that you allow you to proceed. Go for the one that lifts the short mast first. This will ensure you’ll have enough time to get to the other side. Once there, turn right so you can go down the waterslide and fall into the next area. Don’t go too far if you want to get the next commendation.

The Last Dark Brethren Journals In The Coral Fortress 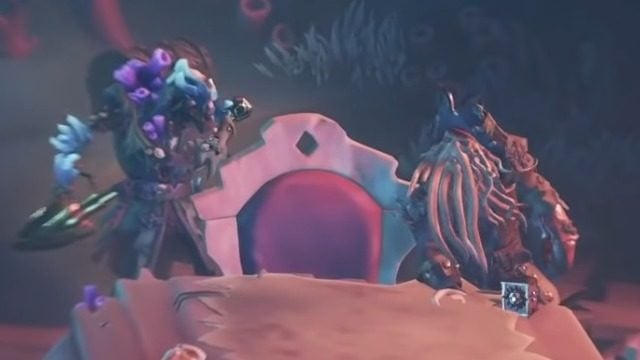 You will start hearing voices. Find the people talking and wait for them to finish the conversation. Make sure to watch them from afar so they won’t disappear. Once they’re done talking about the Dark Brethren, you will have completed another commendation. Also, you should find another journal on your right side before dropping down to where the table. The last one is next to one of the chairs around the table. Once you have collected all the journals, you will be done with another commendation.

To get the letter inside the dead man’s chest, you will have to solve the puzzle by turning the blocks around a small stone wall. Just set the blocks to display the things the murals showed you in the same order they appeared: a shark, a mermaid, a trident, three diamonds, and a ship. This should make the wall open, revealing a key that opens the chest that contains a mysterious parchment. Go to the final page of your book to read it.

Jack Sparrow will assist you during a long fight against the Gold Hoarder in the next area. This last fight will grant you two commendations and ends the Dark Brethren Tall Tale in Sea of Thieves. If you have done everything in this guide, you will get another commendation for completing all the other ones.

I hope this guide has helped you through the Coral Fortress. For more Sea of Thieves, please check our other guides: