Shovel Knight Dig Review | Can You Dig It? 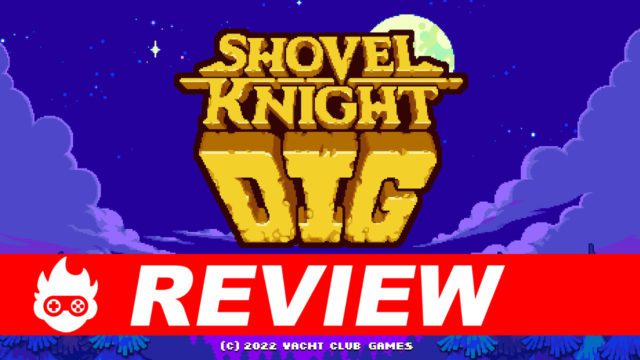 The knight is considered one of the most chivalrous archetypes in the adventuring world. And that’s as true as ever in gaming. Players first got to meet Shovel Knight in 2014, and today he’s taking part in a brand new adventure. While Yacht Club Games have some other characters in the mix, the Shovel Knight continues to lead the way in the brand new game Shovel Knight Dig. This is the second roguish adventure in which the stalwart hero is starring, this time with less puzzling and more digging. Grab your shovel and prepare to dig to the other side of the world… maybe.

Why Does Shovel Knight Dig?

Despite having a shovel as his defining characteristic, Shovel Knight doesn’t have a vast history of intense excavation. Shovel Knight Dig is changing all of that by making digging the star of the game. In true Shovel Knight fashion, the hero is sleeping by a campfire with a large bag of swag after the latest quest. Suddenly, a giant yellow knight with drills appears, steals the swag bag, and then drills deep down into the earth right in front of Shovel Knight. With determination to get his stuff back, Shovel Knight jumps into the Well before him in pursuit of Drill Knight. No one steals from the knight, ya dig? 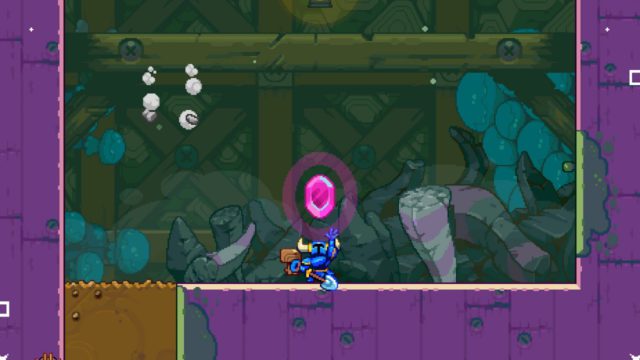 Rogue games are popular due to how much variety they provide, but they need to strike a balance between fair and challenging. The gameplay of Shovel Knight Dig does that in a very effective way. The first is how the digging mechanics work. Each run is about digging down and deep through various blocks, types of earth, traps, and even enemies. Digging is the sharpest and most reliable way to navigate the chambers which allows you to power through. You actually look forward to places you can dig since they end up being some of the safest and most profitable.

Second, there’s the game’s signature Shovel Knight flair. You’ll quickly meet a huge cast of colorful characters all of which have a role to play from random encounters to cryptic advice. Classic enemies return with new rounder appearances, but the fact that they’re in a vertical setting forces you to approach them differently. The enemy knights steal the show with a boss fight at the end of each area. There are some old favorites who know new tricks and a few newcomers bringing their own style to some hectic fights.

Lastly, there’s the challenge. It’s literally quick to jump into a run since you’ll always start right next to the Well. Even from the very start, you can’t be haphazard with your digging and swinging. You may hit a long stretch of rich soil only to enter a chamber full of flying foes and hazards along all the walls. Though enemies are no problem on their own, the difficulty comes when you have several types in one room all using different attack patterns. There’s also a huge risk vs. reward factor that really tests how much you want a potentially helpful item. 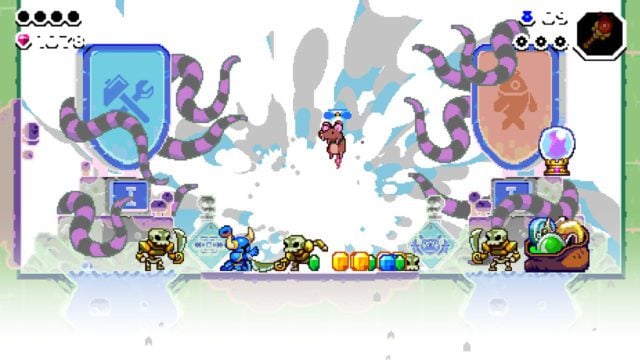 Shovel Knight has a pretty strong reputation, but even the greatest heroes make mistakes. This is evident in Shovel Knight Dig where a few flaws pop up. The biggest is how RNG works. This is a necessary part of rogue games to keep things interesting, but it has its flaws.

Namely, the issue comes with walking the line between skill and luck, with the game losing balance and taking a few steps on the latter. This means that some runs will give you very easy-to-manage chambers, more favorable enemies, and better boon encounters, while the next attempts can throw everything at you and have you clinging to life for most of the run. Skill can only get you so far when everything is coming at you all the time. This is especially true if you’re trying to accomplish certain feats, since some are literally impossible unless the layout allows for them. This will bother some players more than others, so consider your own disposition beforehand.

Then there’s the number of secondary mechanics in play. While digging, you can find secondary weapons, passive upgrades, stat, boosts, keys, and eggs to get you some new things. However, some are clearly more useful than others, but don’t appear nearly as much. Locked doors appear fairly often, but nests to hatch eggs are rare, which is strange considering how often you’ll find them. Secondary weapons are also uncommon, have tricky attack patterns, and some are more trouble than they’re worth. 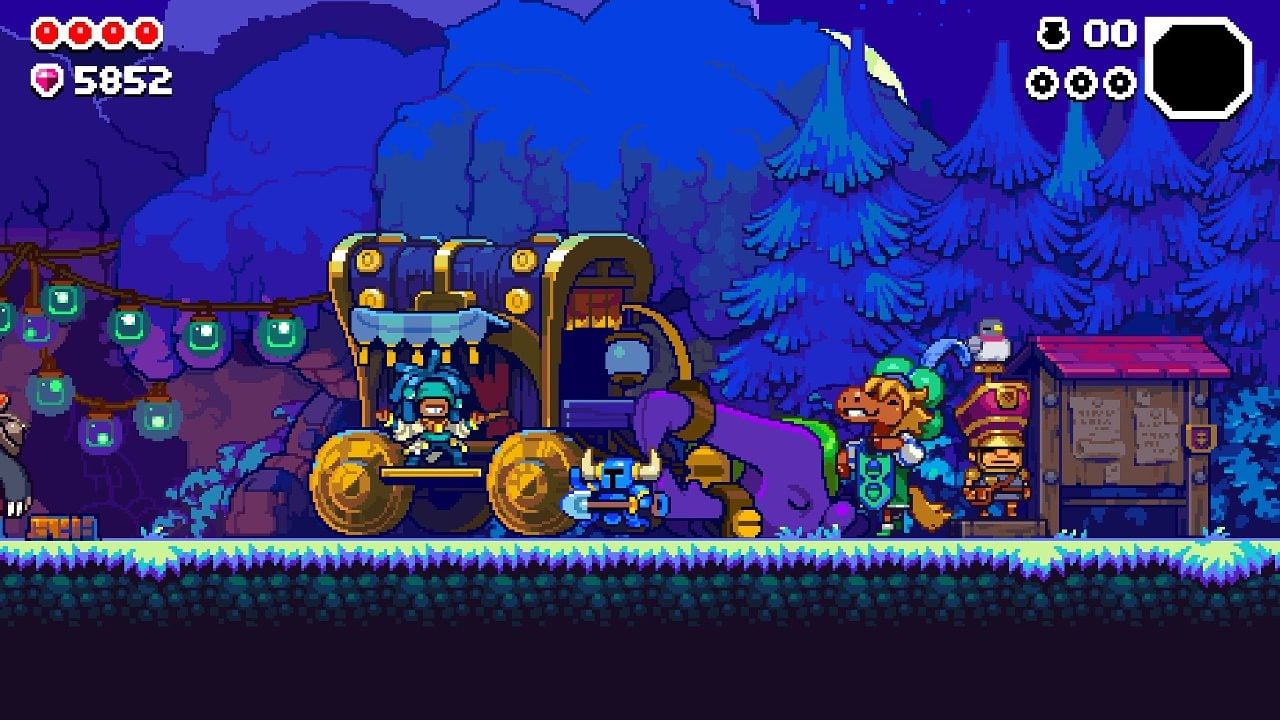 Shovel Knight Dig is a rogue-type where you and your trusty shovel must unearth the villain in order to get your loot back. It plays well, provides a great challenge, and is full of the sort of charm we’ve come to expect from Yacht Club Games. There’s a bit too much reliance on luck for successful runs, though, which may put off some players. Others may sense an imbalance among all the secondary items that you’ll get if you manage to find them. Those buried roots aside, if you can take this excavation seriously, there’s plenty of depth to be found. Grab a shovel and dig for glory.