Sonic Origins Is Speeding Headfirst Into A Paywall 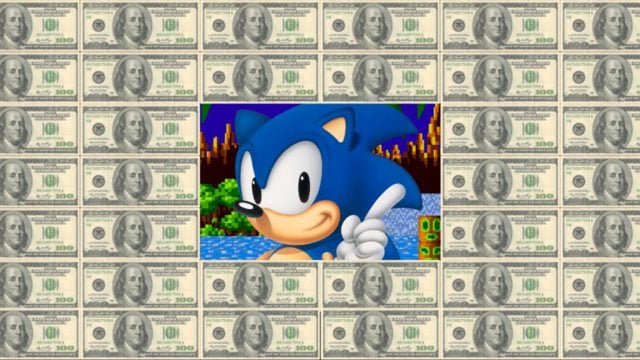 Sega’s newest Sonic game is DLC at its worst. Despite being all about running and speed, Sonic The Hedgehog does not have the best track record. Though he remains one of the world’s most definitive video game mascots, he’s lost a lot of the spark that made him so appealing in the first place. However, fans like Christian Whitehead and his team have proven that Sonic can still be fun and relevant with titles like Sonic Mania. At this point, it should be accepted that the Blue Blur is most comfortable on a 2D plane. That’s probably why Sega is pouring a lot of time and marketing into retro bundle Sonic Origins.

However, there’s a problem: Money is being spent in all the wrong places. Instead of making brand new levels, updating the graphics, or adding fresh game modes, the Sonic Origins team is focusing on promoting what’s already there — and then asking you to pay more for some slight tweaks. The point of re-releasing classics is to re-awaken the wonder Sonic fans felt when they first sat down to play. Instead, Sega is taking the opportunity to charge fans for things like animations and camera control. 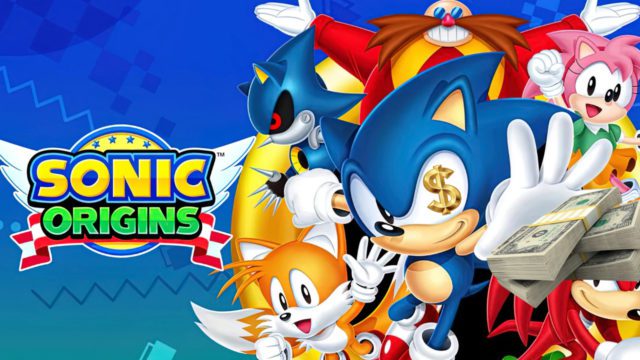 We’d love to explore a story explaining where Sonic came from and why he’s so flipping fast, but that’s not what this game is. Instead, Sonic Origins is a re-release of the original games that made Sonic a worldwide phenomenon. The bundle includes Sonic The Hedgehog, Sonic The Hedgehog 2, Sonic 3 & Knuckles, and Sonic CD. While these games aren’t perfect, they are certainly iconic. Sega’s blue speedster brought in a whole new generation of players and jump-started the career of the most famous hedgehog of all time.

According to Steam’s Sonic Origins page, the game scheduled to release this June with a fairly hefty price tag of $39.99. Aside from releasing all these games as a collection, though, there don’t seem to be any new bells and whistles added to the games. The biggest horns they’re tooting are a vaguely defined Anniversary Mode, a Mirror Mode, and a Start Dash DLC. Sadly, this lack of flair is just the tip of a much larger issue.

Sonic Origins Seals Off Fun With A Paywall

No one likes to pay full price for a game only to learn there are optional paid extras. It’s a different situation for “freemium” games, but it’s insulting when huge companies deliberately hold back new and enjoyable content unless you cough up more cash. Sadly, that’s exactly what seems to be happening with Sonic Origins. The preorder bonus chart featured above highlights just how dreary the situation has become.

First, without a preorder, the Standard Edition only includes the main game bundle with zero bonuses. Mirror Mode is listed as a bonus, but it’s also unlockable in-game, so no worries there. However, if you want the Letterbox Background, you’ll need the Start Dash Pack. This bit of DLC is only available to those who preorder, even if you purchase the Digital Deluxe Edition.

Don’t fret, though. The Letterbox Background can be unlocked later, but you’ll have to purchase the Premium Fun Pack. This paid DLC also includes Hard Missions as well as three very dubious bonuses: “Character animation in the main menu,” “Character animations during Music Islands,” and finally “Camera controls over the Main Menu Islands.”

Again, Sega is calling that DLC the Premium Fun Pack. There’s no word yet on how much it costs. And at last there’s the Classic Music Pack, which quite simply unlocks additional music. You’d normally find that as a default feature in other classic game bundles, but not here.

As you might expect, the Digital Deluxe Edition nets you all of the aforementioned bonuses. Except it doesn’t, because — according to this chart — the Letterbox Background bonus is only available to those who preorder.

Sonic Fans Deserve Better Than This

In summary, Sega is re-packing and re-serving games that are over 20 years old, at effectively $10 a pop, with no option for individual purchases. Keep in mind that these games have allegedly seen little change to their visuals and music. The team has developed new content, but it wants you to pay even more for it — because the cost of entry wasn’t high enough already.

Frankly, this is some of the laziest work in terms of a remaster. Things like Mirror Mode, Hard Missions, and extra animations are ideas that are almost as old as these games themselves. On top of that, these features were traditionally given as rewards and to provide extra challenges to players who were dominating the game. But no, Sega’s greed has never been more obvious than in how they’re planning to release Sonic Origins.

Rather than save up for Sonic Origins, put your money towards finding a Sega Genesis. That way you can play the original versions like nostalgia was intended.