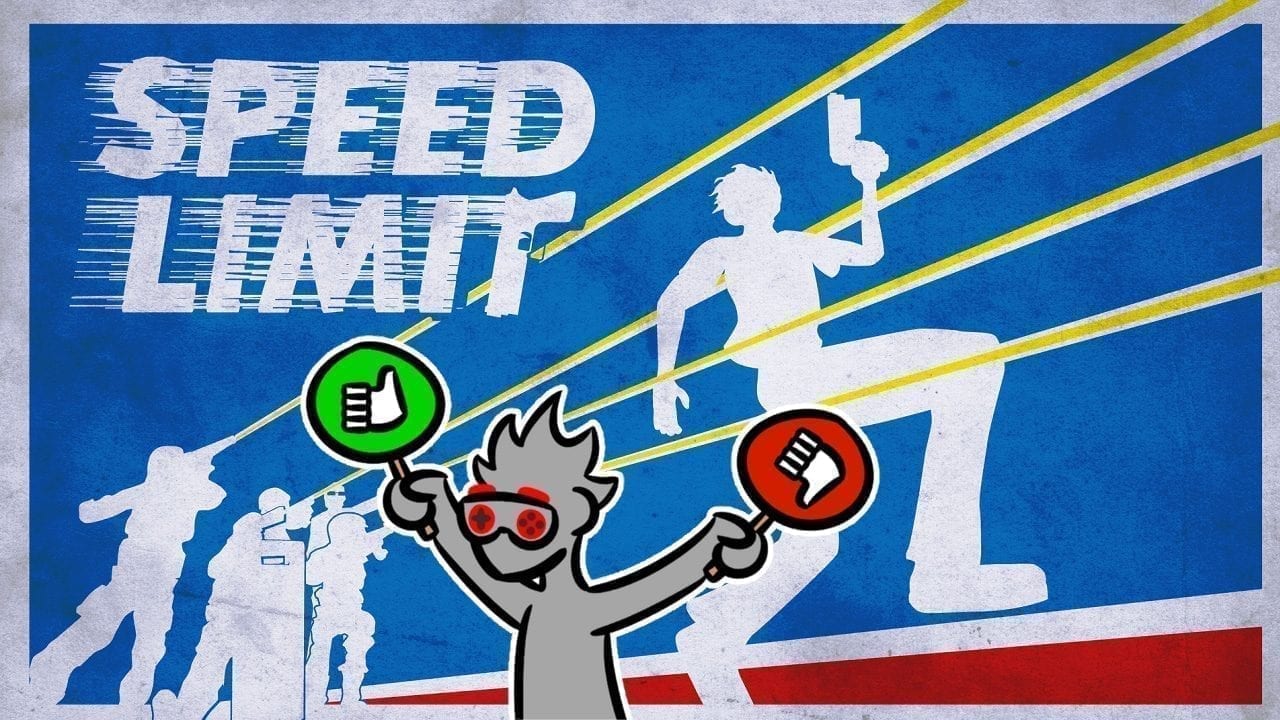 Speed can be an addicting feeling for many players. The desire to go fast and blast through obstacles is appealing on a very base level. This feeling is definitely one of the reasons that speed-running exists and why it continues to grow. As such, any game that boasts speed is gonna draw attention while setting a precedent. Wouldn’t you know it; the brand new game Speed Limit by Game Chuck does that. An everyman finds himself thrown into a high-stakes, high-tension and high-speed situation with no way to run but forward. Speed Limit doesn’t slow down even for a minute, and that’s exactly how it should be.

Why the Need for Speed?

I’ve said it before and I’ll say it again, sometimes the absence of a clear story is for the better. The briefest of moments is all it takes to get things going and Speed Limit has one right at the start. Opening on a subway train full of non-descript passengers, a weary disheveled suddenly comes through one of the car doors. He collapses on the nearest passenger, a young man in a t-shirt, handing him a weapon. Immediately following this, a group of armed soldiers led by an Agent Smith-looking guy burst onto the train. Before any of them can apprehend t-shirt man, he takes off running, shooting anyone standing in his way. You’re being hunted and you’ve got to escape however you can, that’s plenty of justification to start running and never stop. 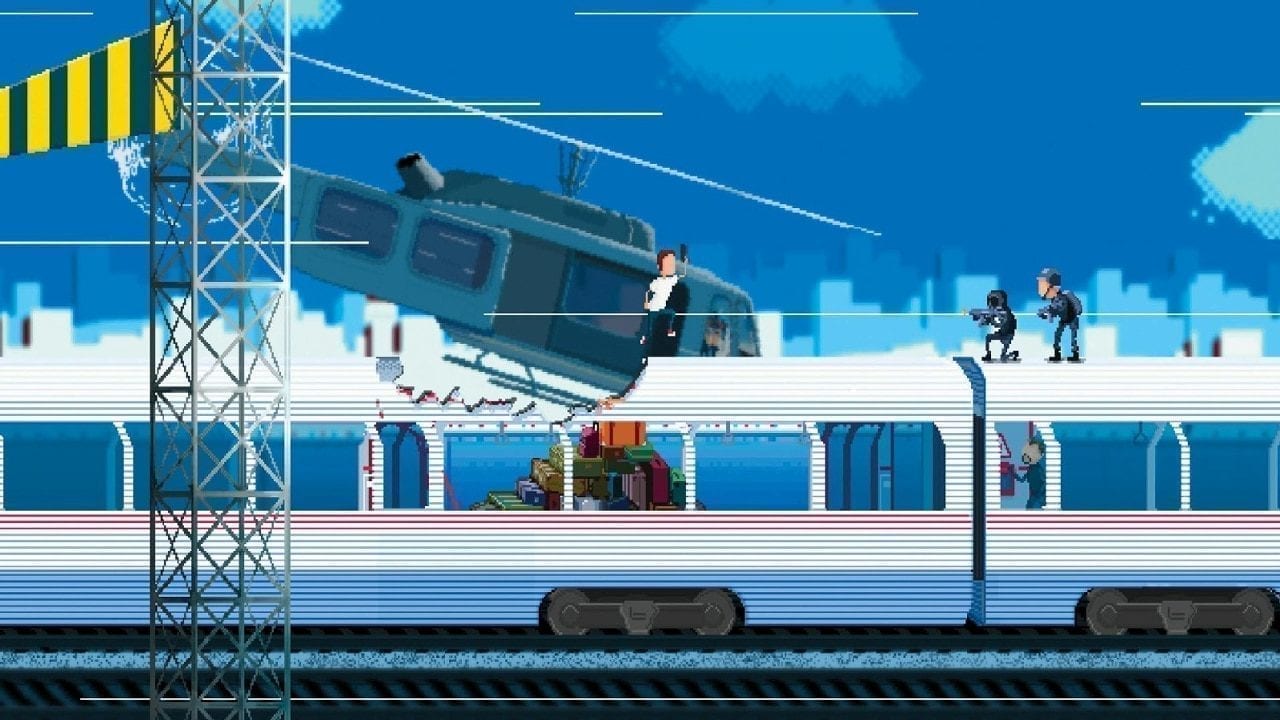 Experienced runners will talk about something called the “Runner’s High,” a moment during a run where endorphins generate a euphoric sensations. Speed Limit has more than one of those moments throughout the gameplay. One of them comes through in the simplicity of its design. Reminiscent of fast-paced games like Super Meat Boy, it’s a game that gets started right away and gives you everything you need right off the bat. The controls are few and easy to master while the scenarios provide daunting challenges. Since speed is the name of the game, the fewer controls to keep track of, the more players can focus on the experience.

The peak of this high has to come from the variety of gameplay design. In the vein of games like WarioWare and Tondemo Crisis, each set of levels has different rules and designs. There are over five different game designs that incorporate the controls in similar yet distinct ways. Each one feeds into the overall theme of speed by giving the character various moods of transportation. On top of that, each set of levels presents the game from another angle and makes use of the new perspective. From 2D platform running to rotating jet flying, this game pushes multiple limits.

The level of challenge is also something that deserves applause. A rule of thumb for creating an inherently difficult game is to make the length short, but the obstacles tough. Speed Limit is not a long game, but it can feel long if you don’t take it seriously. This is a game for both casual players and hardcore types. It keeps players on their toes while honing their reflexes in different ways. The difficulty also remains quite consistent throughout so nothing ever feelings too surprising.

Last, a brief mention of the aesthetics. Even though the game is done with pixel art, it still has the weight of a fun and campy action movie. There’s always something exciting happening even during the setup. The music also adds a more extreme feeling to the overall experience. 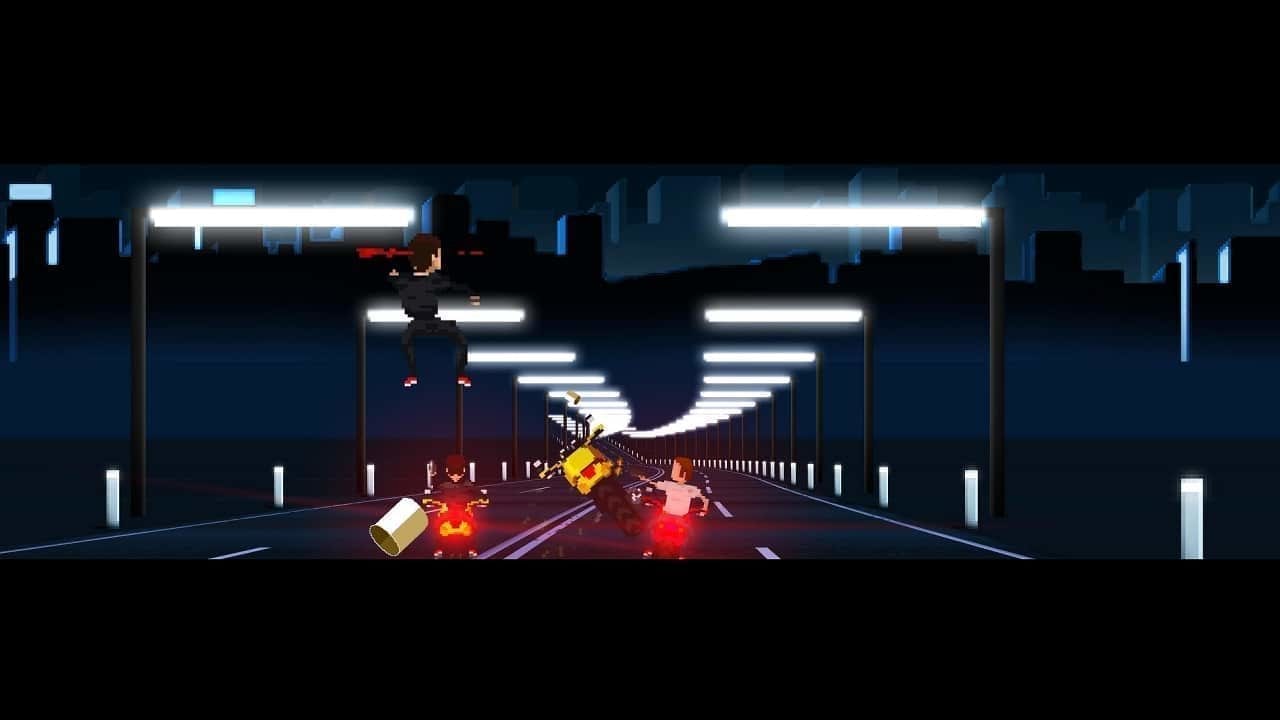 The negative side to the so-called runner’s high is something quite severe. Commonly popping up among marathon runners, they talk about “hitting the wall.” Essentially, this is a point of intense fatigue where the person can’t move, think, or even breathe. While not as serious as that, Speed Limit hits a few walls of its own. The first wall is its hit detection throughout. You’re moving so fast, which makes it more frustrating to have a pixel-perfect execution every single time. Sometimes the window of not-getting-killed is so small that at points it feels like it comes down to pure luck.

Then there’s the character placement issue. This may be hard to describe, but sometimes it feels like you don’t know you’re in the wrong place until it’s too late. There were several moments during my run where I nimbly avoided something only to die due to pacing which isn’t tracked. Other times, things are coming at you so fast that you don’t know where you should be. There aren’t really any clear indicators of the “right path” sometimes so you’ll just have to guess. You could argue that this adds to the challenge, but it feels unintentional at best.

Coming back to the controls, there seems to be some unreliability there. While they are fairly simple for each set of levels, the controls feel like they shift between tight and loose. This may be contextual since each set makes use of a different vehicle, but that doesn’t make it any less jarring. To shift from smooth turning mechanics to overly sensitive ones is not easy and will take a few fatal injuries to get a handle on. The motorcycle sections are particular tricky considering how many sudden turns and obstacles they have. 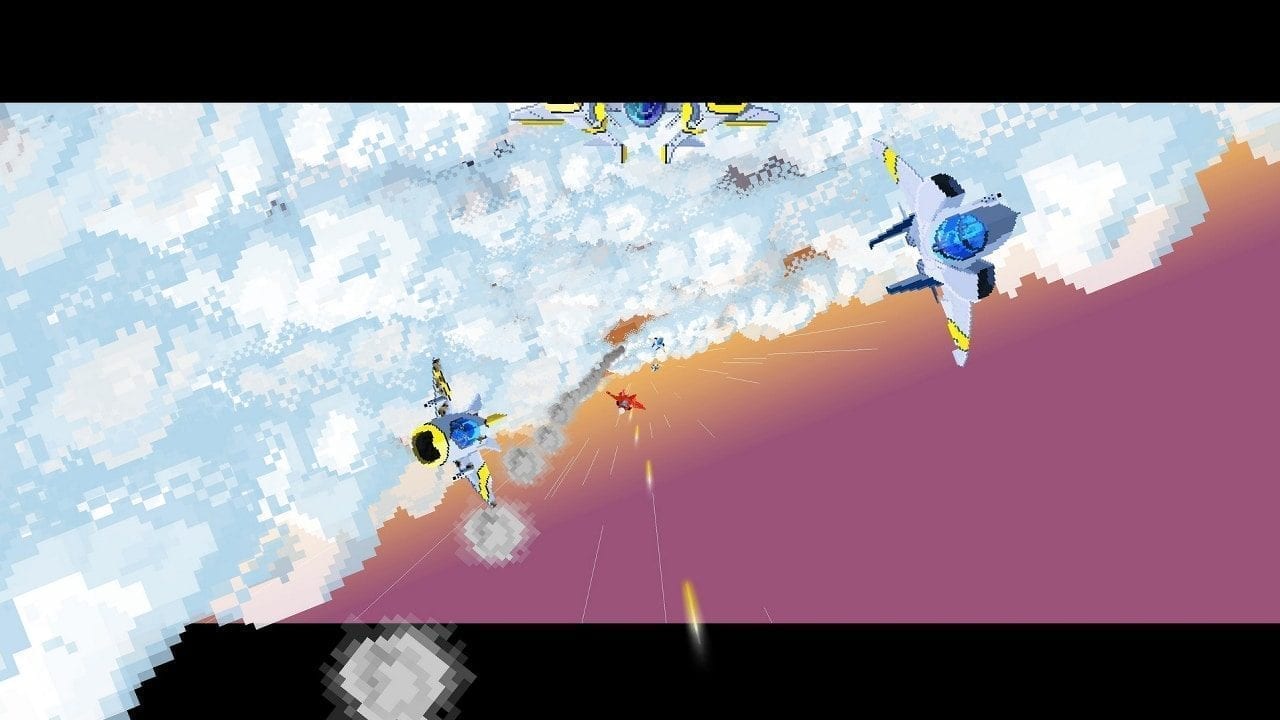 A speed limit is one of things that universally understood and typically obeyed. Speed Limit takes this norm and mocks it by breaking it in many ways. The game is all about speed and never shifts from it, throwing plenty of barriers to drift around or blast through. With easy-to-learn and hard-to-master structure, anyone can pick it up and feel the thrill. It’s a quick ride that’s made less smooth by a few of the technical speed bumps. However, that’s a minor inconvenience to pay for such fun and accessible rush.

This review is based on a PC download code provided by the publisher. Speed Limit is now available for Nintendo Switch, PlayStation 4, Xbox One, Xbox Series X|S, and PC via Steam.