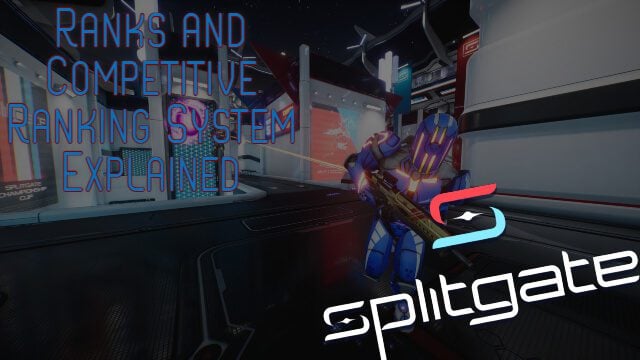 After working your way through the servers on Splitgate, casual matchmaking will instantly be at your disposal. But being that this is one of the more popular shooters on the market right now, achieving Ranked is probably on your agenda. For those familiar with ELO-based systems of rankings, this one will be a no-brainer. Here’s all you need to know about the Splitgate Ranks sytsem. 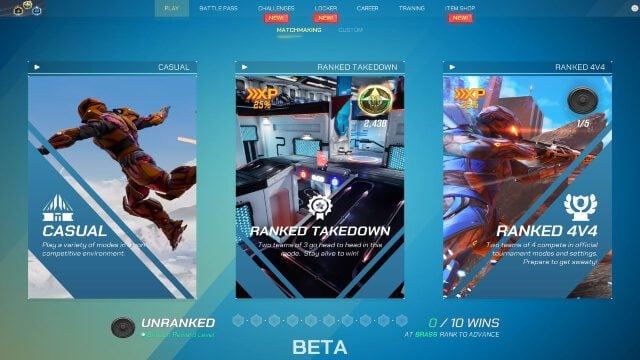 Once you reach level 10 in Splitgate, the Ranked playlists will be made available to you on the same matchmaking screen. These are separate from the action sacked selections under Casual. Evidently, anything you do in Casual won’t affect your Ranking progression. Since the servers have been improving, you can quickly jump into a match much quicker than before.

There are two main types of Ranking in the game. The first falls into Takedown, where two teams of 3 battle against each in time-based deaths. The other is 4V4, which pits players into playlists comprised of King of the Hill, Team Deathmatch, Domination, Oddball, and Takedown. Each type have their own respective Ranking system; the player must complete 5 placement matches in order to receive their individual rank.

Once you get your rank, you can start playing for Season Rewards, located at the bottom of the matchmaking menu. 10 wins will advance you to Brass Rank, and the rewards will continue thus forth. All you need to do is win competitive games to get those tasty bonuses.

Splitgate works on an Elo ranking system, named after the physics professor Arpad Elo. In layman’s terms, the Elo bases its statistics on relative terms among the players’ skills in the focused game. It’s well-known mathematically in chess, but the video game industry has adopted this method for ranking online players.

Below is the official list of available ranks that can be achieved.

With the game still in Beta, the rewards you can get can be quite the fashion statement to show off. And since the game doesn’t seem to die down, now is the time to jump into the portal-shooting action.