Stardew Valley Egg Hunt | Where to Find Every Egg 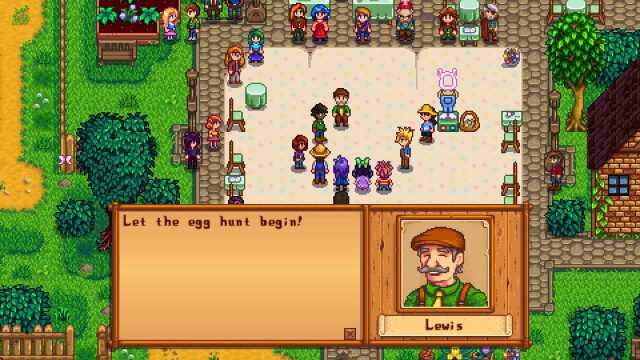 The Pelican Town square hosts the annual Egg Festival on the 13th of Spring in Stardew Valley. The townsfolk gather for the event, with many connecting and socializing before the festivities begin. When the event starts, you’ll be engaging in an egg hunt that can potentially reward you with either a new hat or some gold. But you need to be quick with your egg hunting skills, for you’re not the only villager who’s looking to win. With this in mind, we put together a map with the available eggs that you can find and gather for yourself. 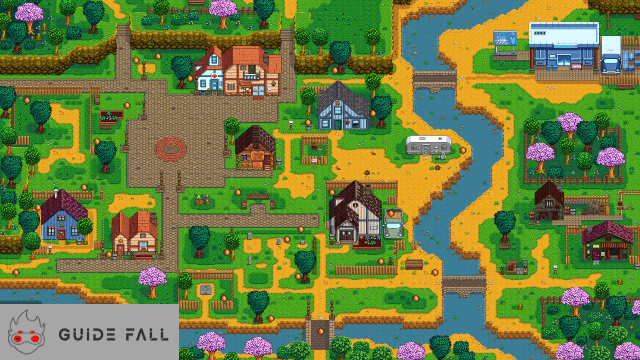 The Egg Festival will have 27 eggs for you to find and collect. You will only have 50 seconds to complete the event before another villager can claim victory. So, it’s best to familiarize yourself with the map of Pelican Town. For convenience, we’ve provided the map of each egg location featured above.

As you can see, the eggs will be scattered throughout the town, and not just around the town square where the Egg Festival is being held at. We recommend ignoring the eggs by the river, since you’ll most likely be running around more than simply scooping them up. Try sticking toward the bushes in front of The Stardrop Saloon, where a few will be hiding. Even the Mayor’s Manor will have a few stashed around the premises. But if you need a quick grab, any of the eggs left to Pierre’s General Store can also give you a boost.

As soon as the required number of eggs has been gathered, that player will receive a new Straw Hat. However, if the player has already completed the Festival from a previous time and they still win the hunt, they’ll receive 1,000g for their efforts. But the Egg Festival only happens once a year, so this might be your only opportunity to participate.

If you’re looking to socialize with the townspeople, you’ll have to do so before starting the egg hunt. During the event, you won’t be able to interact with the villagers. This also applies to Pierre’s booth that he has set up for the Festival. He will only have a set list of available items that are related to the Egg Festival. His booth will include the following items:

Purchasing items from Pierre’s booth and interacting with the townspeople will act as the first part of the festivities. You basically start up the second half, which is the egg hunt, by talking with Mayor Lewis. Your conversation with him will commence the egg hunt for all villagers to partake in. So, if you’re looking to talk with some folks and purchase something from Pierre, do it before you speak with Mayor Lewis. You can do this anytime between 9 AM and 2 PM during the Egg Festival’s operating hours. It will then conclude after the egg hunt with the player returning home at 10 PM. 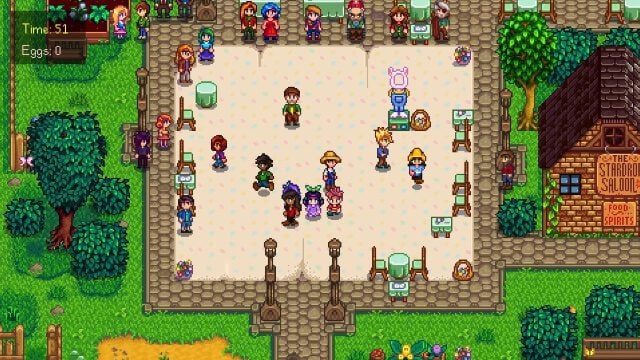 As aforesaid about the Egg Festival, it is an annual event – it’ll only occur once a year. If you fail to collect the necessary eggs, you won’t be able to restart the Festival. As with any event in Stardew Valley that features a festival, the opportunities can be far and thin in between. While there are other activities to interact with, the Egg Festival will give you the chance of winning either the Straw Hat or some gold if you choose to participate. You also get to communicate with some of the characters of Pelican Town, so it wouldn’t hurt to participate in the fun.

Loving Stardew Valley? We have more guides for your needs right here!