Stellaris takes players on an interstellar journey through space to build their empire. With plenty of races and origins to choose from, it’s up to you to figure out how to take on the universe, be it peacefully, or through force. For those who are looking for a more combat-oriented style of gameplay. Look no further, than the Clone Army Origin. However, before we begin, you must first have the Humanoid DLC enabled before playing.

How to Get the Clone Army Origin in Stellaris To get the Clone Army Origin in Stellaris, players need to have the Humanoid DLC. This is a very risk versus reward civilization.

Clones in Stellaris, have a limited lifespan. Clone leaders receive a -40 year debuff. Since your civilization is made of clones, they don’t last very long. Cloning more to continue the Legacy is the only way to survive. However, since they don’t last long, their combat efficiency is increased exponentially.

Your Governing Ethics Attraction and Army Damage are increased by 50%. Your population also cannot be genetically modified. The Clone Army Origin in the game is great for players who want to take on a more aggressive gameplay style.

While it’s possible to expand your civilization into an empire, taking out all that oppose you. There’s a single event that can change the course of your entire civilization.

Once the site is excavated, it’ll be revealed that the purpose of your existence was to be an army for your predecessors. You can opt to lie about your origin, granting the Meaningful Origin (Lie) buff. This will increase Unity from Jobs by 20% and Happiness by 15%. Or, you can opt to face reality.

Choosing to lie may be beneficial in the short term, but it will come back to bite you later in the game. As a subversive clone will release the truth to the public. Choosing to tell the truth originally will give you the honorable leadership buff, which will last ten years and increase Unity from Jobs, and Happiness by 10%. If you choose to lie, and the truth is revealed, you will receive the Dishonorable Leadership debuff, which will decrease Unity from Jobs, and Happiness by 10%. Unless you choose to apologize. If you choose to apologize, you’ll lose the debuff.

Around 18 months after the discovery of your civilization’s origin, you’ll begin a new event that will further change the fate of your empire.

You’ll receive word from scientists in your civilization that there’s a bio-code cipher hidden inside of the ancient cloning vats you’ve been using to reproduce. This will begin the Bio-Code Cipher event. During which you’ll be given another two options after time has passed in-game.

After solving the bio-code cipher, you find a message. The message explains that the scientists who cloned you intentionally prevented reproduction. However, they regret what they did. They’ve decided to make a way to reverse these changes and allow for reproduction. Or, if you choose, you can opt to make your civilization more powerful, at the cost of permanently losing your ability to reproduce.

The moral choice is left up to the player. Do you bring in a new dawn for your civilization? Or do you become the most powerful army in the galaxy, and doom your whole civilization?

Choosing to reactivate reproduction will begin “A New Day Dawns” one of the endings for this civilization. This will change the Clone Soldier trait to Clone Soldier Descendant. This new buff will only increase your Governing Ethics Attraction and Army Damage by 20%. You’ll gain 2000 alloys, 100 rare crystals, and 100 Nanites. Most importantly, you’ll be able to reproduce naturally. The Clone Vats will be destroyed forever when this is completed.

Secondly, If you choose to increase your ability, you’ll receive the Clone Soldier Ascendant. This new buff affects the following traits:

This option will doom your civilization. The effects of this buff force your clones to rely on the vats forever as a means of reproduction.

Clone Army Origin is a very high-risk-reward civilization. Firstly, the clones die off easily, so planning for reproduction cycles is important. Secondly, your buffs depend on how you let the civilization learn about their past, and how you deal with it in the future. 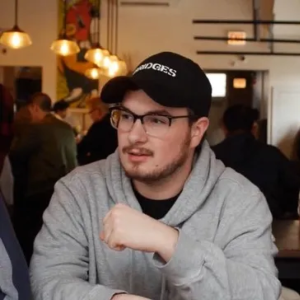