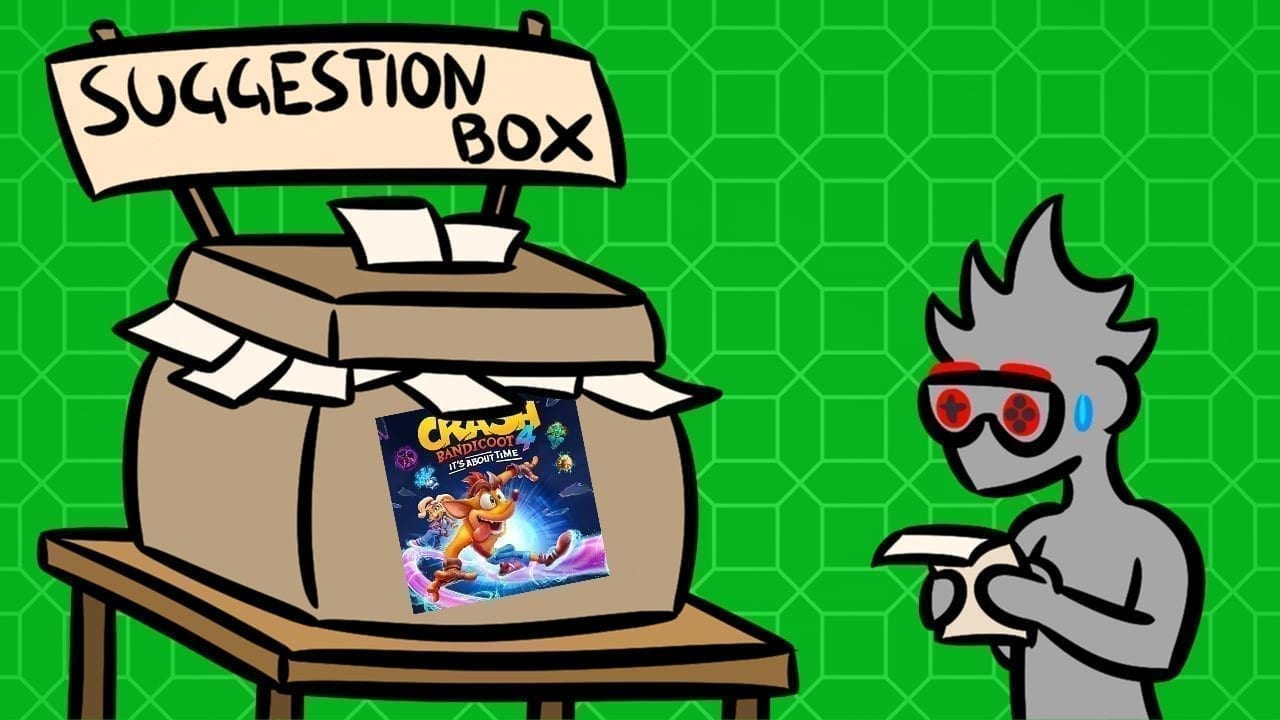 The more games you play, the more you wonder about what could have been. I won’t pretend to have an intimate understanding of the paper-to-publish process, but I like to think there are some folks on the Crash Bandicoot development team that wanted more. It’s unreasonable to expect every awesome or even obvious idea to make it in to the final product, which is why it’s fun to speculate. Playing through Crash Bandicoot 4: It’s About Time and being a fan of the series, I have been wondering if certain aspects could have been different… 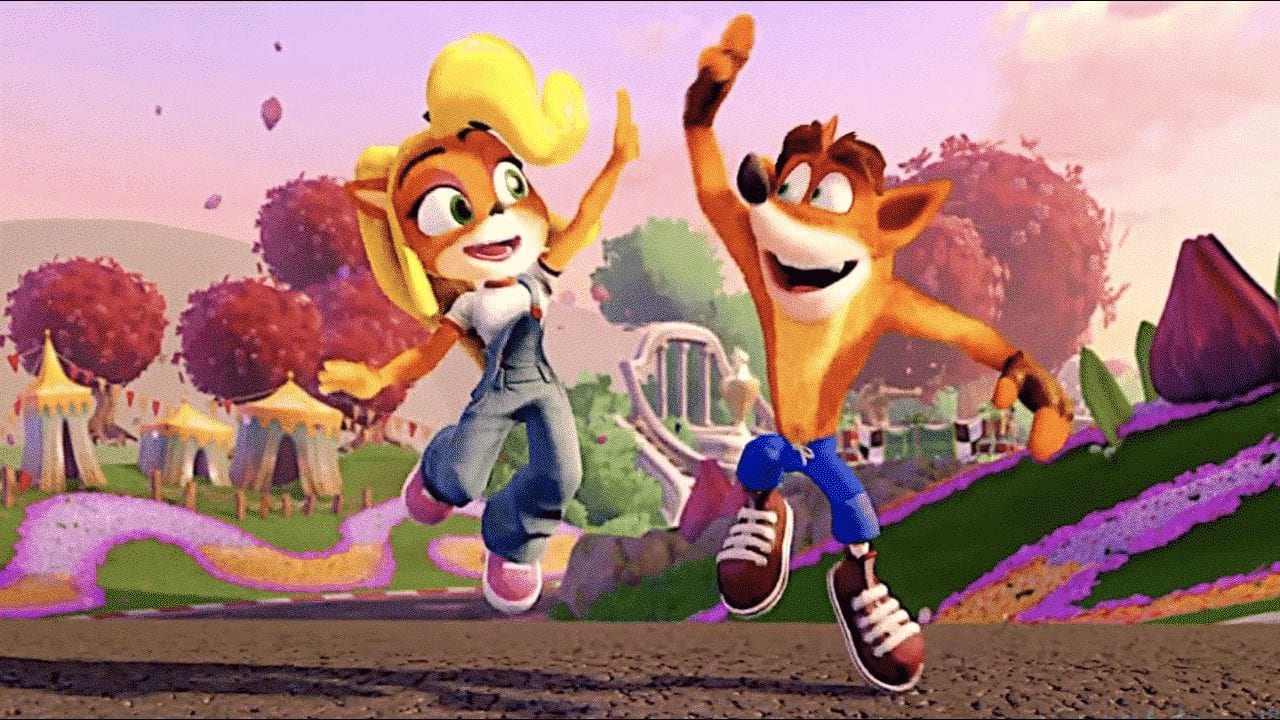 Ever since the N. Sane Trilogy was released, playing as Coco in a Crash game has become a given. In the previous three games, playing as Coco is a fun novelty since, she the controls the exact same as Crash. The fourth game continues the trend, which I feel was a missed opportunity to make the character stand out.

The difference between the two could have been as simple as Crash having a double jump and Coco having a short-ranged attack. This may not seem like a lot, but considering the game’s design, this one distinction could have made for different play styles. They could have even done a Mario and Luigi sort of thing, giving Crash higher jumps and Coco greater speed. This would at least give players a reason to change characters. 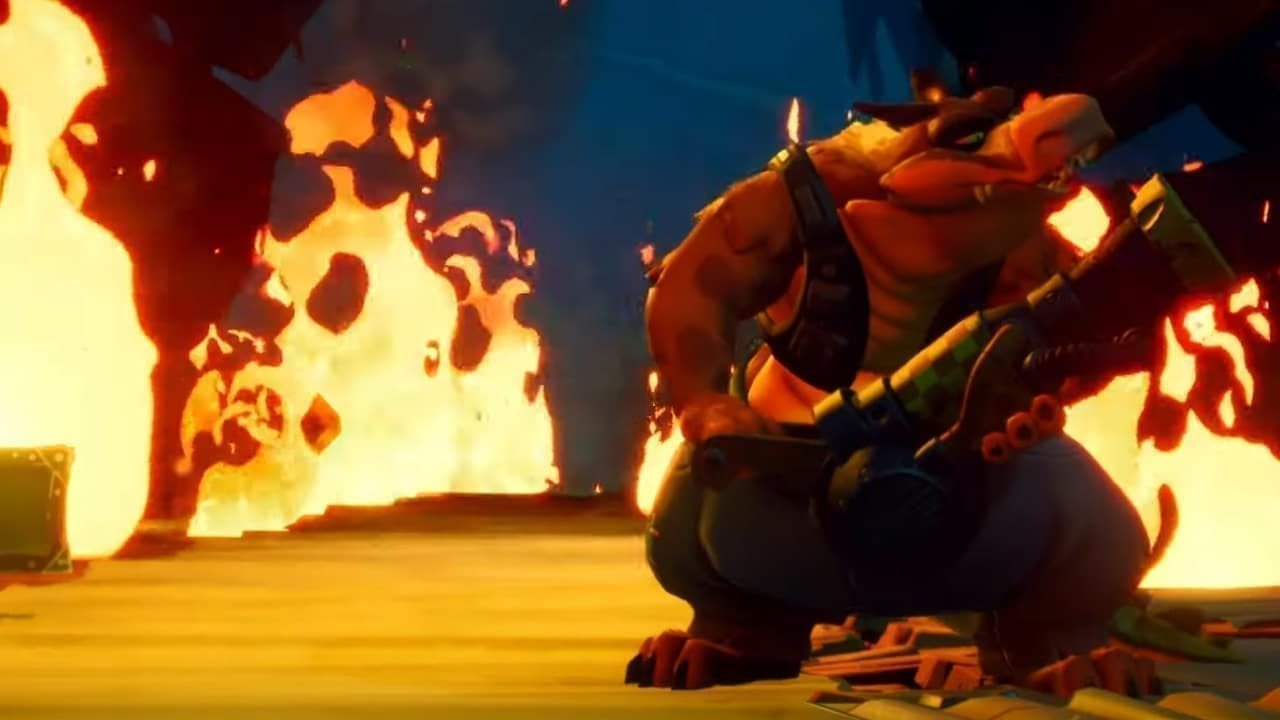 Some quick background: Dingodile has been a Crash villain since the third game. A dingo-crocodile hybrid, he appears as a down-to-earth if slightly unstable engineer with crude but effective explosive devices. By Crash 4, he’s retired and opened up a restaurant of questionable (at best) quality. I must admit I found this angle charming, but I was let down by his gameplay. Dingodile controls similarly to the core mechanics, but with the addition of a vacuum device he has never used before. I think it would have been far more interesting to take advantage of his former boss-status.

Perhaps instead of platforming, Dingodile’s levels could revolve around destruction. Since he’s roped into the adventure by outrage, he would be totally justified in grabbing his flamethrower and going on a rampage. He could also have a health bar, with the goal being to destroy as many structures and enemies as possible. It would be a nice, cathartic break from some of the more frustrating platforming levels. 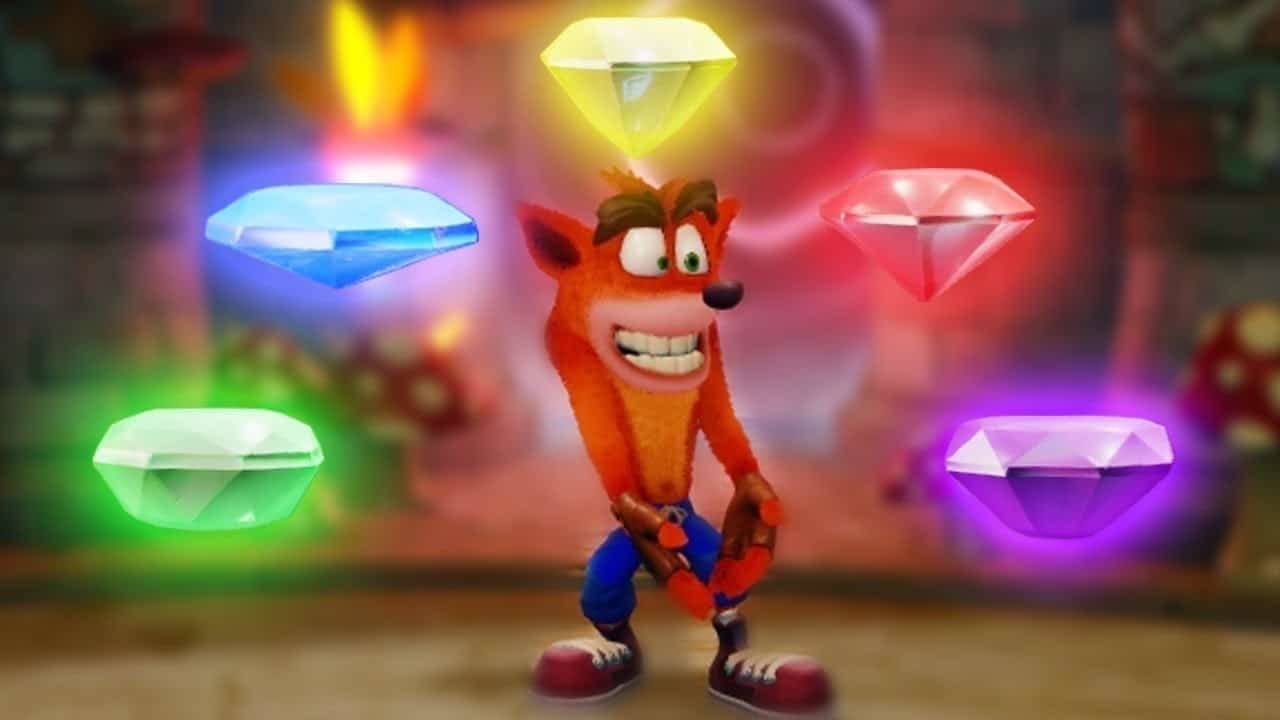 The colored gems have been a staple of the Crash series since game, one and are arguably the series’ most well-hidden collectibles. The trilogy gives clues as to how to get them, which range from reasonable to confusing. However, one thing that each game does the same is that it tells you which levels have colored gems. Crash 4 trashes that idea, and only provides bare in-level hints about where the gems are and how to get them.

This change is very frustrating, but a few key changes could make it less annoying. First, bring back the colored gem indicators on the level select. Second, make it so the gem paths they unlock at least have hidden gems in them rather than just extra crates. Third, make earning the colored gems balanced challenges rather than random actions. Finally, the secret path that collecting all the colored gems opens up should be more than just a checkpoint-less gauntlet with crates and a hidden gem at the end. 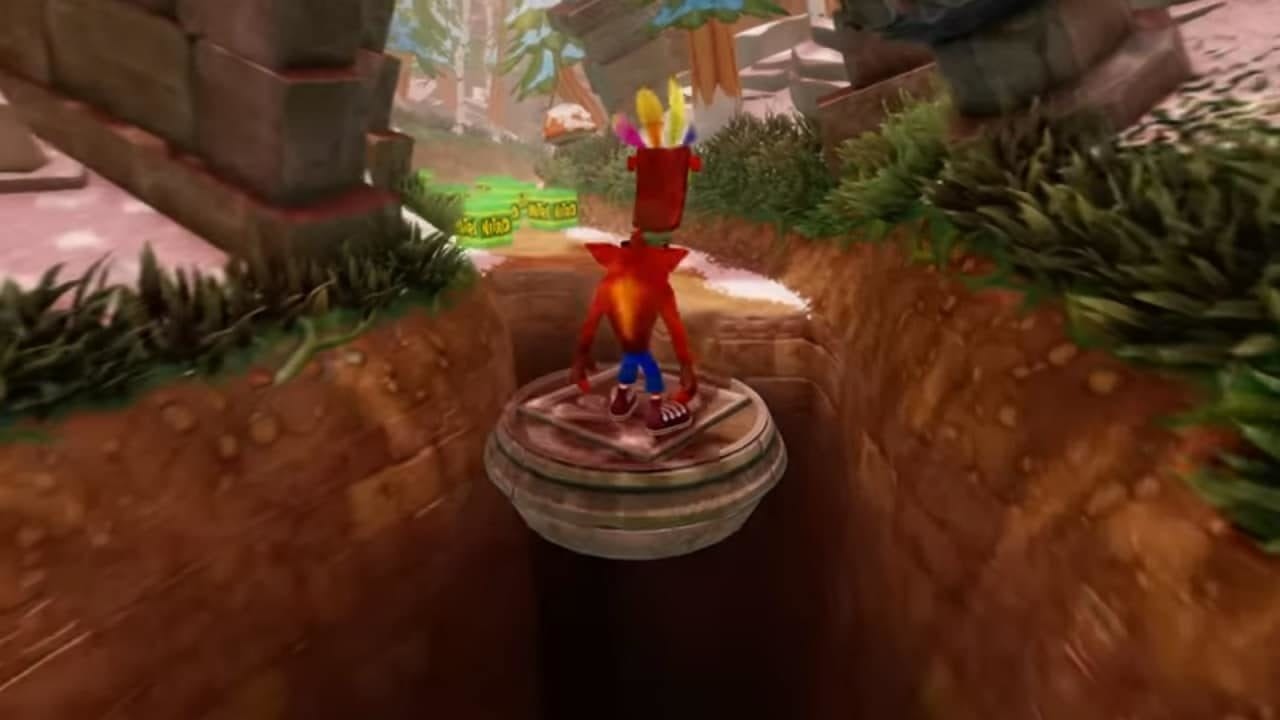 Another staple of the Crash series is what we affectionately call the Death Route, alternative paths that unlock by reaching them without dying. Typically they hide secret clear gems and missing crates, and provide an extra challenge. Crash 4 has replaced them with Flashback Tapes, collectibles that unlock “flashback” levels. These are 2D obstacle courses with tons of crates to break in order to earn the best score. While there’s something almost zen-like about strategically smashing crates in order to reach the end, there’s really no point to it. Acing them all nets a special costume, but first you have to collect all the tapes. I think this new take on the Death Route pales in comparison to the original. 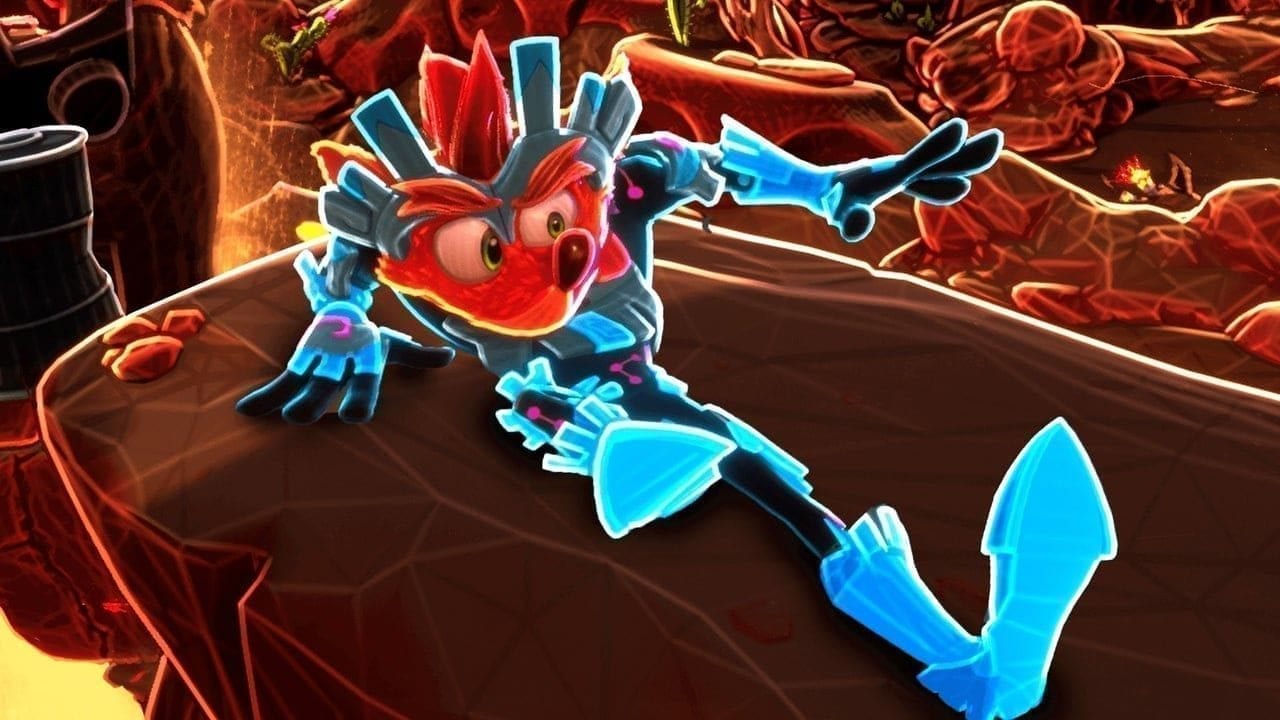 A new Crash 4 concept I was excited about is inclusion of N. Verted levels. After a certain point in the game, a thing happens that allows you to play them. I played the N. Verted version of the very first level and was taken aback: The level was flipped (right is left) and presented with a thermal-like filter that required echolocation through spinning. This added a new challenge, perspective, and different take on gameplay, greatly improving replay value. Then I played more from the other worlds and found that a majority of the N. Verted levels are simply left-to-right with a colorful but unobtrusive filter on top. It was wasted potential for what could have been something way more interesting.

The developers could have easily applied the echolocation aspect to all the N. Verted levels, and that may have been enough. Additionally, they could have made it so that they’re upside down (the N. Verted gems misled as much) or even that you have to play the levels backward. As it stands, they’re little more than an aesthetic gimmick.

Overall, I enjoy Crash 4, which is why I like to spend time examining it. Wondering about what could have been and expecting more helps us to understand our own tastes better. There are more ideas I have in mind, and I’m sure there are plenty of reasons why the game turned out like it did. These suggestions may seem like harsh critiques, but I know what the design team is capable of, so I see them as hope for future projects. If there is a Crash 5, I’ll look forward to crossing out this list.