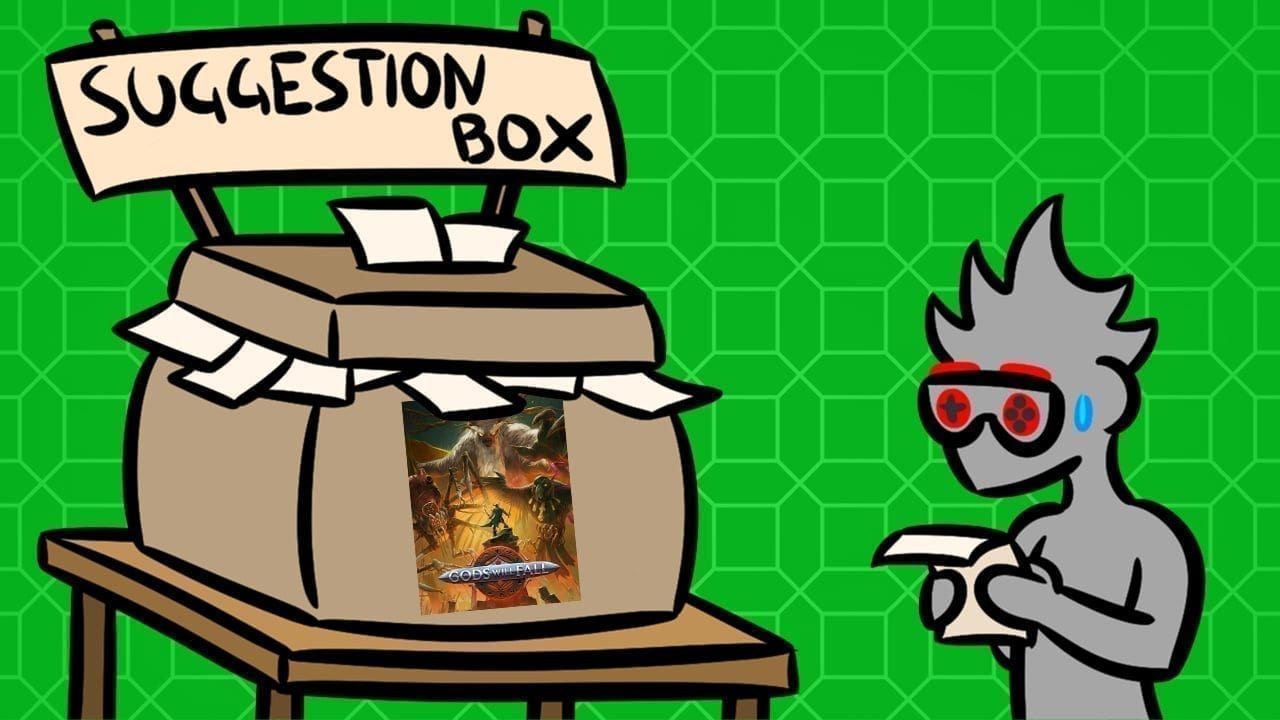 “We criticize because we care” is something that many critics fully believe in. It’s true that the harshest reviews are often the ones that get the most attention. This paints critics in a bad light, but the reality is that the more we love something, the more closely we look at it. That’s definitely the sentiment we have with Clever Beans’ Gods Will Fall. Even though our review wasn’t exactly favorable, we know that there’s hope for it. We see the potential to improve, and the errors we highlight are possible to fix with updates. With that in mind, the following suggestions will focus on changing the game’s structure and content to bring out the game’s true potential.

5 Suggestions for Gods Will Fall 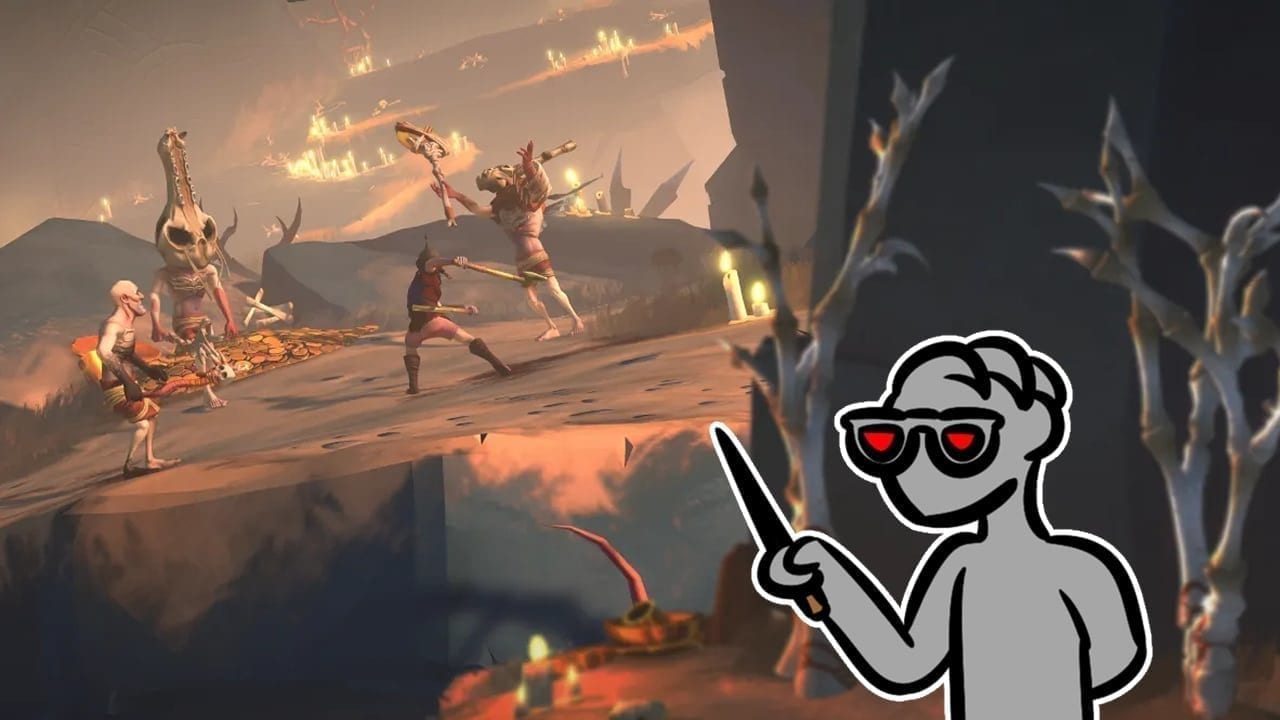 To repeat a comment from the previous pieces, this game seems to revolve around replayability. Considering how quickly you can get a ‘Game Over’, the average player may find them restarting more than once. However, the issue is that even though the game presents ten unique levels, they’re are the same every single time. The replay value plummets when you know what to expect each time you drop in. On top of that, the enemies are almost always in the same place and the same types. So, the most obvious suggestion is to randomize the level structure and enemy placements to add more variety to session. It wouldn’t even have to be super complex to have an effect. Each level can have a mirror version, they can be set in the dark, and modifiers can add more hazards, to name a few. This may need to come in the form of a thorough update or patch to be into future version of the game. 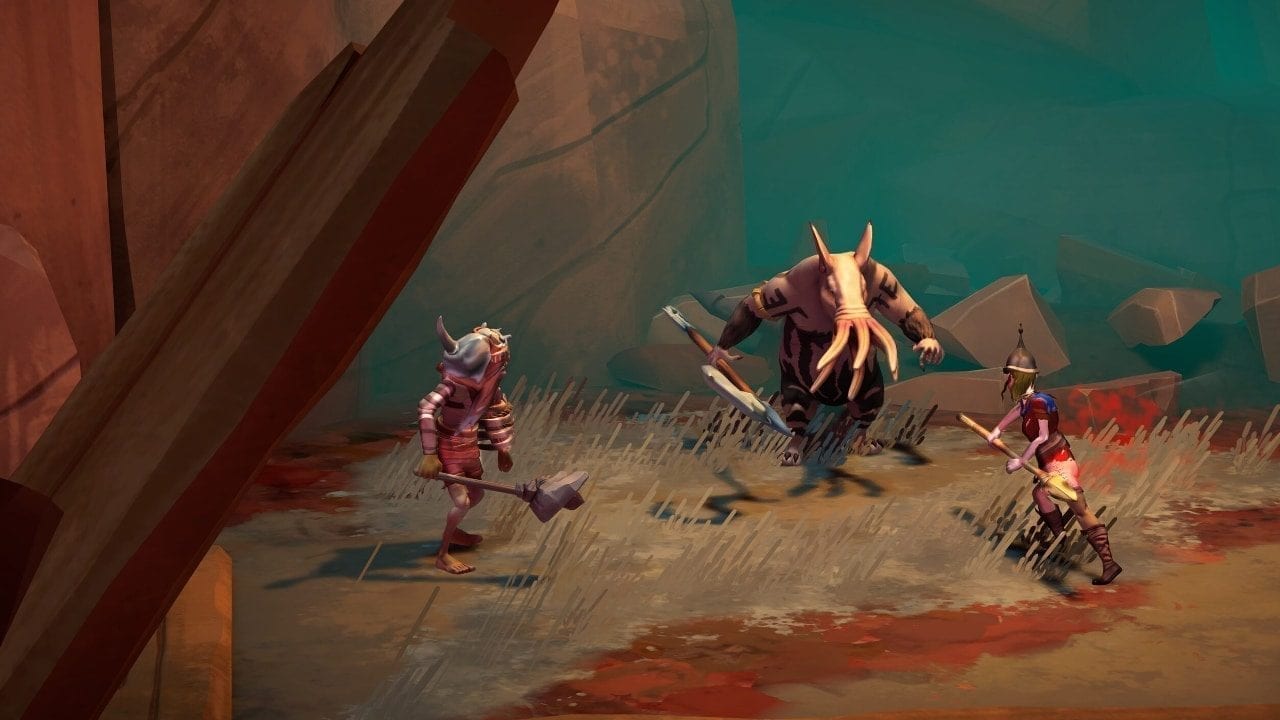 One of the biggest problems in Gods Will Fall is how it handles loot. Items are in random locations all over the levels, and at times not at all. The only way to get better weapons is by beating levels, and there’s no guarantee that you’ll get them no matter how well you perform. This is an easy source of frustration, but this next suggestion can help reduce that. Giving a loot drop mechanic to the hordes of enemies that players will face would definitely yield a more rewarding experience. Once again, it wouldn’t even need to be that all enemies have the potential to drop loot. Since enemies don’t respawn and warriors are finite, it’s almost impossible for players to farm for an advantage. An effective way to implement this suggestion would be to make designated ‘Loot Enemies’ that are uncommon, challenging, and difficult to find. This would make the hack-n-slash aspect of the game more rewarding.

More Points of Interest in the Over-World 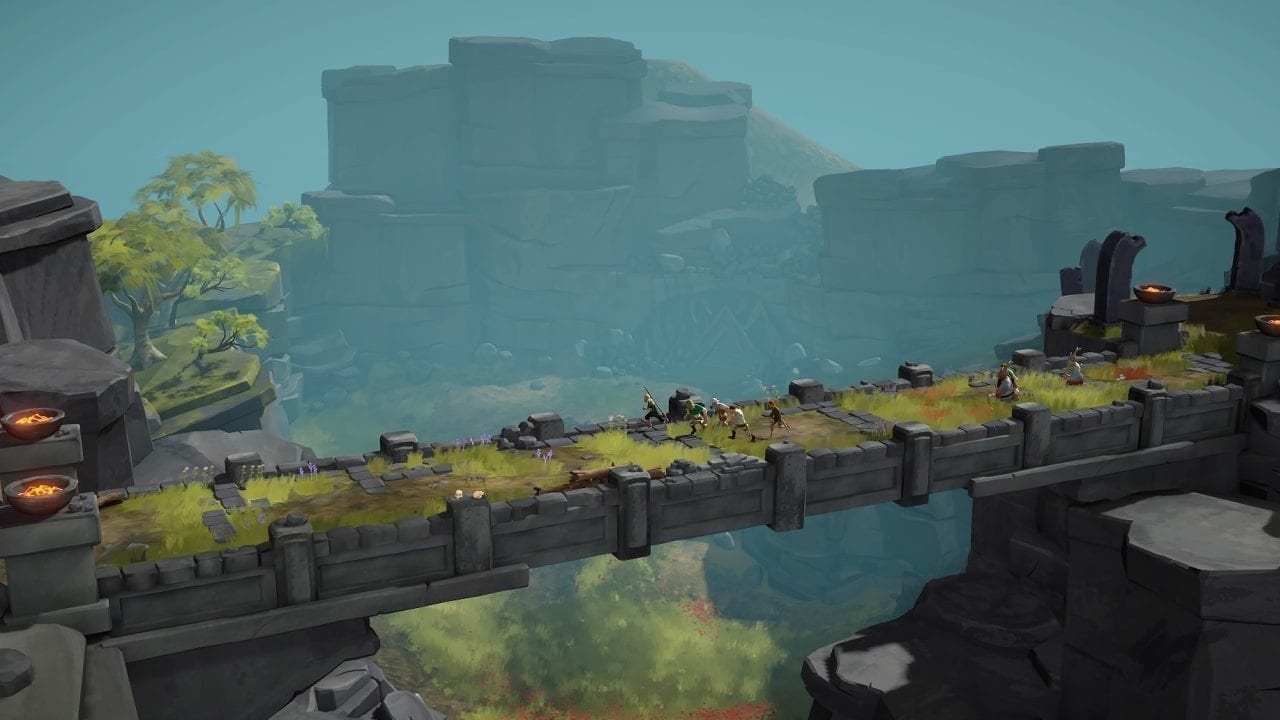 The game takes place in an area called the Forbidden Lands, where the gods live… and where nothing happens. The size of the hub area the warriors’ movement speed makes for pleasant yet boring navigation. The only non-level areas of importance are a well that is only useful for future runs and a burial mound that relies on sacrifice and finding one very particular item. The Forbidden Lands are in dire need of a fantasy redecorator, but for now will have to settle for some of our suggestions.

There should be an alternative to upgrading/receiving weapons; it could even work as gamble to add the excitement of risk versus reward. There could be a place to leave warriors to recover while the rest go to complete some realms. Maybe an arena where warriors can fight for loot or new skills could fit somewhere. Lastly, there should definitely be some kind of merchant, and they don’t even need to be in the over-world. They could appear in hidden places around the realms giving more reason for exploration. Adding any of these would definitely help flesh out the world. 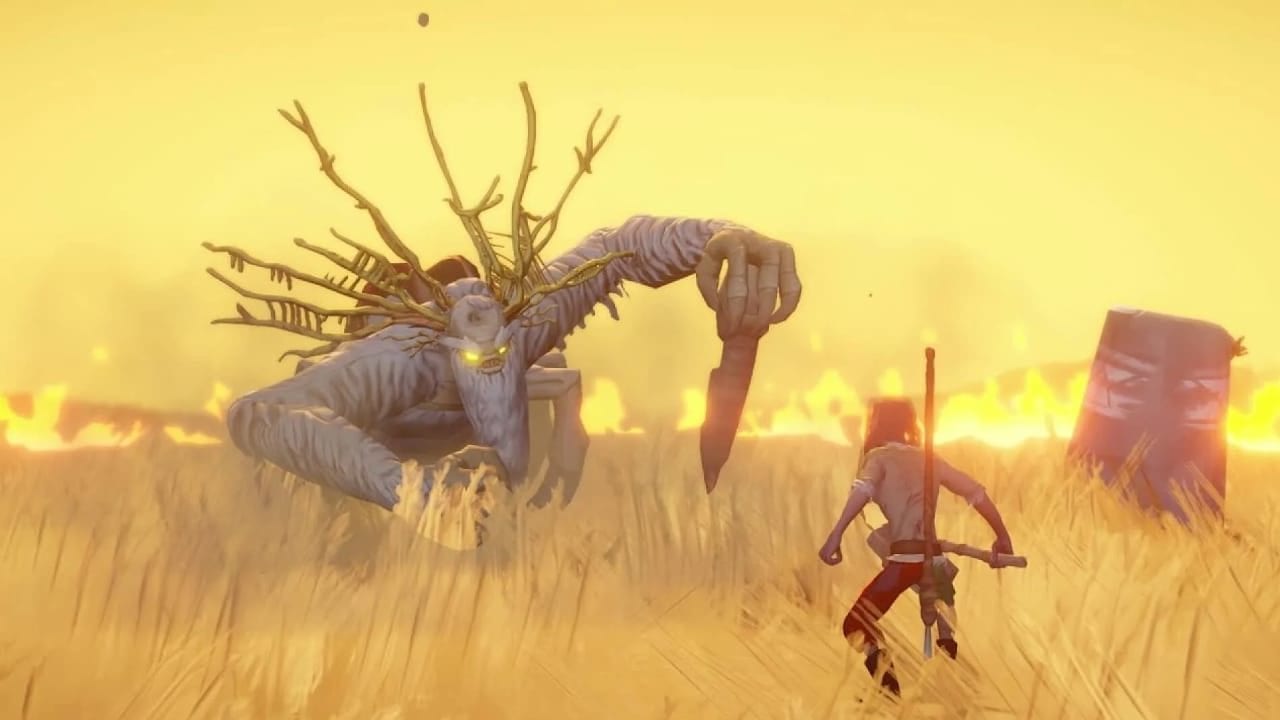 At the beginning of the game, one of the opening statements is about determining each god’s difficulty. The thing is that it’s very simple to guess the progression: It goes from nearest to farthest. As such, since the enemies get progressively tougher later on, there’s no reason to work against the progression. The difficulty curve is the same every run, and the bosses always behave the same way. In fact, the biggest issue is overcoming any disadvantages the warriors you end up with may have. Our suggestion is that the game should alternate its difficulty to better match that opening statement.

While it’s not currently possible to see how hard a realm is without sacrificing a warrior, there are options. Each warrior has a social aspect, sometimes having connections with each other or the gods. The problem is that this mechanic really only weakens or strengthens individual warriors. By enhancing this to act as a sort of Danger Meter, players can get a reading of which gods their warriors feel comfortable challenging. By swapping around the realm difficulties, each run will have a different difficulty curve that the player will need to discover.

Short and simple, there should be a base ranged weapon like a bow or sling. Yes, ranged weapons exist as uncommon items and thrown objects, but that’s it. By giving ranged fighters disadvantages that prevent them from using these, they can still be a balanced addition. Including these types of weapons will add another type of play style for players to experiment with and enjoy. Also, it would add more randomization to the warrior group makeup.

Hope on the Horizon 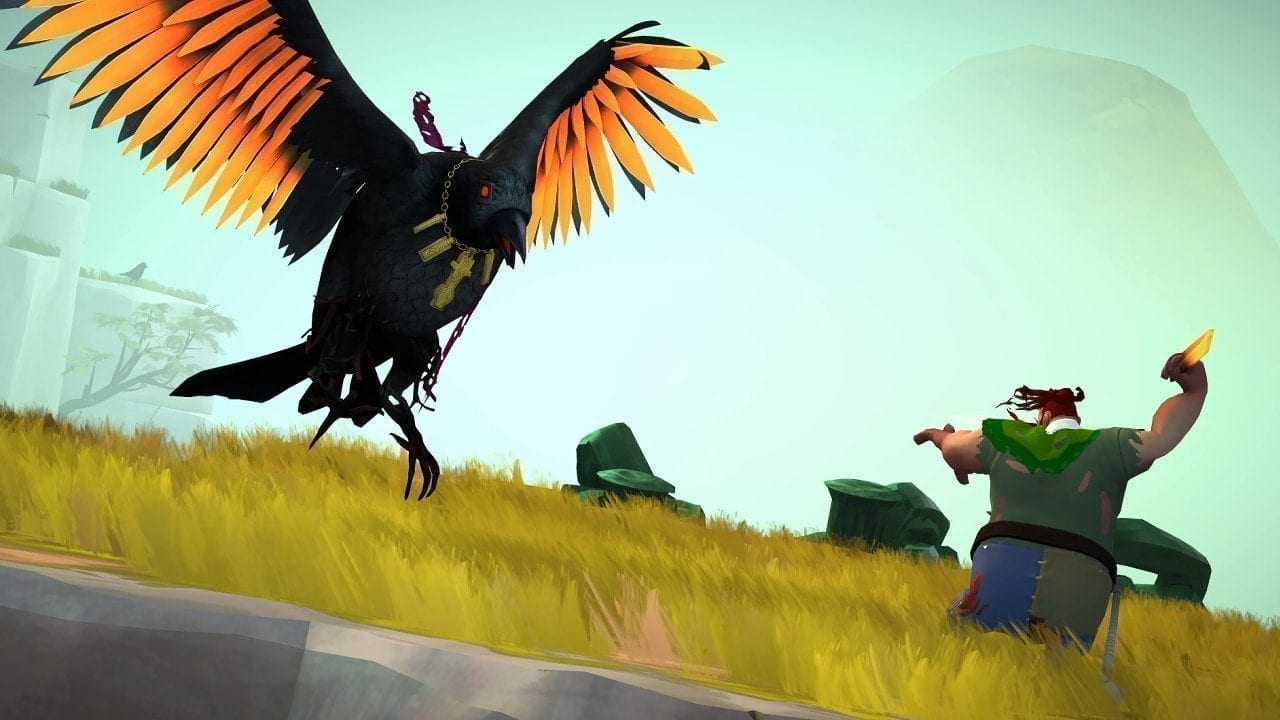 Gods Will Fall continues to gather moss as it rolls down the hill of the gaming community. There are many positives about the game and the negatives can easily be turned around to join them. The foundation of the gameplay and its mechanics are solid, which makes the experience perfect to build upon. Perhaps these suggestions will come from independent mods rather than the devs themselves? Only time will tell how the experience will change, or whether it will be for the better. Now that these suggestions are out there all we can do is wait and hope that they’ll find their way into Gods Will Fall before they all fall.