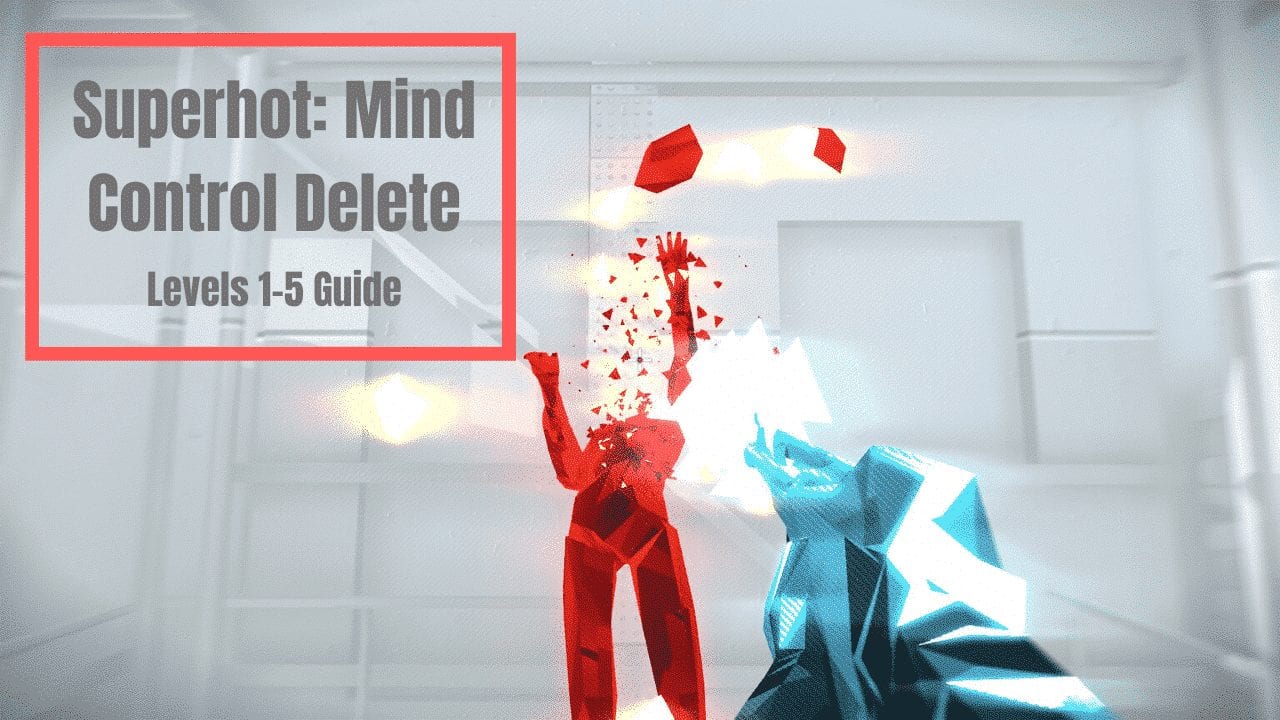 Superhot: Mind Control Delete is the follow up to the critically acclaimed Superhot, released back in 2016. This new Superhot game brings several new features and mechanics for players to enjoy, as well as challenging new puzzles to solve. That said, in this guide, we will show players how to beat Superhot: Mind Control Delete Levels 1-5, all of which will be listed below by level.

How to Beat Levels 1-5 in Superhot: Mind Control Delete

Overall,  Levels 1-5 in Superhot: Mind Control Delete, are pretty straightforward and are mainly focused on allowing players to figure out the game mechanics. However, for those who are in need of help, we hope this guide will effectively showcase what you need to do at each level in order to beat them. With that said, in the list below, we will start with the first level in the game and make our way to level five! Let’s get started!

The first level starts with the player in a subway, and when the doors in the image above finally open you are going to want to punch the red enemy that rushes at you soon after. To perform a melee attack on PC, just hit the left mouse button when near the enemy. 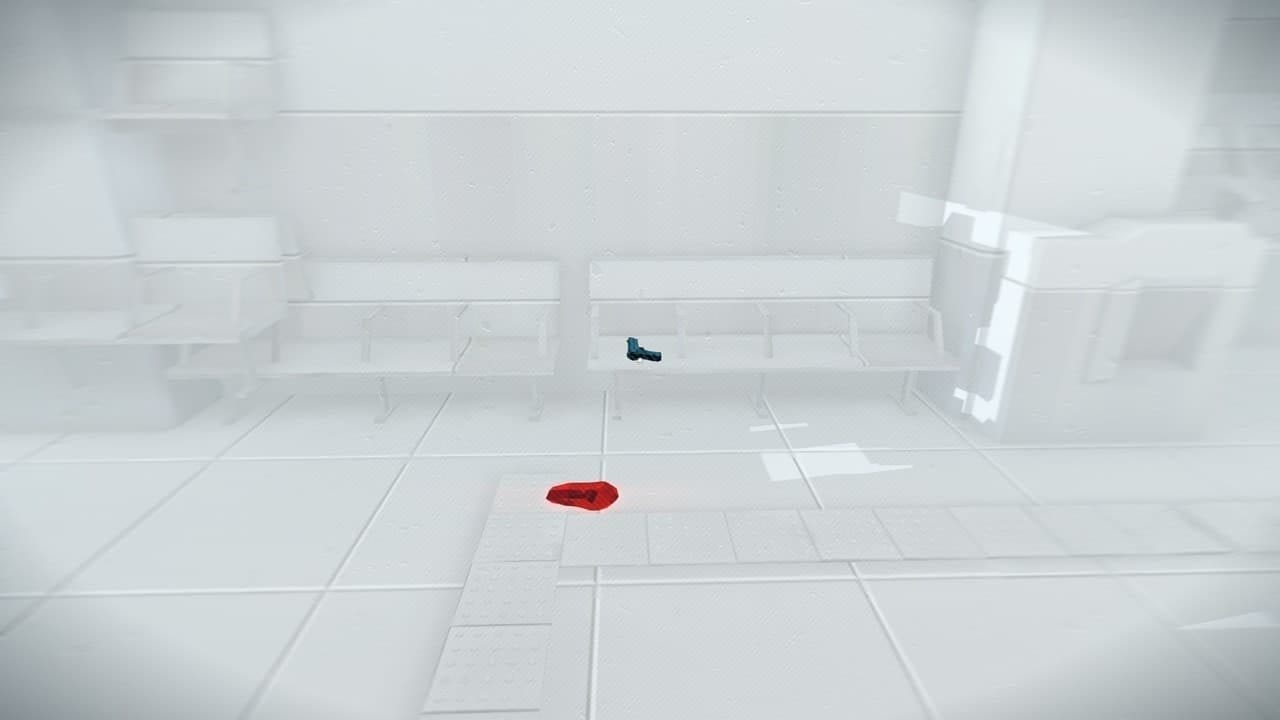 After dispatching the immediate threat, walk through the doors and then you will see a gun sitting on a bench right in front of you. You are going to want to pick the gun up for this next part. 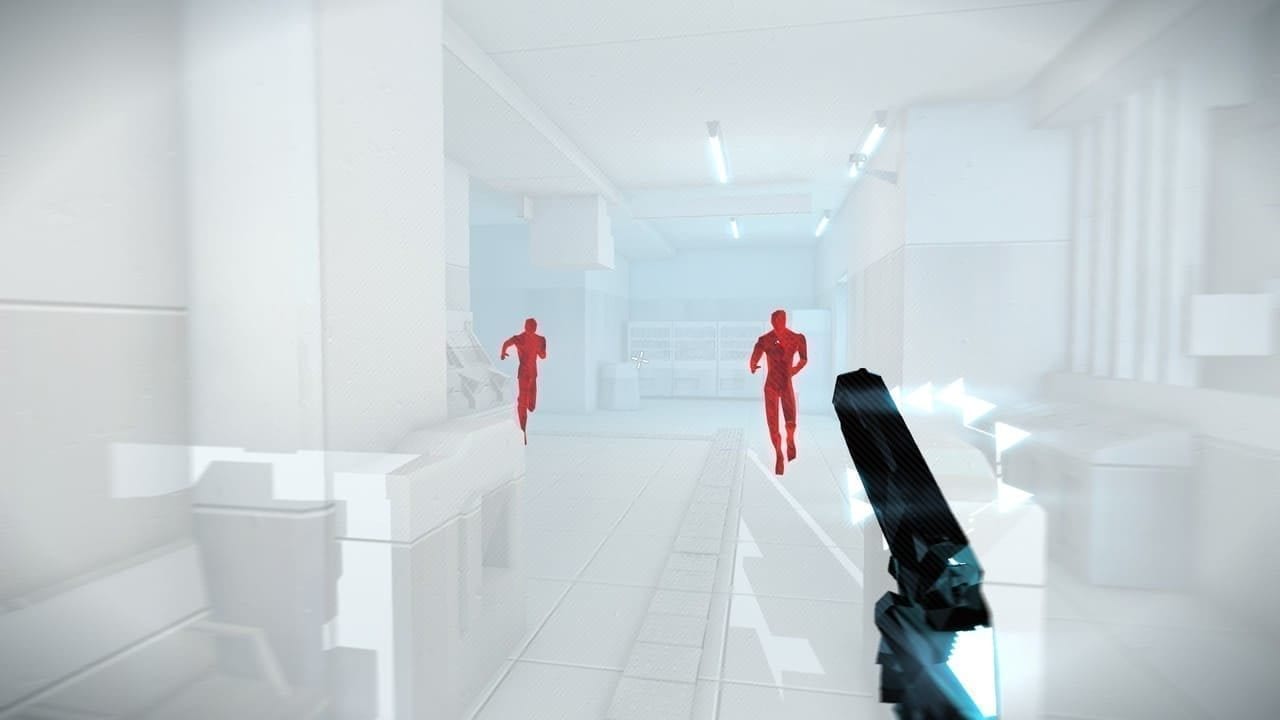 Soon after, two more red guys will appear and start to rush you. To deal with this next part, start with the guy on the right and fire the pistol using the left mouse button/trigger. 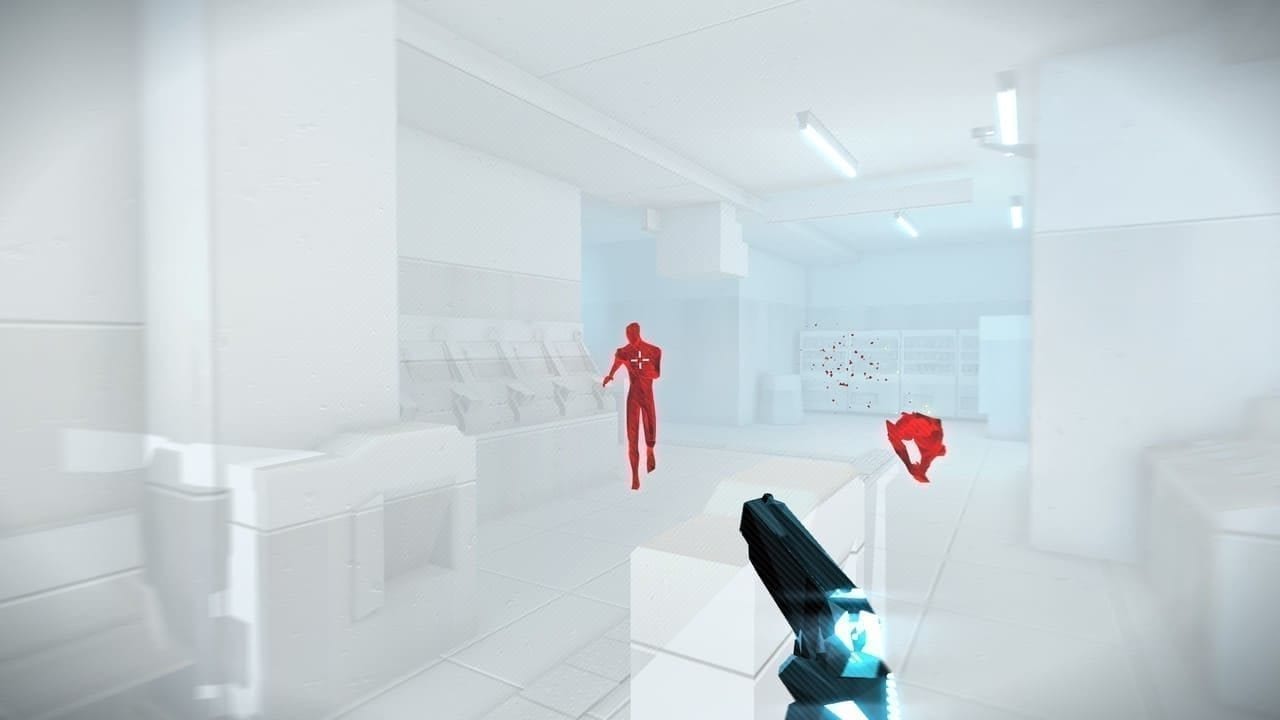 Now after you have gotten rid of the right red guy, move on to the one on the left using the same method as before. After taking care of him, you will then move on to the next level. 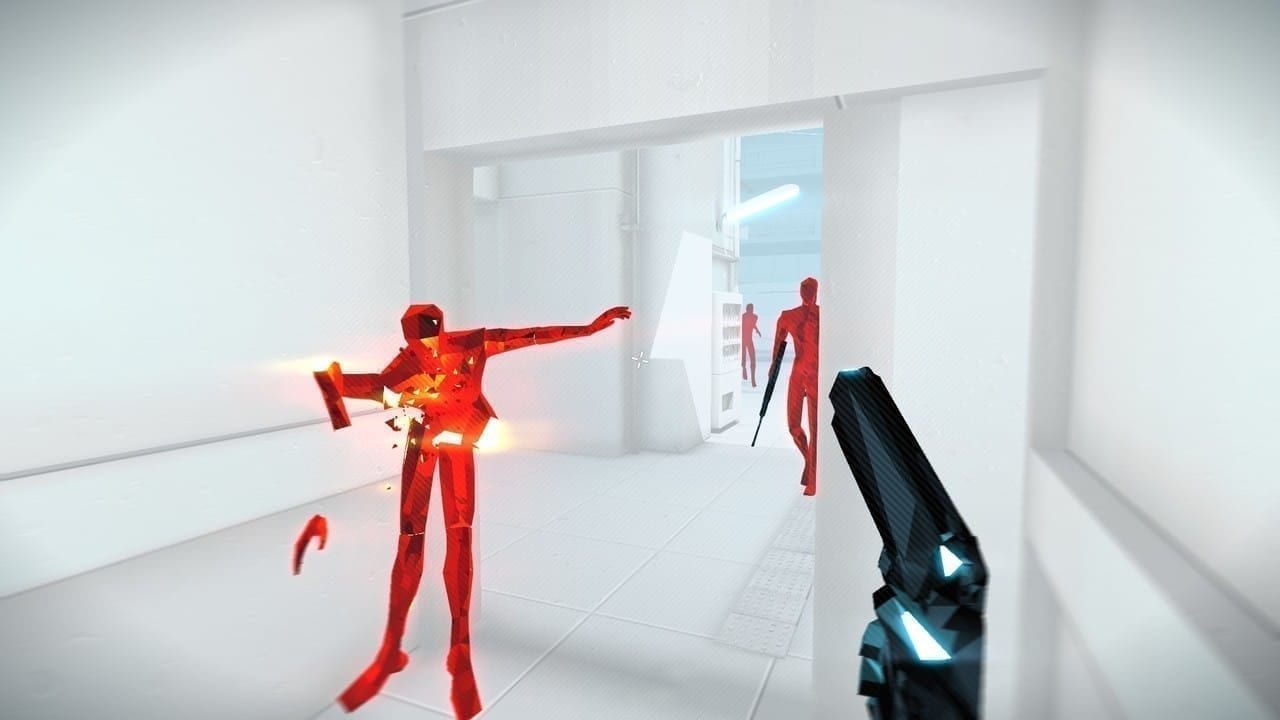 This level will start with the player inside an elevator, and what you need to do is wait until the doors are fully open and then kill the first threat in front of you. 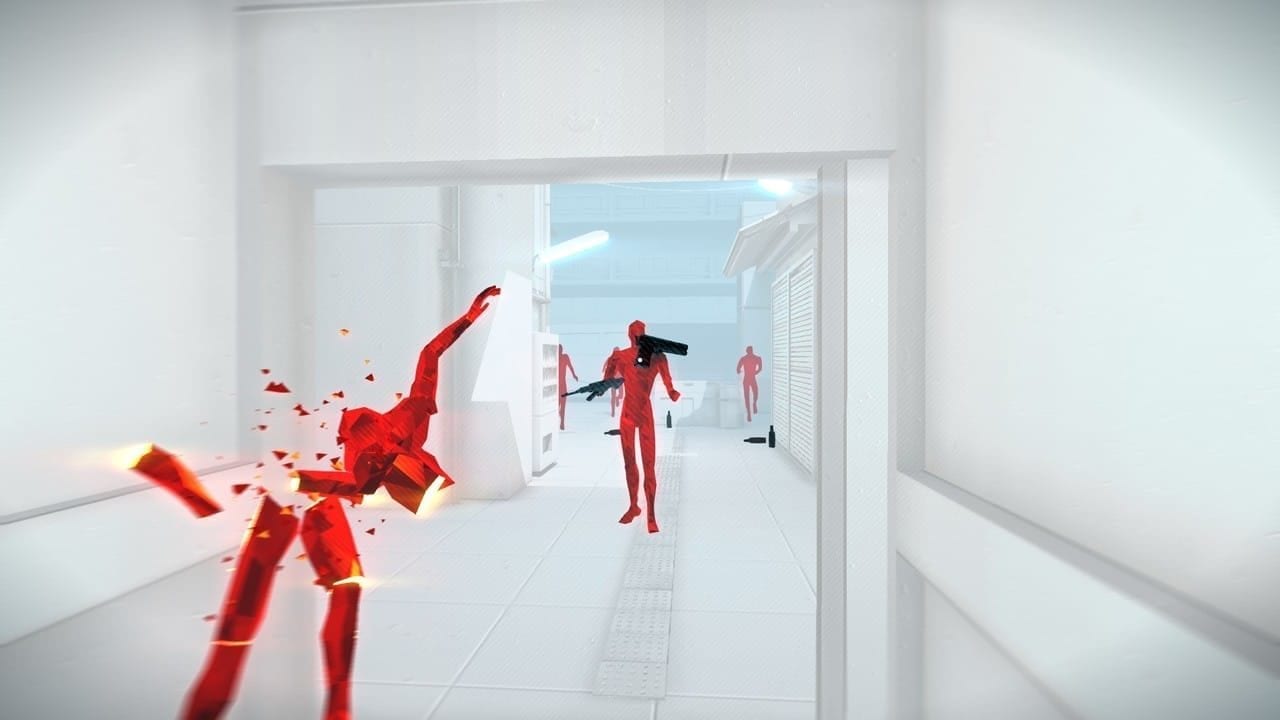 Next, you will need to throw your gun at the enemy as shown above with the assault rifle. You can throw weapons or items on PC by pressing the right mouse button. 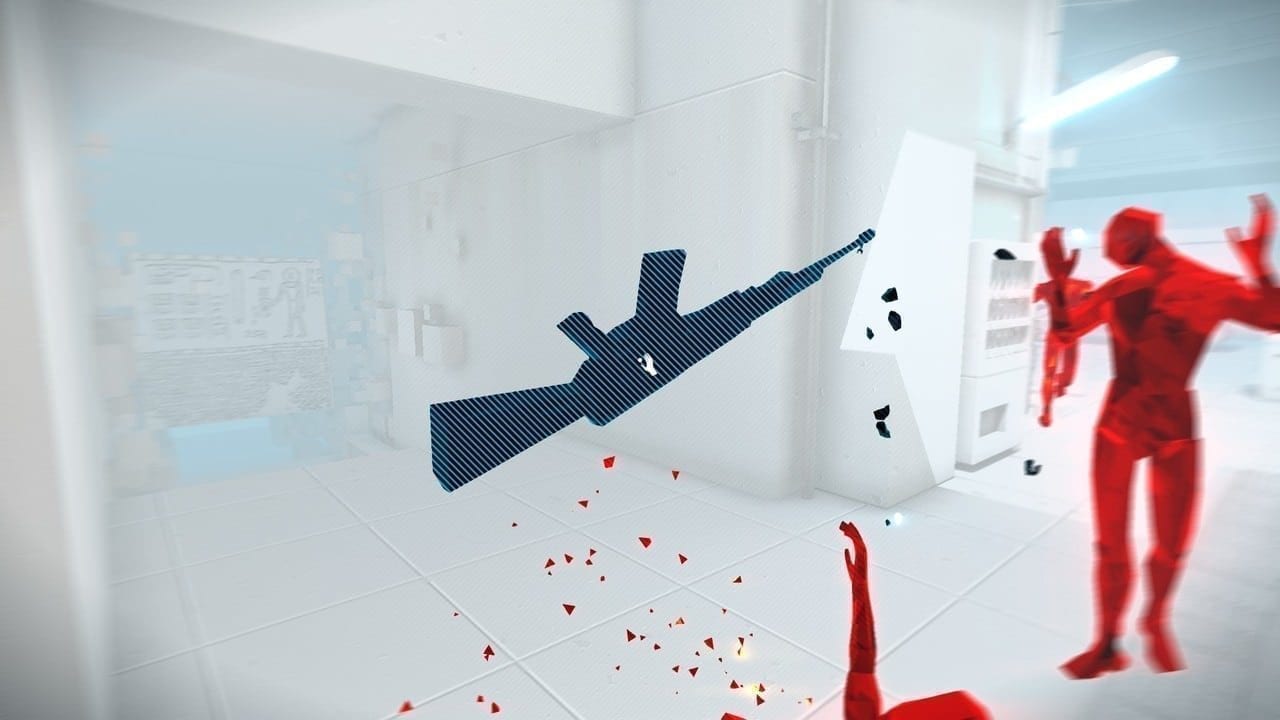 After throwing your gun, the red guy in front of you will soon drop his gun and it will then fly pass you. Be sure to grab it quickly as it is vital for this next part. 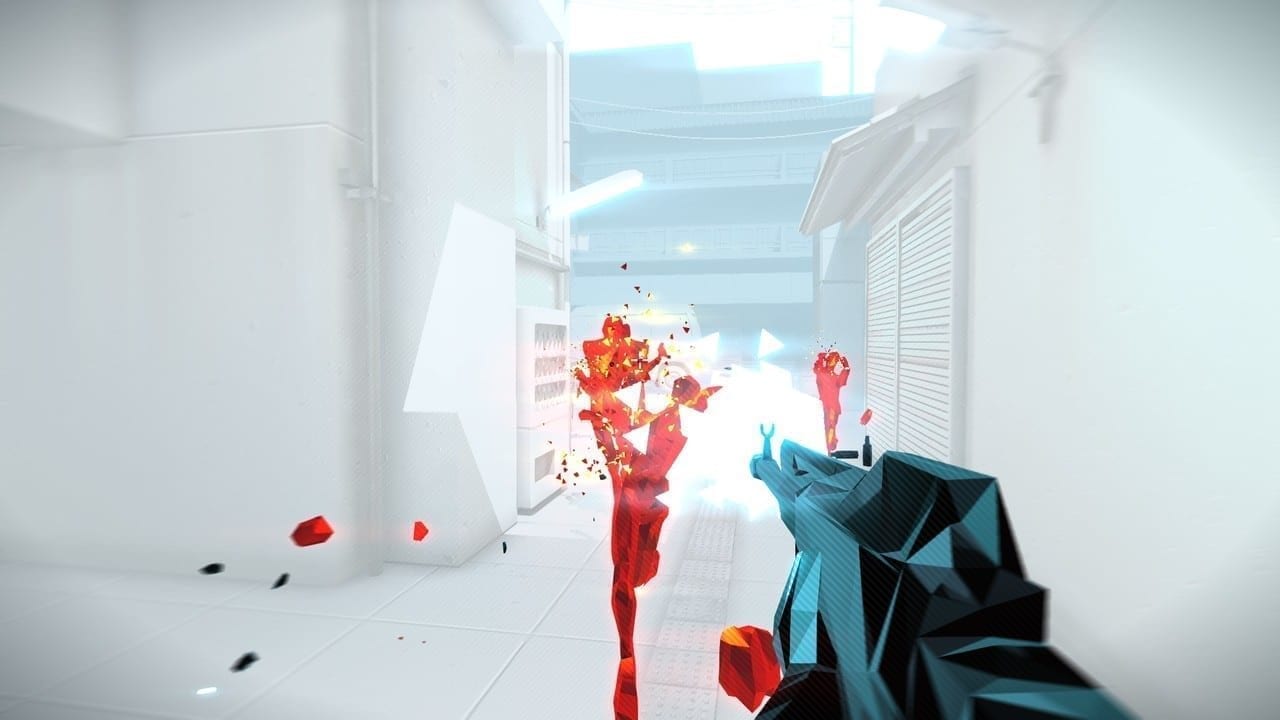 When you pick the rifle up, use it to take care of the following three enemies, but be sure to conserve ammo and to move quickly. If you are quick enough, you can at least get one more shot off to kill the enemies in the next part. 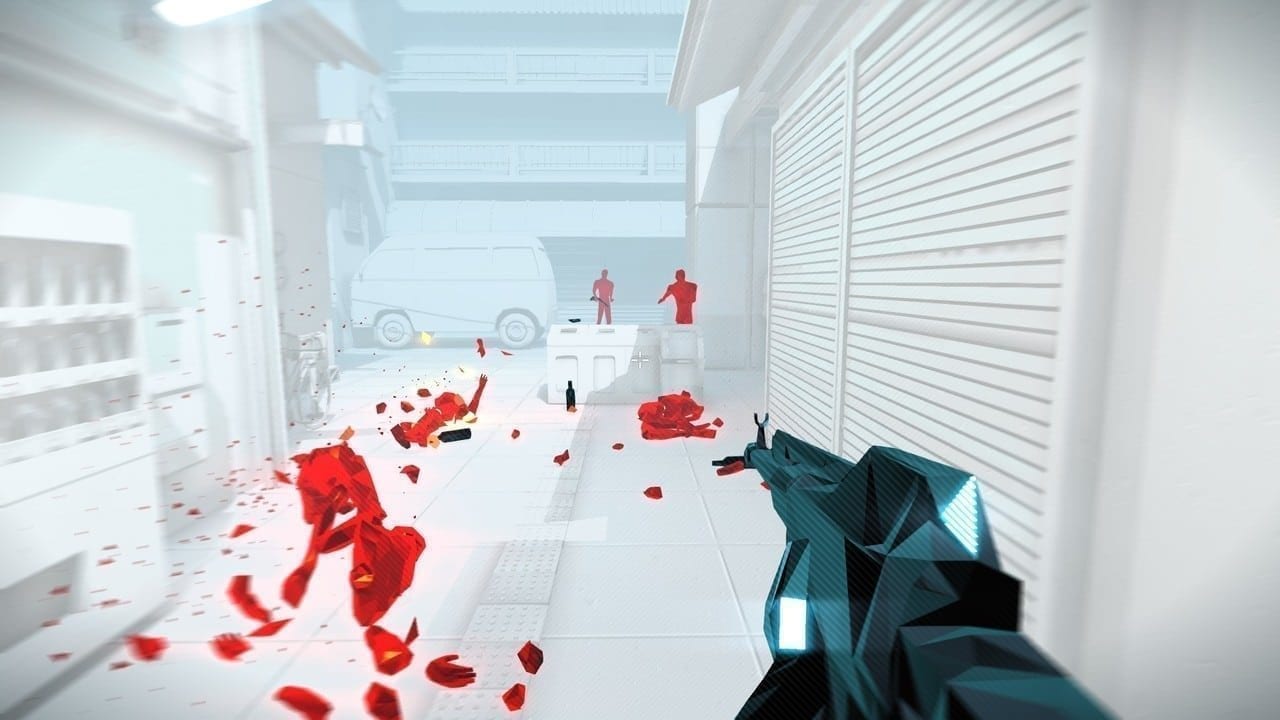 Soon after killing the three enemies that were previously threatening your life, two more will appear, and one has a deadly shotgun. If you weren’t able to get rid of either one of these red guys with the rifle, here is what you can do to remedy that. 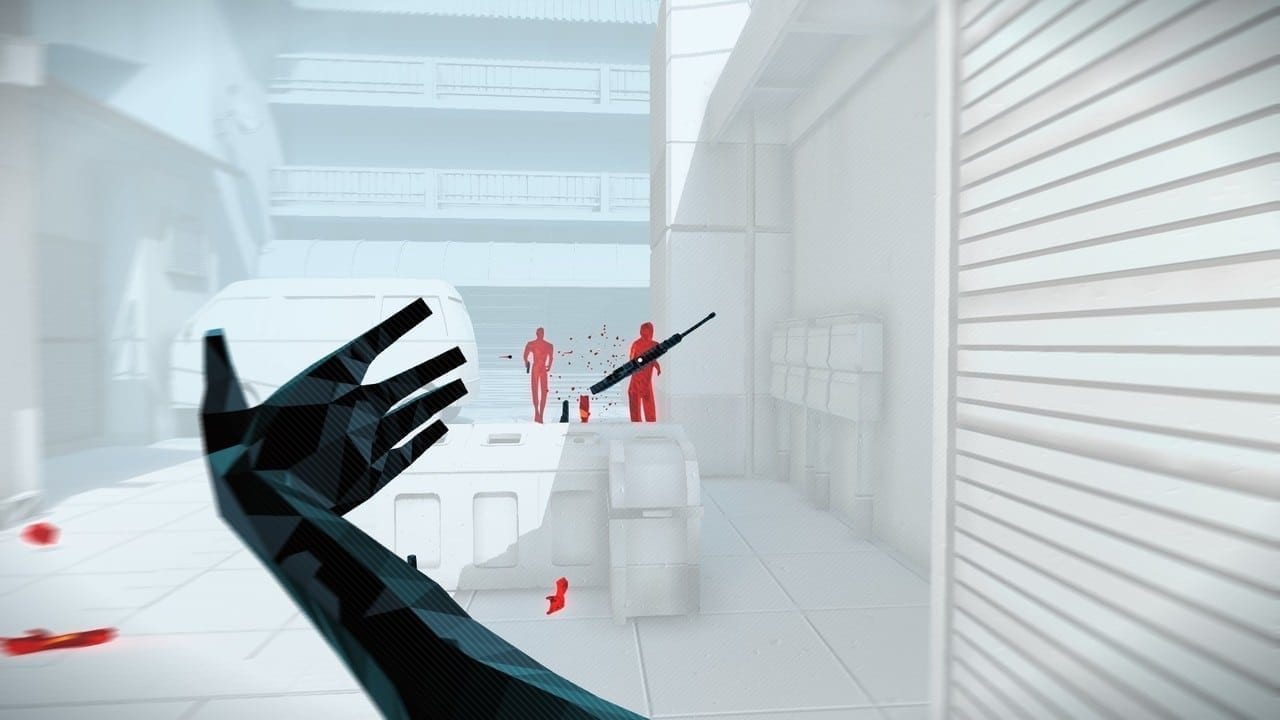 First, throw the rifle at the enemy on the right and it will take care of him. 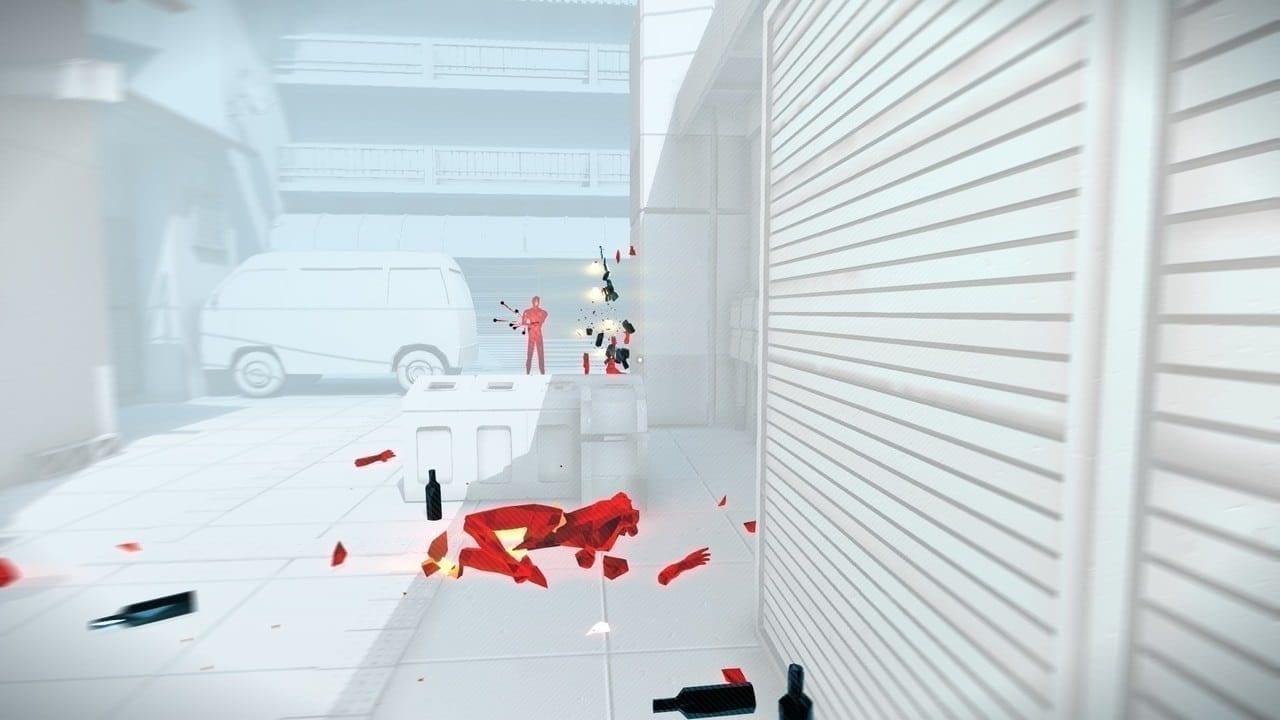 Next, dodge the bullets coming from the guy with the shotgun and pick up a bottle that is sitting on the ground in the image above. Use this to throw it at him and use the time bought to approach him and defeat him with a melee attack. Alternatively, you can try to find the gun from the third guy at the beginning of this level use that to kill him. 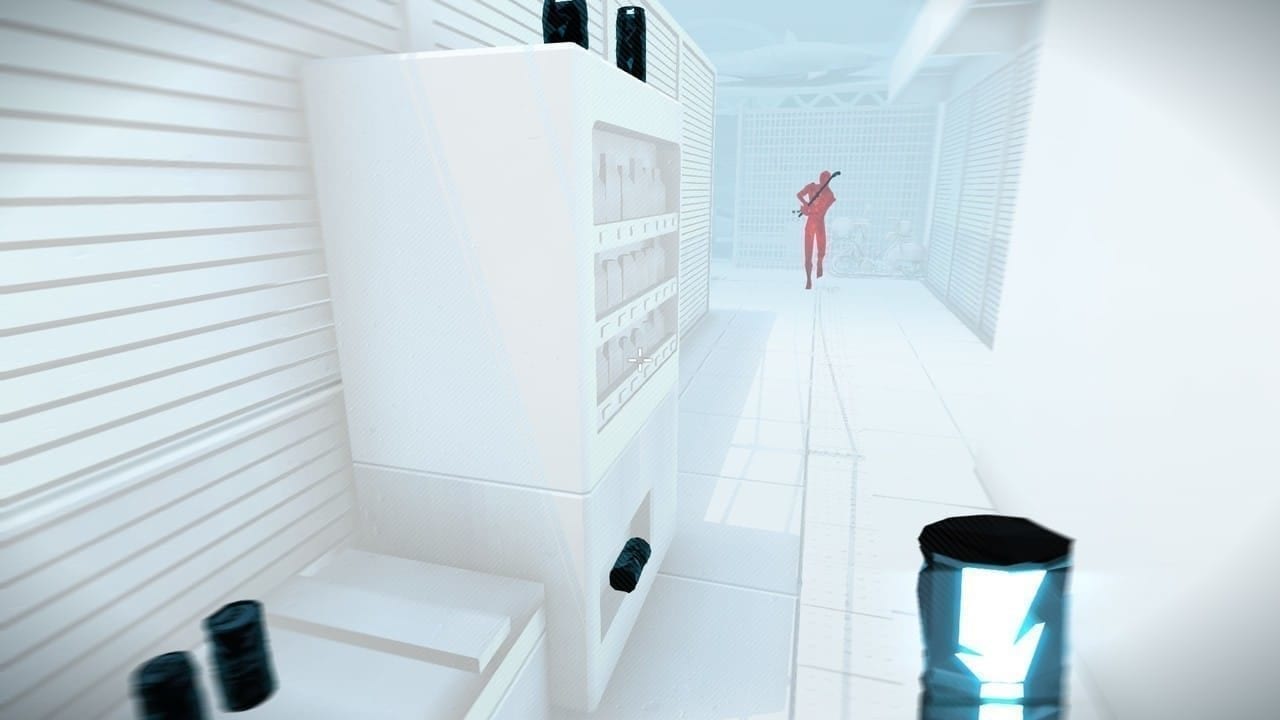 This next level is pretty straightforward and all you need to do is use melee attack on all of the foes until a certain point. For this first guy, you can either rush him or throw a can and then steal his weapon and hit him with it. In the end, the method doesn’t really matter here. 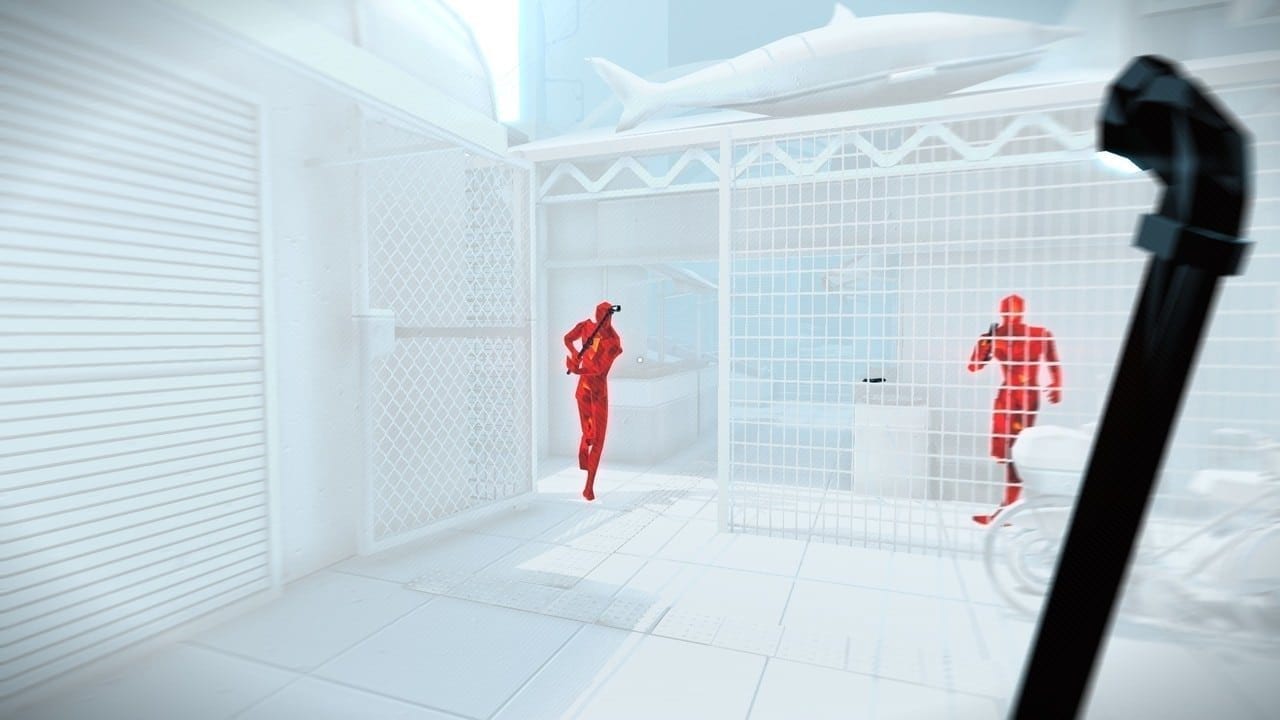 After you have dealt with the first red guy in this level, two more will then soon appear charging through a gate. Players should also note that the one on the far right is armed with a gun, which will be important for later in this level. 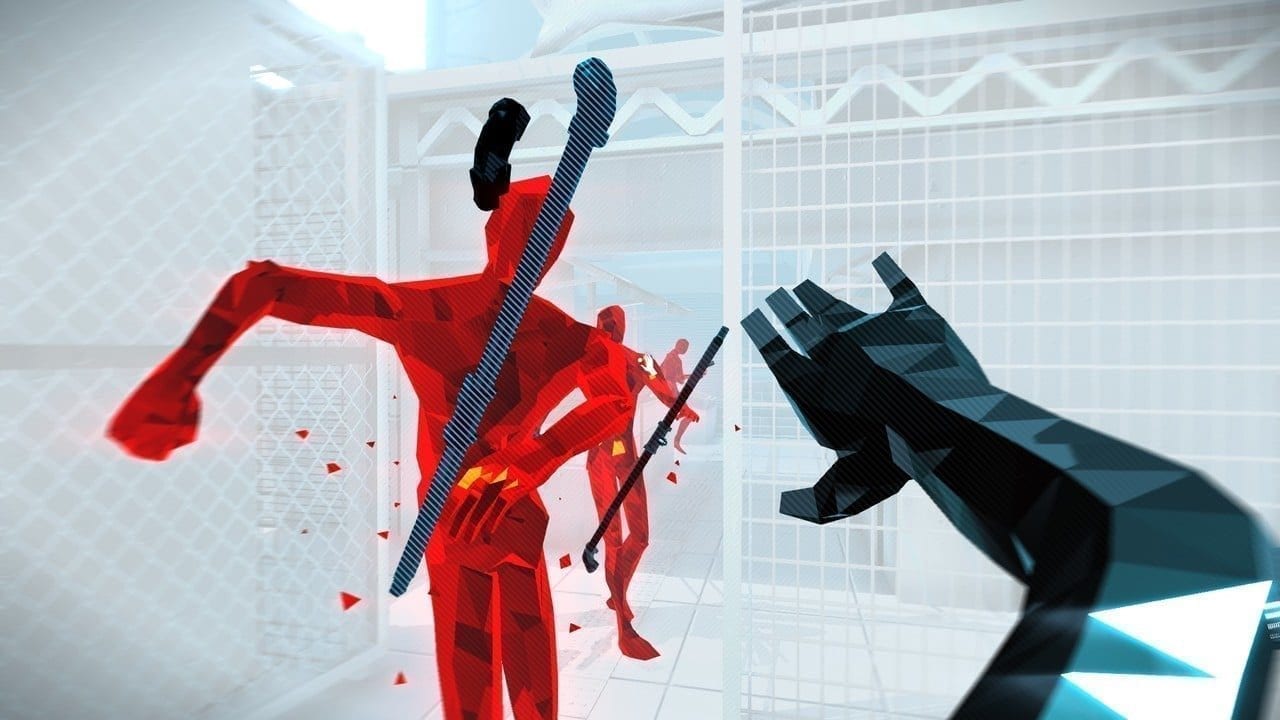 To take care of them, use your lead pipe and melee the first red guy and then throw your pipe to take care of the one behind him. Be sure to pick up the second guy’s gun that he will drop because it is important for the next step.

With the gun in hand, use it to shoot the second red guy and then the third after him. Also, be sure to dodge any incoming bullets coming from the third guy. After this, you will then proceed to Level 4, the trickiest one so far. 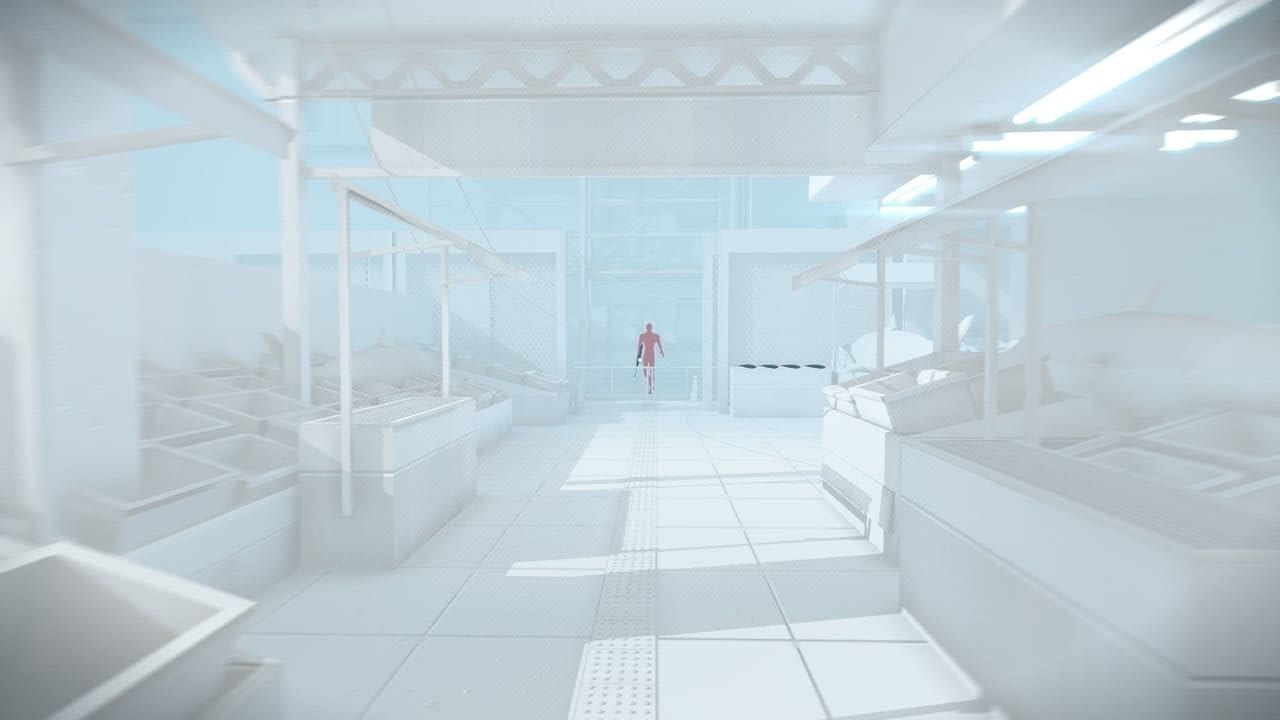 This level will open up with a red guy shooting a rifle at you. As expected, you will need to dodge the bullets by moving slightly left and right depending on the direction of the bullets. 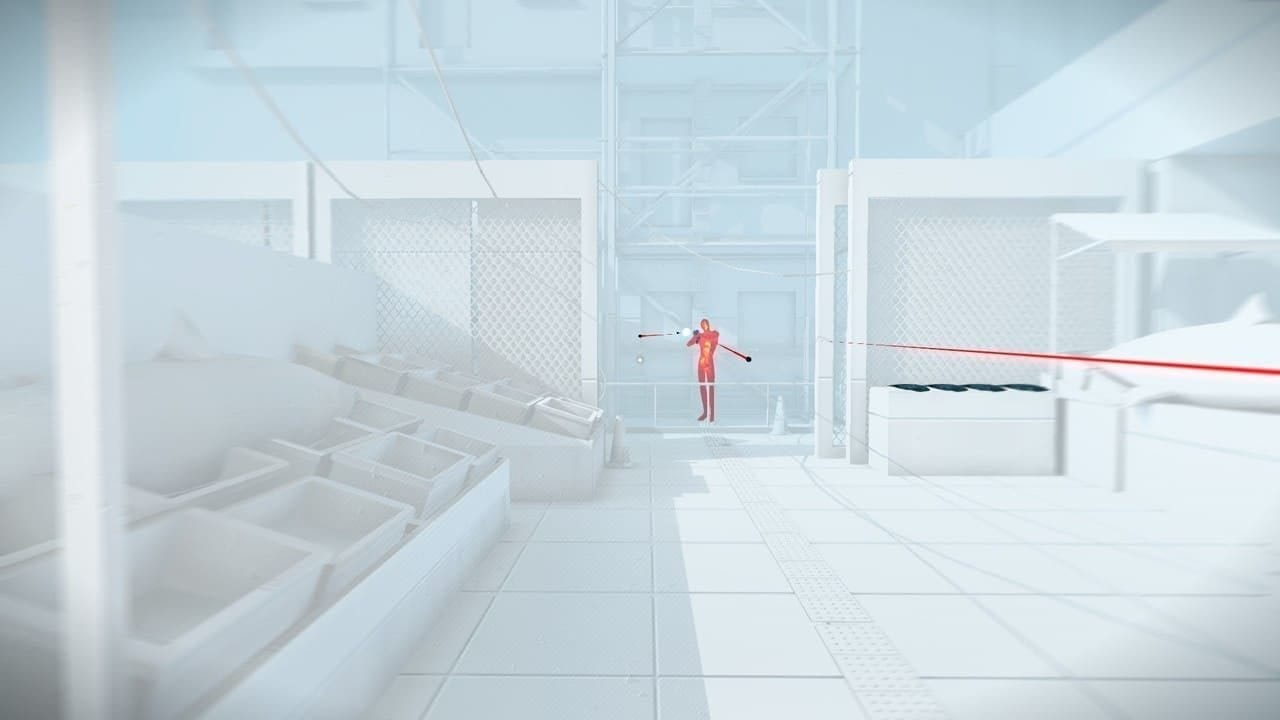 Be warned this part might take a few tries to get passed, but once you do, you will then need to use a melee attack and then grab his rifle and kill him with it. 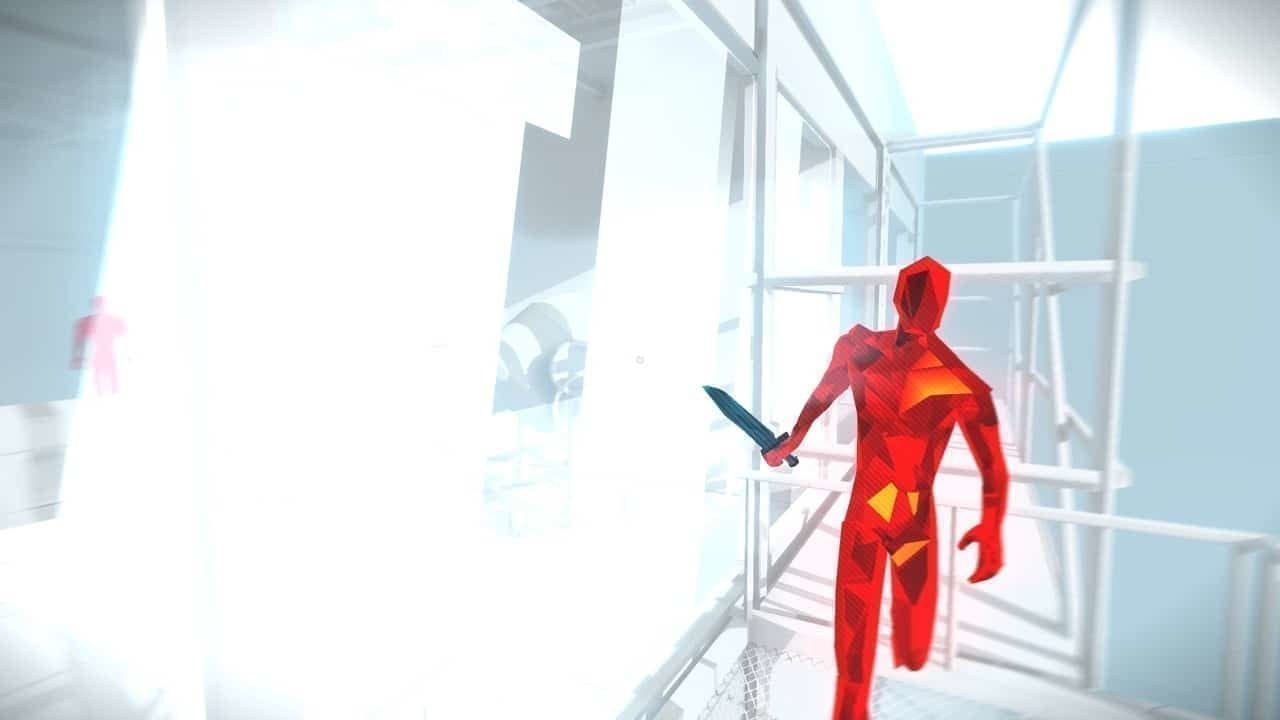 The last section in our Superhot: Mind Control Delete level guide will open up with the player outside what appears to be a platform outside of an office building with a red guy holding knife close by. You will then need to melee the red guy and use his knife to kill him. 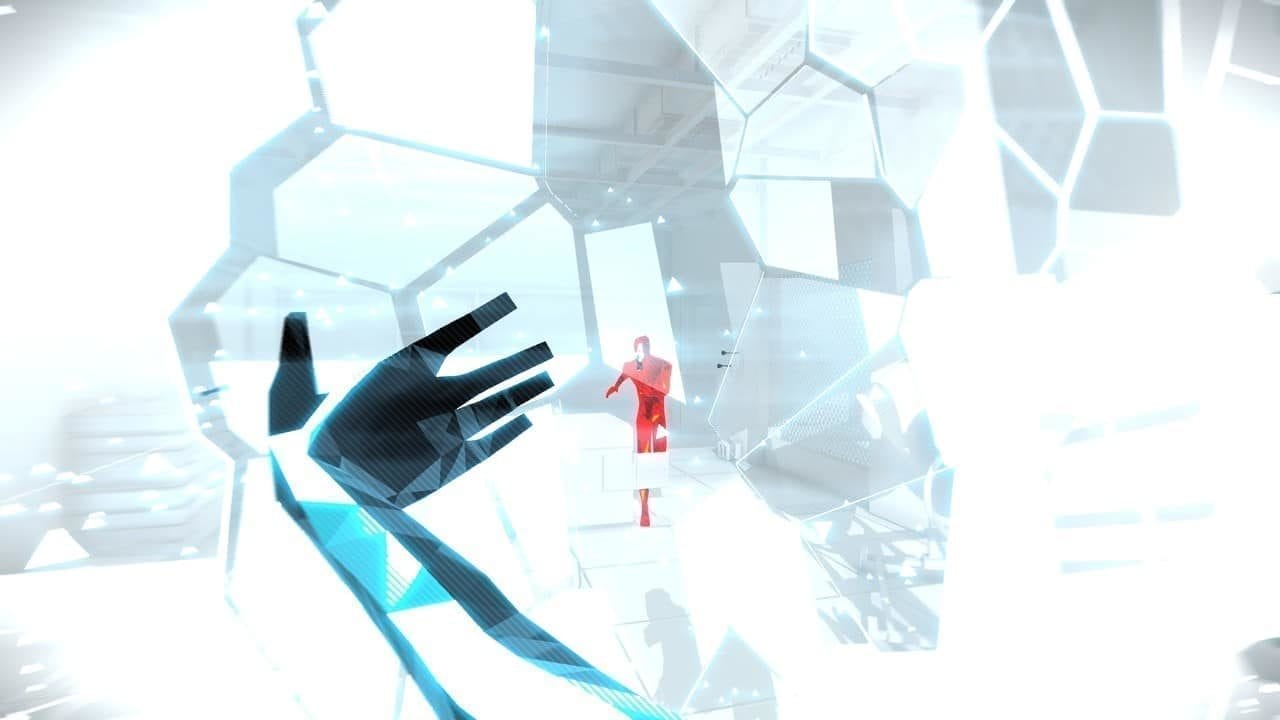 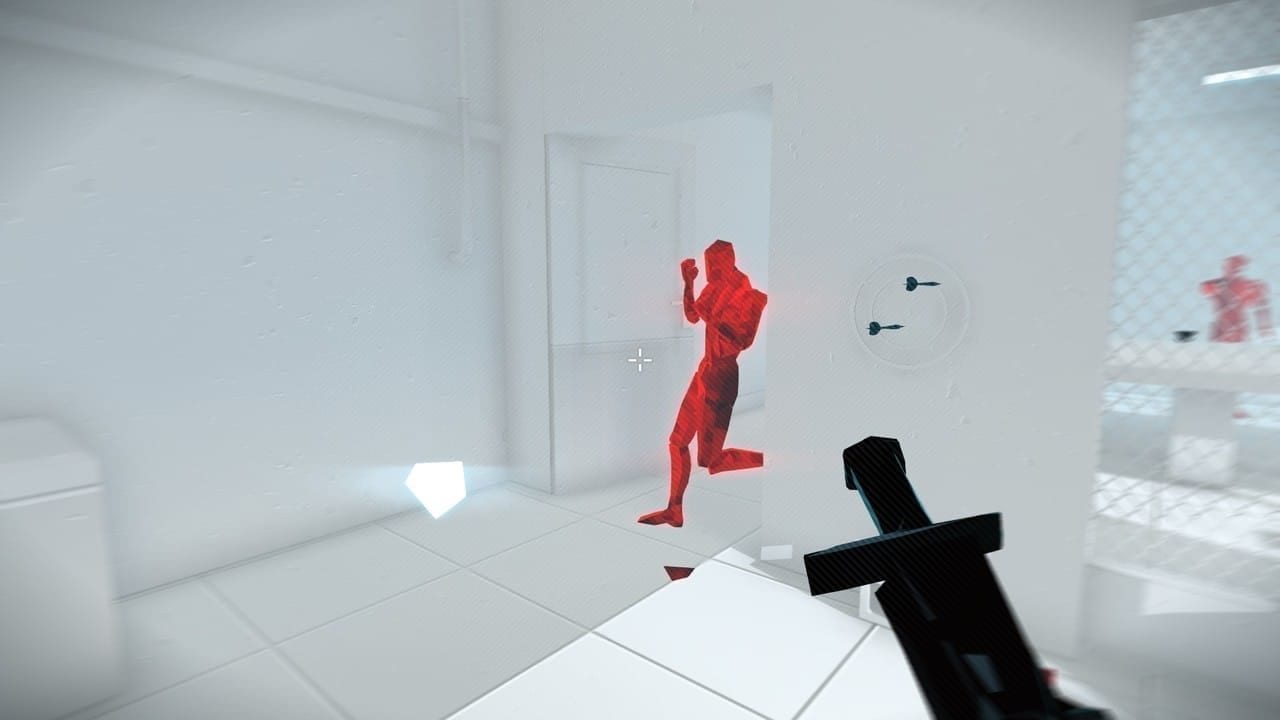 Another red enemy will soon bolt out of the room next to the one you are in and when this happens, you’ll need to quickly throw your knife at him. 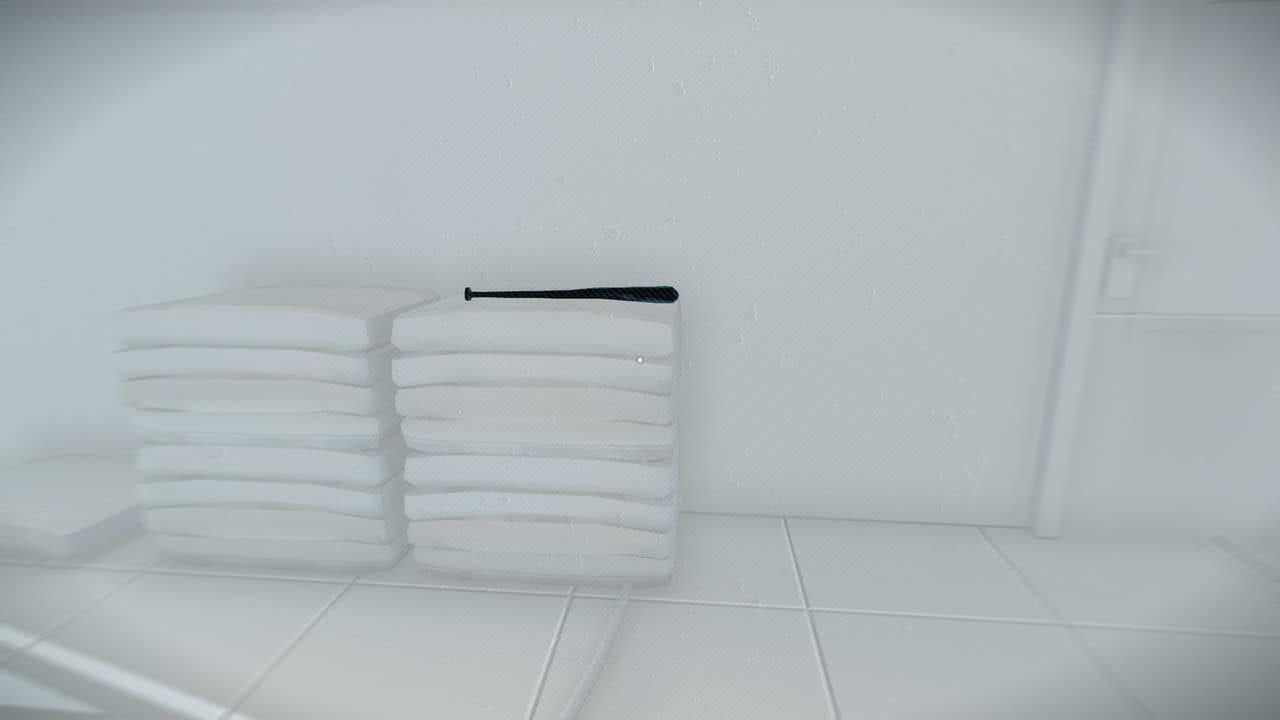 From there, turn around and there will be a baseball bat sitting on a bunch of cushions. Pick it up and then be ready for another fight. 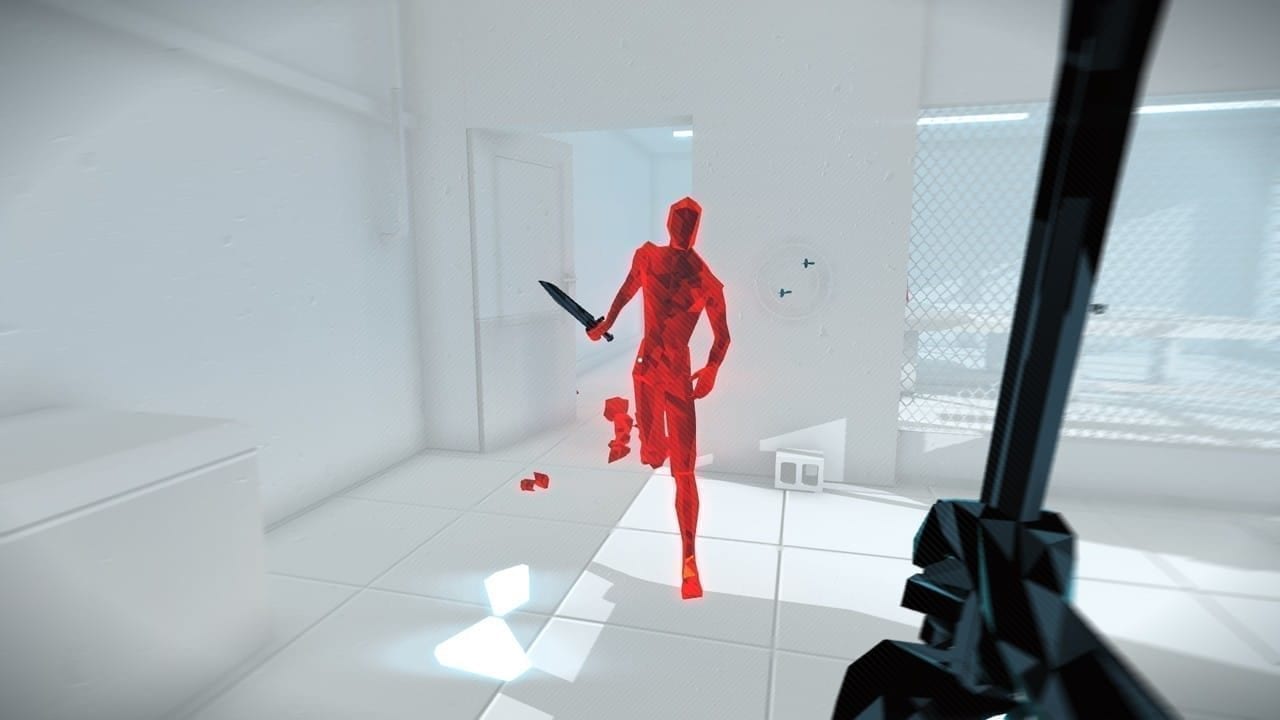 When you turn around, you should find another red guy charging after you, hit him with the bat or throw it at him, it doesn’t matter for this part. 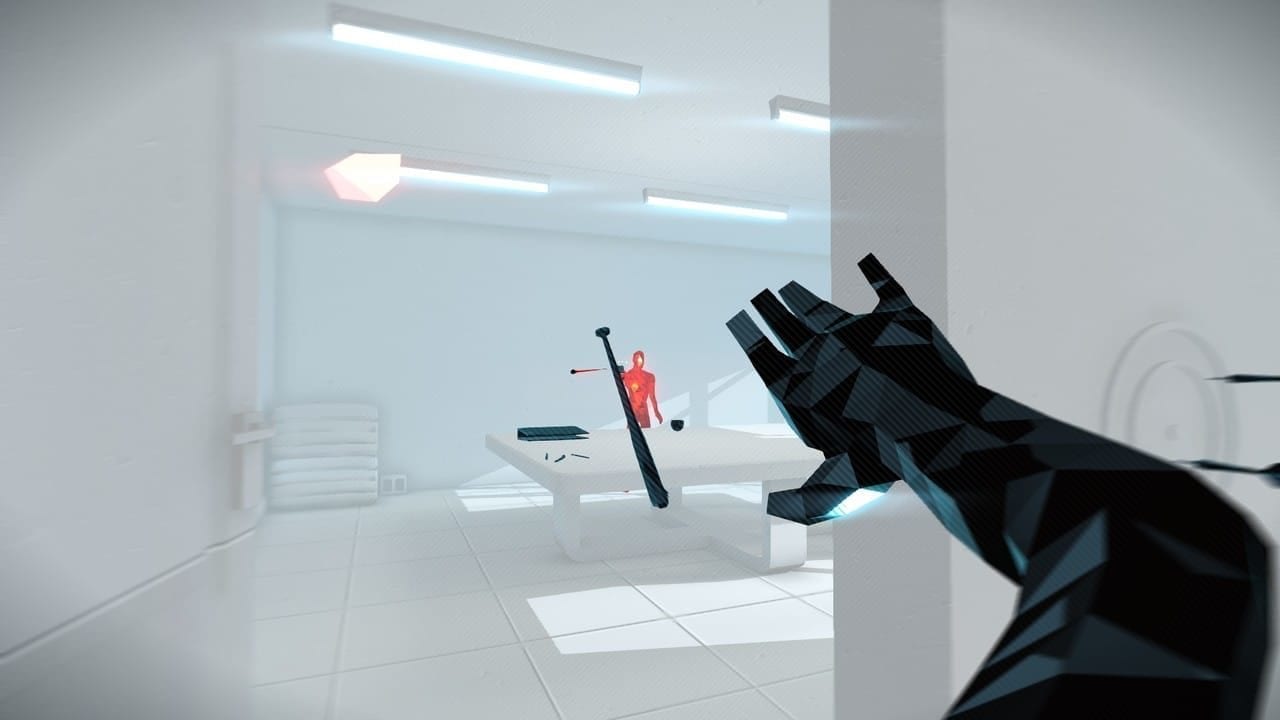 After finishing him off, proceed into the room where he came from and there will be two more red guys. One will have a handgun, the other a shotgun, and you will first need to throw your bat at the one with the handgun as shown above. 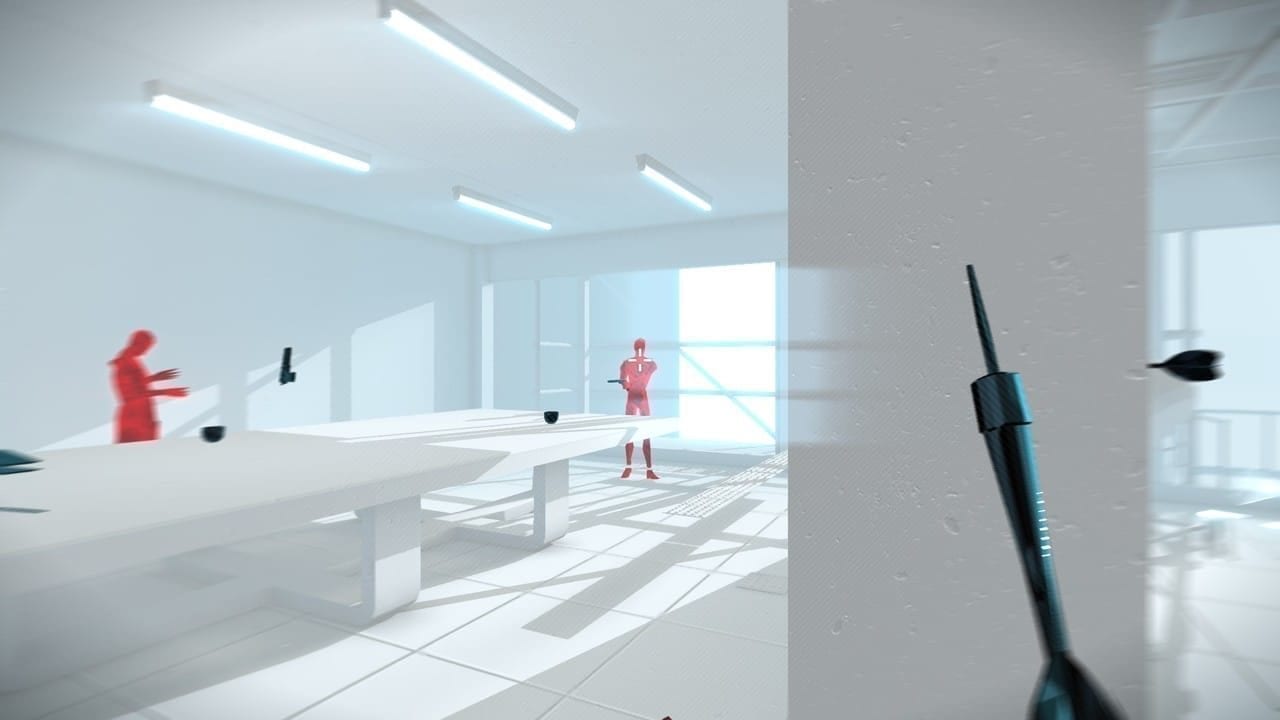 After doing so, move out of the room and grab a dart from the wall on the right as shown above. Then throw that dart at the guy with the shotgun and continue on. 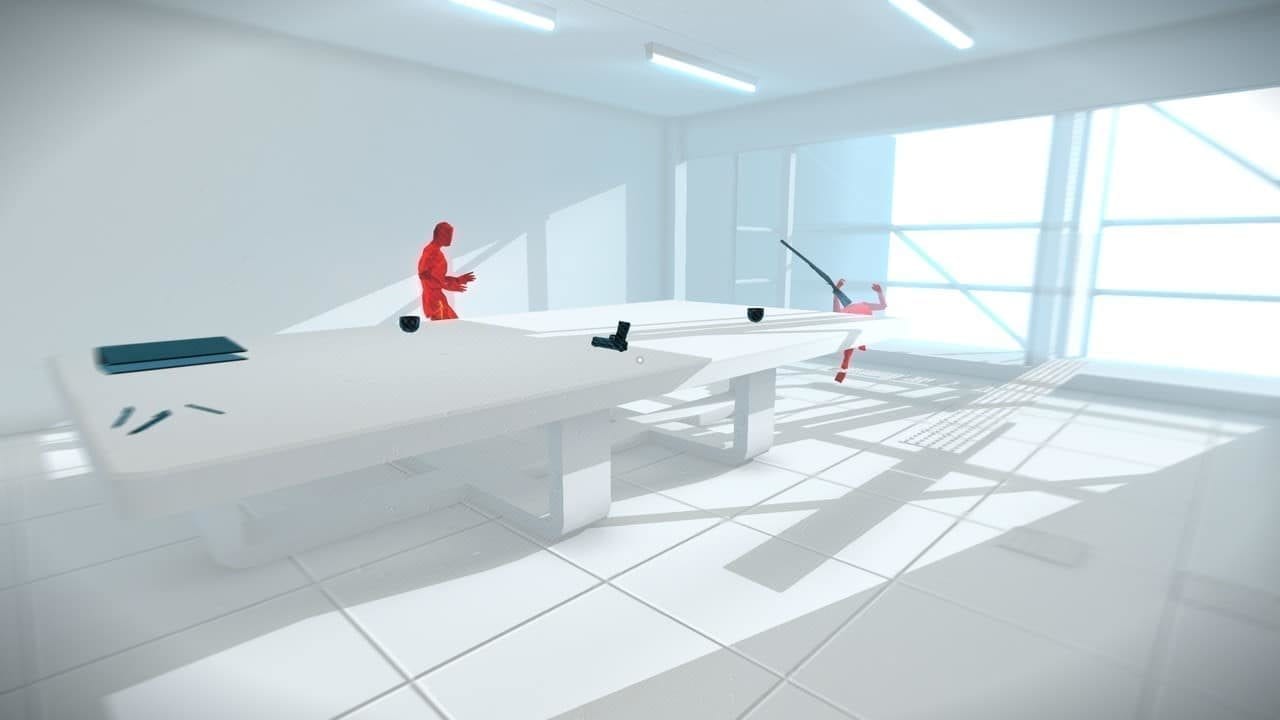 After throwing the dart at the red guy armed with a shotgun, all you need to do now is pick up the handgun the other guy dropped and kill him before he picks up the dropped shotgun and you’ll have beaten Mind Control Delete Level 5.

We hope that this guide has helped you figure out how to beat Superhot: Mind Control Delete Levels 1-5. It’s worth noting that the instructions above are merely one way to beat these levels and that there are a handful of alternative creative ways to take care of the others. For more on the game, check out the official website.