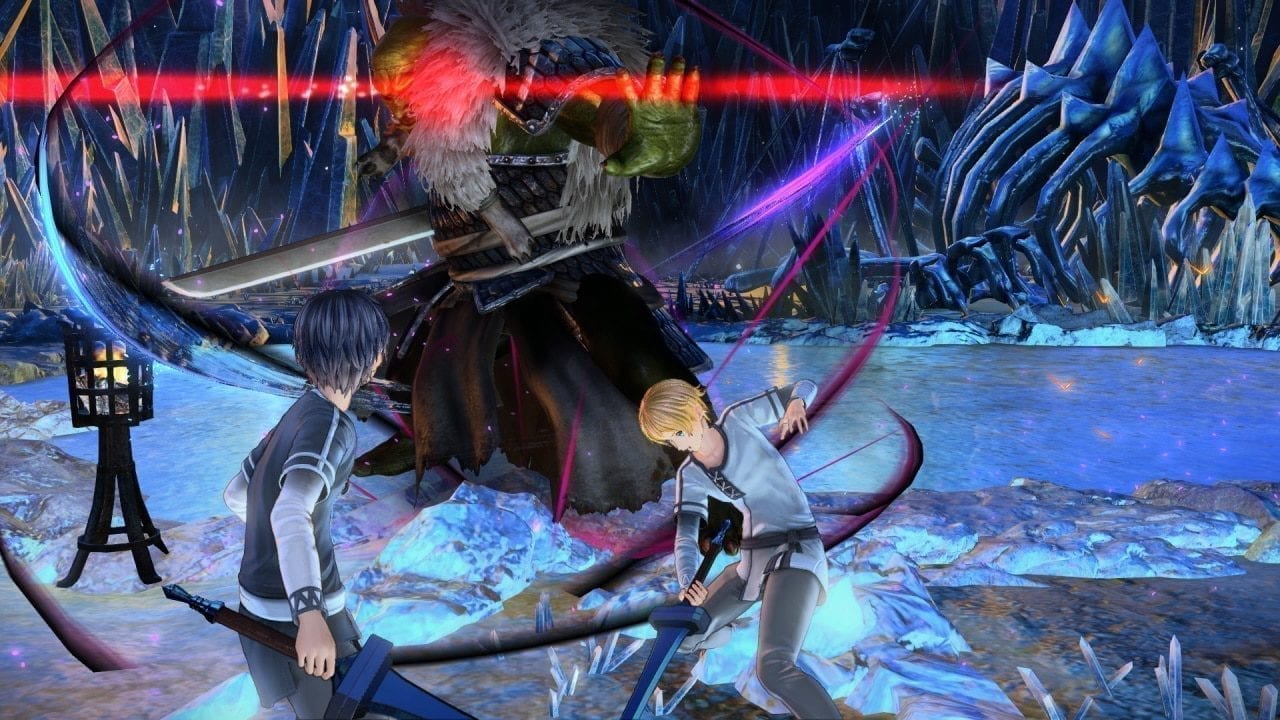 Bandai Namco Entertainment has announced that its new JRPG game, titled Sword Art Online Alicization Lycoris is now available on PC (Steam) Playstation 4 and Xbox One. The game centers on an original story based on the last two Sword Art Online games ad puts a fresh spin on the series.

Sword Art Online Alicization Lycoris’ centers on an original story based on the last Sword Art Online saga, Alicization. Further, to better suit the fresh take on the story, the game introduces a new character into the mix, Medina Orthinanos, who will join Kirito and Eugeo on their adventures across Underworld.

During their journey, players will encounter well-known characters straight from the Sword Art Online lore, such as Silica, Leafa, and Sinon, among others. These characters can join Kirito’s party and help him in battle, and at times they can also become playable characters.

Sword Art OnlineAlicization Lycoris has made some improvements to the real-time combat for this new title. These additions give players more control in battle allowing players to change their companion’s behavior in battle, as well as the actions they will perform. This gives players the chance to better plan and execute strategies that guarantee their success against the game’s enemies.

The game offers a myriad of customization options as well, giving players the ability to equip Kirito with different weapons, clothes, and armor to suit both the visual and battle style they prefer playing with. Further, players will be able to unlock new techniques, abilities, and powers through the game’s skill tree as they advance through the story and gain experience. These features give players more control over how their character behaves in battle, and they can be tailored to suit each player’s preferred playstyle.

Since Sword Art Online Alicization Lycoris is a JRPG, there are many activities outside of the main story and its battles. Players can take a break from the action and have Kirito fish, hunt, and gather resources. These activities give players new items that help them through the game, and they also give them components to craft new weapons and items that can give him various stat boosts to help him in his adventure. Further, players can also interact with their teammates and bond with them in order to get special battle bonuses.

A multiplayer component is also present in Sword Art Online Alicization Lycoris in which players can join forces with up to four players to fight enemies too tough to handle alone.