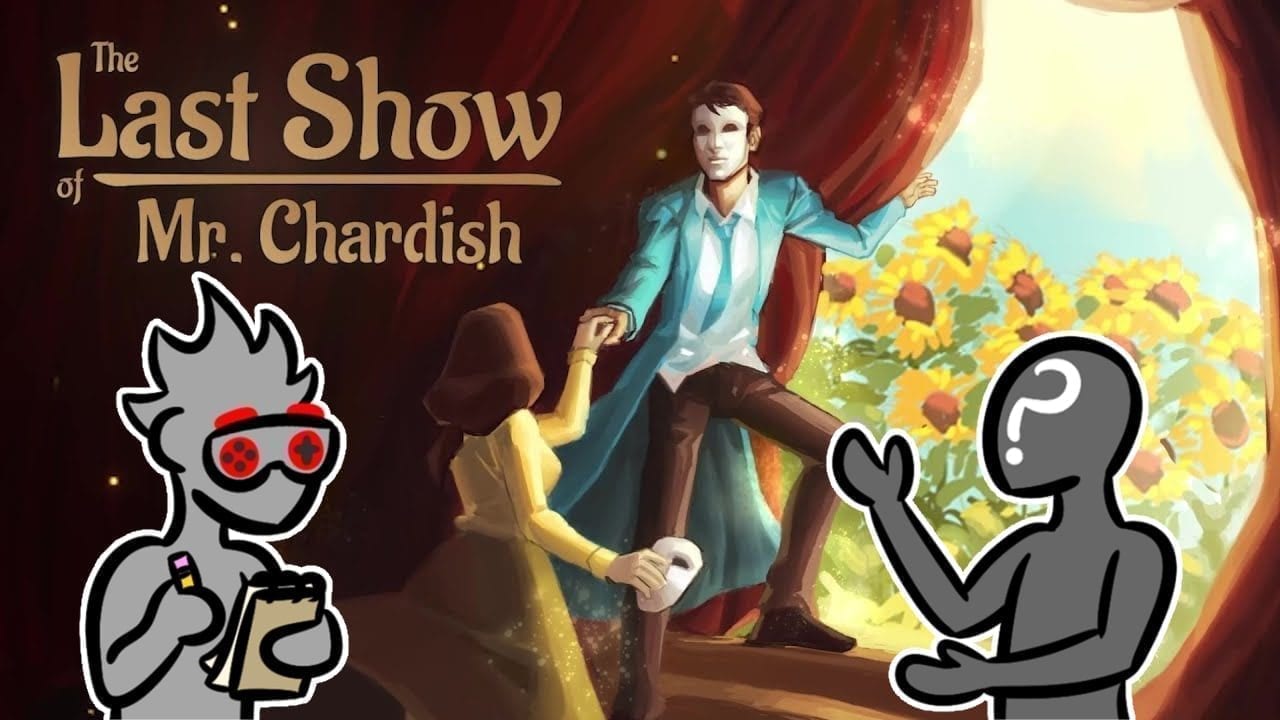 Even though many place magic and reality in separate, there are some places that try to cultivate such as the theater. Despite all the magical things that have been accomplished onstage, this isn’t the most popular setting for games. With this in mind, the devs of Punk Notion have worked long and hard try and change that with The Last Show of Mr. Chardish. With the game releasing this November, we managed to talk with two of the brains behind the curtain. As with every performance, there are more than enough layers to this digital theatrical spectacle.

So, and sorry about the phrasing, who and what are you guys?

Mateusz: I’m Mateusz Mowel, one of the lead designers of Mr. Chardish though I focused a lot on the programming and mechanics.

Marcin: I’m Marcin Sordyl another of the lead designers and I worked mainly on the level and puzzle designs.

Glad to meet you. Let’s jump in: What’s Mr. The Last Show of Chardish about?

Marcin: From early on, we wanted to make a game that was made up of a bunch of smaller games. The idea was to put players into different situations that were still connected to each other, like pieces in a puzzle. See, we are artists and wanted to make a game that was about all the various types of art and the people behind them. Since theater can be so many different things, it works as a great place to showcase all the different mini-games or ‘spectacles.’

That’s really cool. What else inspired you to make the game this way?

Mateusz: One game that we really admire is What Remains of Edith Finch. The way all the different challenges and puzzles feel like their own but still feel part of the same big picture is something we wanted to capture. This is why the theater made sense, because it’s an entrance to different worlds.

Marcin: Yeah, and the way that actors can seamlessly transition between so many worlds and get so lost in the material drove us to make the connections between the spectacles the same way.

How long have you guys worked on all this?

Mateusz: Oof, from concept to release? Maybe… two and a half years.

Marcin: Yes and much of that was spent in brainstorms and discussions. It started as something very different, but we still wanted to build on interactive storytelling by expanding the narrative with emotional gameplay based on the characters’ feelings. Since the character has a lot of different shows, we spent many long days and nights doing plenty of interim work.

Mateusz: We also had a lot of consultations with theater folks various artists to get as much feedback and insight as possible.

Wow, that sounds intense. So, what’s the deal with the character, Mr. Chardish?

Mateusz: Mr. Chardish is a perfectionist who is unbelievably ambitious and tends to push people very hard. But, he’s also a very charismatic and energetic person who’s presented in a way that makes it seem like he’s nice to be around. Although, he’s very different when he’s working… I’m hoping that people will play this game and argue about whether or not he’s actually a good guy.

Ooh, interesting. What was the biggest challenge during development?

Marcin: Heh, I’d say there were at least two. The first was the issue of trying to implement VR graphics since we didn’t have any examples to learn from and struggled to work it into a proper pipeline with real-time gameplay. The second one was a problem with the spectacle designs, specifically how we were going to make an integral connection between them. We want players to jump in easily and still have each play make sense in relation to each other.

I can understand that. If you had to pick, what are your favorite parts of the game?

Marcin: Ooh, that’s hard to answer without spoiling anything. Well, there’s this one conversation between two characters in particular that I really enjoy, but I think my favorite would be the last spectacle of the game. I won’t give it away but I feel it adds a lot of color to the world.

Mateusz: Mine is definitely the ‘Anger’ spectacle. A lot of the spectacles are metaphors for different emotions or emotional acts that a person may go through. I also love the ‘Ascension’ spectacle as well as some of the references included throughout and the architectural design of the setting. Also, I think the audiovisual combo of music and gameplay is amazing. Oh! And the second spectacle… it has robots.

Awesome, thanks for sharing! Do you guys have any final words to wrap this up?

Marcin: I hope that players will find one or multiple relatable things in the story and be changed by it.

Mateusz: I really want people to play this and share what they thought and felt about it. If it changed them, I’d like to hear how it did. Basically…

Both: Was it worth it?

The Last Show of Mr. Chardish is now available for PC via Steam and hopefully for consoles down the line. If you’re craving a showcase in your own home then grab a controller, some opera glasses, and prepare for a night of theater. As the spotlight comes on, it aims to shine on the emotional story that will take place onstage and off.