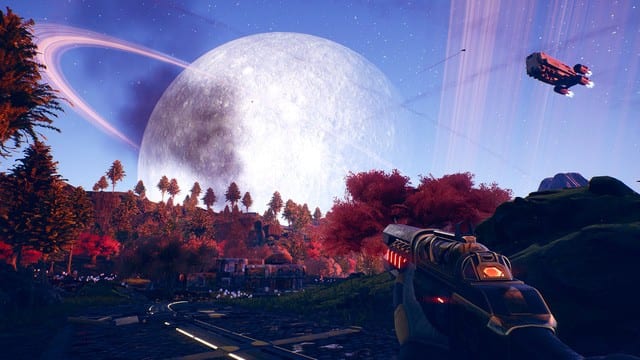 The Outer Worlds is a charming RPG, making not-so-subtle remarks surrounding capitalism, futurism, and absurdity. Even some of the guns make light of the worker’s plight. So, it’s not all that surprising that there’s a gun called the Pink Slip, which makes the whole firing process go much smoother. With its outstanding stats, the Pink Slip makes layoffs easier than ever. Here’s where to find the The Outer Worlds Pink Slip. 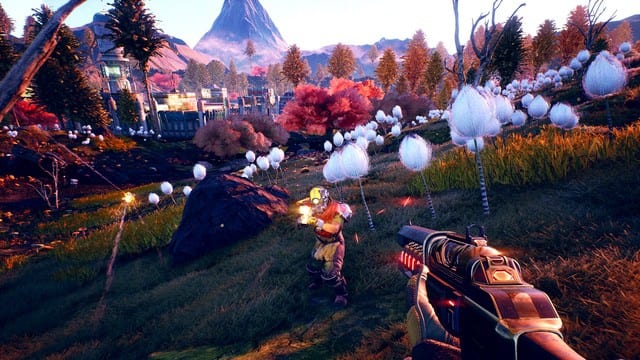 There are several unique weapons in The Outer Worlds, each one having a clever name and a nice special ability. For the players that love sniping and target practice, the Pink Slip is definitely a good choice. It holds six rounds of heavy ammo, each shot dealing 236 damage for a total DPS of 473. Onto that, it can be upgraded with an Exact-O-Sight to increase armor damage by 15%.

However, this information isn’t very helpful if you don’t know the exact Pink Slip location.  Well, it’s actually fairly straightforward. In the wonderful world of space capitalism, pretty much everything can be found on a store shelf or vending machine rack. Unique weapons are no exception. Handheld HR departments are not an exception either.

So, two for the price of one seems like a bargain, and it’s time to go shopping. To get The Outer Worlds Pink Slip sniper rifle, players are going to have to make their way to Byzantium on Terra 2. Once in Byzantium, start looking for the luxury munitions store. Literally, go to Forsythe Luxury Munitions. Once there, speak to Winston Forsythe, give him 8,000 Bits, and walk away with a Pink Slip sniper rifle. If you need help getting Bits check out our The Outer Worlds money farming guide.

Only the most dedicated of snipers should get the Pink Slip though. Its base resale value comes out to a measly 500 Bits. Second-hand guns aren’t exactly hot commodities in The Outer Worlds. But is there really a price to put on efficient human resources management?