The Success of Game Pass Might Be A Failure for Gamers 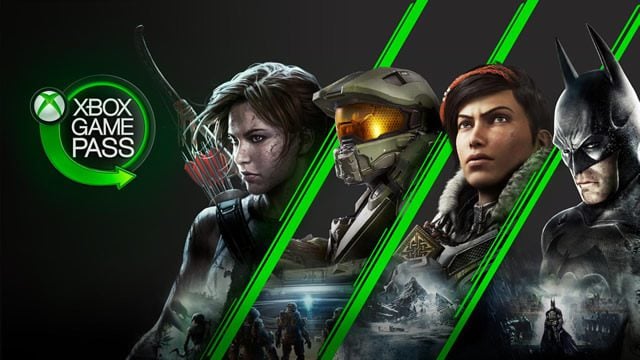 Game Pass is changing the way I play video games, and I fear it will soon change how we all play, whether we like it or not. I’m not sure gamers have noticed.

I started to notice this shift when I put about ten hours into Nobody Saves the World. It’s a quirky RPG with a fun hook that I haven’t played in a month and doubt I’ll return to.

This issue is already recurring with Citizen Sleeper, another Game Pass title I started recently. I played it for hours across multiple days, put it down about four days ago, and each day I don’t play it, I can feel its tethers receding from me much like the Hunter that tracks your character throughout the game. Don’t tell Bugsnax, but I fear they are headed for the same fate, and I just downloaded it yesterday!

I’ve lived so long in the era of having hundreds of games I never started, from Steam sales I should have ignored, that I didn’t realize for months I was now building a similar library of unfinished games. My attention waned with each new Game Pass title hyped, released and then forgotten.

With major companies such as EA, Ubisoft, Microsoft already heavily invested in their subscription packages and Sony readying to make their own jump, it seems likely that subscription services are the next evolution in game consumption. So the question is, how will this impact game development? The arc of video game history is always bent by the latest capitalistic innovation, resulting in certain games falling out of favor and others rising up.

Video games have always been influenced by the way they have been sold to us. Coin-operated arcade games were made extremely difficult purposefully, in order to gobble up quarters. Online marketplaces made DLC effectively mandatory. Publishers realized they could milk a game for years on end instead of defining success by that initial sugar rush of sales at launch. The “freemium” model then came about as phones became the most popular video game selling medium of choice, where initial sales were sacrificed for the promise of yearly microtransaction profits — and with it a delineated player base where some could be paying zero dollars and others tens of thousands.

The medium of consumption defines game development and not the other way around. We think our choices influence what games get made in the future, but really, our taste is dictated to us. Our choices are as meaningful as those in a Telltale game.

The music industry is the most stark example of how a medium is impacted by its method of distribution. Starting with the creation of peer-to-peer file sharing via illicit programs like Napster and Limewire, music shifted from primarily an album format to one more dependent on singles. This became solidified once iTunes and the iPod launched. Consumers no longer had to buy an entire album — they could instead buy the one song they really wanted.

Suddenly, publishers couldn’t count on a hit song to create a ten dollar album purchase. Instead, they would have to settle for $1.29. Artists responded by putting less focus on cohesive albums. After all, their primary source of income shifted from records to touring and merchandise. Before long, artists started giving away their new music either online or with the purchase of a concert ticket.

Evolving The Brand By Appeasing The Algorithm

Then music ownership itself went away as services like Spotify came and offered basically all the music in the world for $9.99, paying artists a pittance per stream. Interestingly enough, this created a resurgence in double albums, as major artists like Drake realized that if you put out an album with 20+ tracks, you can basically double your streaming revenue, since fans will listen to a popular new album whether its 10 tracks or 20. This resulted in him breaking all sorts of streaming records in 2018 when he dropped Scorpion. He would break many of his own records in 2021 with his 21 track follow-up Certified Lover Boy.

Drake didn’t suddenly decide to become a prolific artist, Spotify turned him into one.

This kind of manipulation of streaming service algorithms has since moved on to the next-generation social app, TikTok. In a Frankenstein-mixture of Payola and advertising, music labels now seek out TikTok creators and pay them to use music in the hopes of creating a viral moment. Some music artists are now even writing songs specifically to game the TikTok algorithm. Business Insider spoke with Canadian rapper Tiagz, who said that if his raps referenced popular memes and trends on the platform, the algorithm would reward him, and so he kept doing it. He currently has 4.2 million followers.

A Bleak Future For Games

So where does video game development go as it enters its Spotify era?

Maybe Telltale Games were just a decade early in having episodic games. Providing content in an episodic format, telling a complete story over the course of a few years via Game Pass might cause your game to last in the cultural consciousness in a way a single content drop doesn’t. Think of it like DLC or expansions without the cost tied to it.

I could see a future where a triple-A RPG is structured as a series of “Acts” made up of 10 hours each and are released on a quarterly basis (all the better to goose those subscription numbers for shareholders!) to avoid players feeling overwhelmed by a 50-60 hour game and turning to something else on the service.

Another path could be, unfortunately, entirely anti-player. If your game is on Game Pass and players have no money tied into your product to build that feeling of sunk-cost commitment, then maybe you pivot hard into creating that relationship through a mixture of feeding off feelings related to the past and future. Consider how Destiny 2 has had to remove entire planets due to poor initial game design. Now imagine that done deliberately.

First, you launch your game saying certain content will “only be available for a limited time,” giving everyone FOMO. Then you hook your initial player base using the same psychological tactics the mobile gaming industry uses to foster engagement. Manipulating player emotions is effectively required to stand out among other free games, after all. Good news for psychologists looking for work, and bad news for everyone else.

Is This Really What We Want?

Right now, the various game subscription platforms are releasing new games at a pace where they often get front-facing space. But if the industry shifts to this as its main model, that will not always be the case. Whatever metrics these companies use to determine which games get on the front page will be exploited, no question. And how this changes video game development is unknown except for the fact it will change in some way.

Out of all artistic mediums, video games have seen the largest evolutionary jumps in the shortest amount of time. The people who heard the first vinyl records or saw the first motion picture are long dead. Meanwhile, the first people who played an NES are likely your parents’ generation. Gamers have adapted to handling these large changes in the hobby, but this latest shift is flying under the radar. If we don’t start discussing what this future of gaming might look like, someone else with only your wallet in mind is likely to make the choice for you.

Mike Amory is a co-founder and former managing editor of Hard Drive, a video game satire site with millions of page views a month. He is also an LMSW actively practicing therapy and you can find him performing comedy around NYC while missing his pets Brave Cat and Shy Guy.