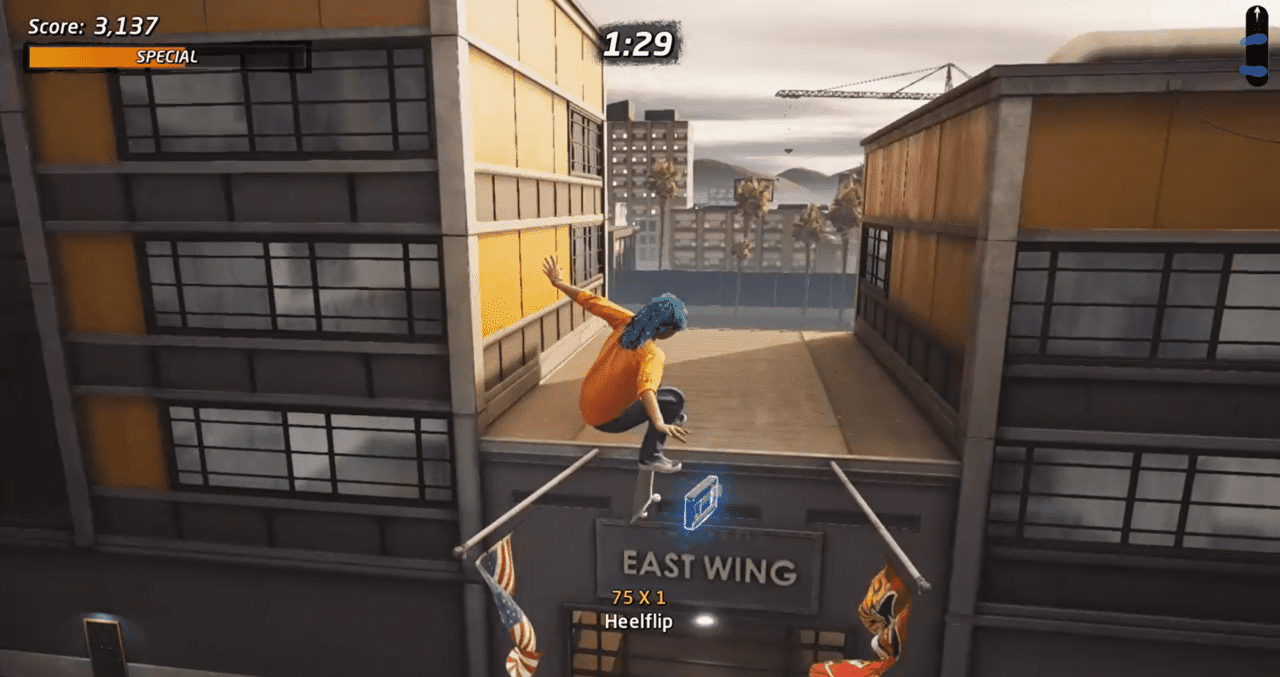 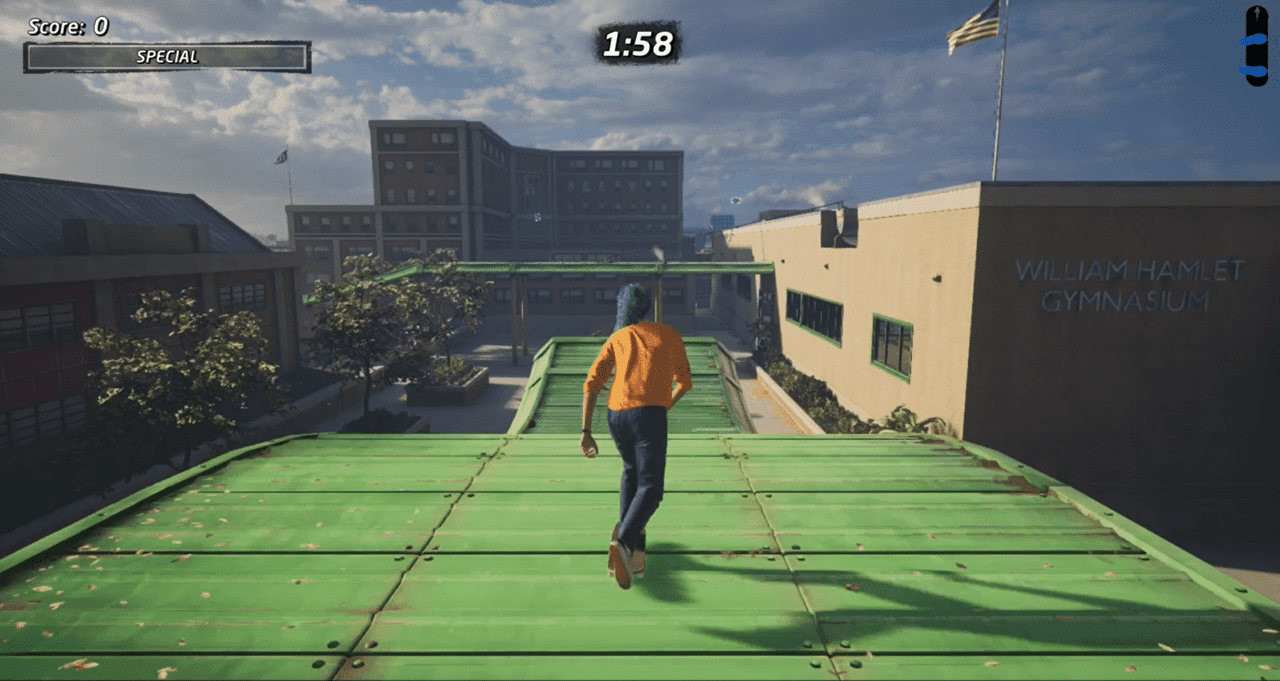 Players will start the round in the School map on top of a large blueish-green lean-to near the gym. To get to the School Secret Tape in Tony Hawk’s Pro Skater 1, immediately turn right into the alleyway in front of the school gym and ascend the ramp which leads to the roof.

On the roof of the school gym there will be several raised platforms. One of these platforms in the middle will have a single grind rail which leads to a second greenish-blue lean-to. If you haven’t collected them already, you can tell it’s the right platform from the collectible school textbook on the platform.

Make it up on top of the platform with a Grind, Wall Ride, or by pushing up on the Left Stick while going up the quarter pipe attached to the platform. Once you are on the platform grind on the rail on to the second greenish-blue lean-to. 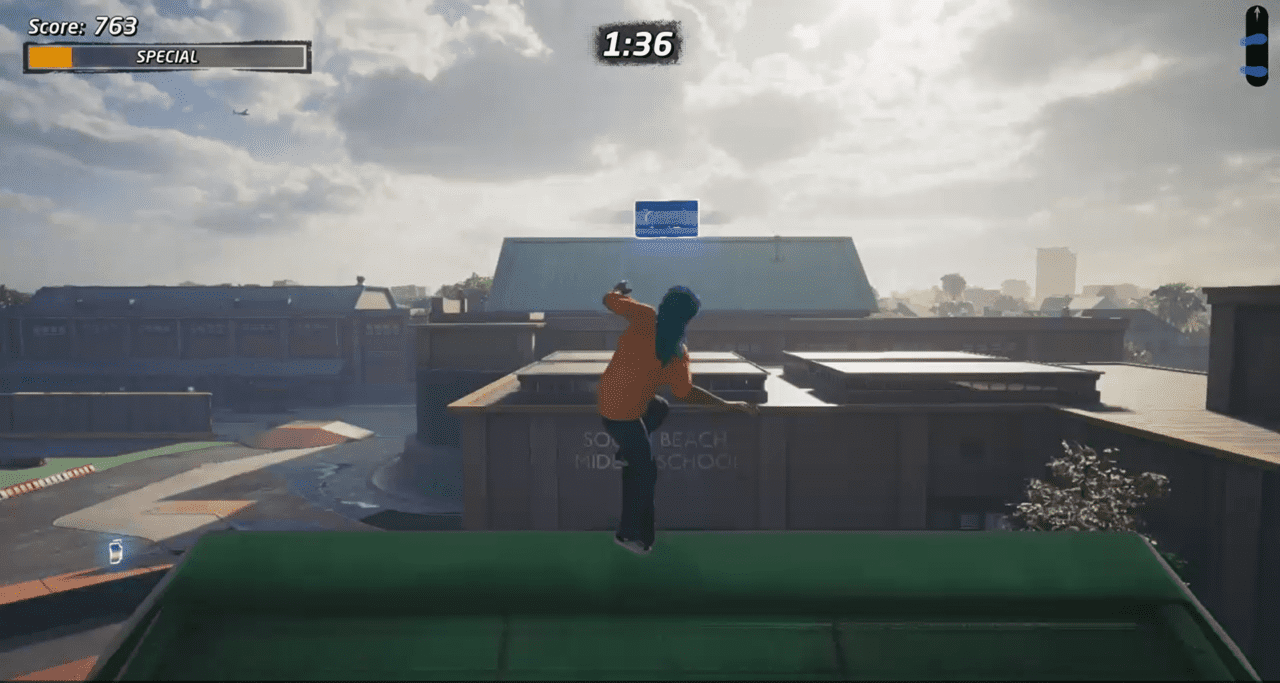 Hopefully you will have gained enough speed to grab the School Secret Tape. If you missed, simply turn around a skate back up to the top of the hill where the gym is and go right to reach the roof and try again. Alternatively, you can pause and select “Restart Run” to start again at the top of the first lean-to. Obtaining the Secret Tape will net the player 25XP and will contribute towards unlocking later maps in the game. 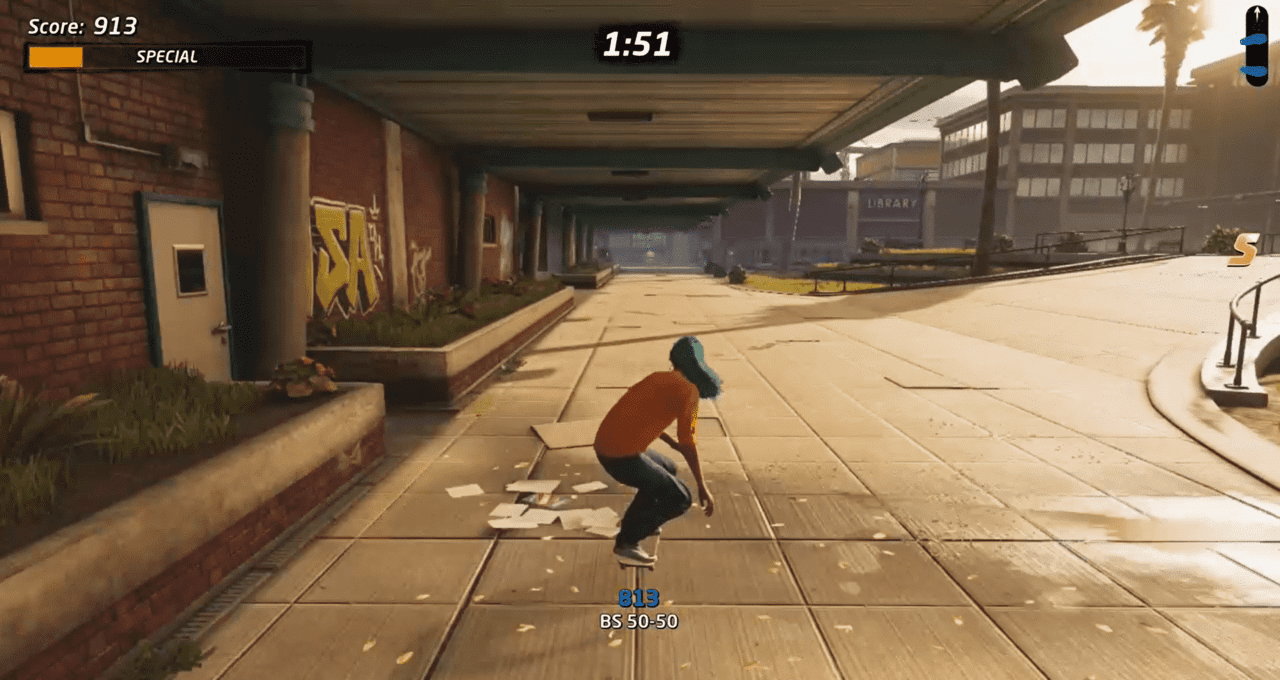 To get the School 2 Secret Tape in Tony Hawk’s Pro Skater 2 head to the school area and take an immediate right at the start of the area, then head down a tunnel to the large courtyard area. At the far end of the courtyard, you should see a library — your goal will be to reach the roof of the library.

To do this, players should skate along the left side of the courtyard. Along the left wall there will be a section where the wall is much lower down. Either Olly, Grind, or Wall Ride to the top of this wall; players will find themselves stood on a small raised grassy area with a ramp leading to a greenish-blue lean-to. 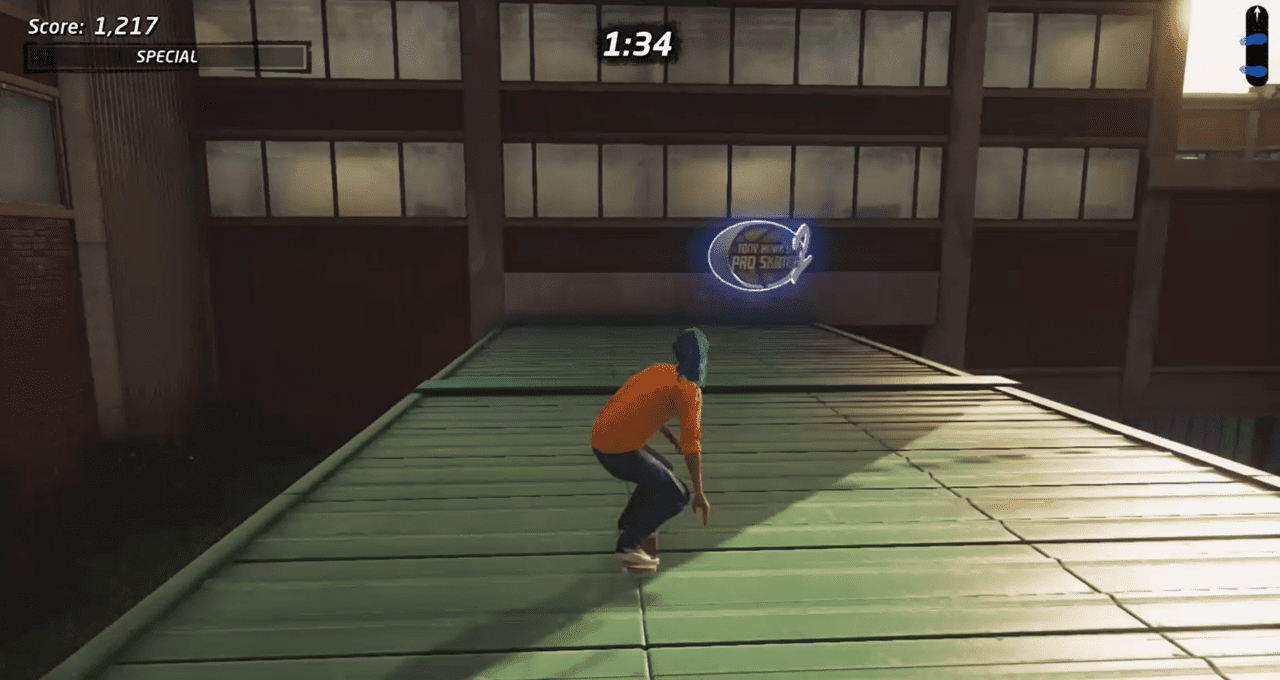 Use the ramp to ascend to the lean-to. Here players will be able to find a Stat Point as well as a hidden alien, finding the hidden alien on every map will unlock the Roswell Alien character, so be sure to grab both of these before continuing.

From the lean-to you should be able to be on the same level as the Library’s roof. Jump off the lean-to and Wall Ride up the libraries entrance to make it onto the roof.

Once on the roof, the School 2 Secret Tape can be found between two flag poles in front of the next roof over. Get a run up on the library roof and jump off it to grab the Secret Tape. Getting the Secret Tape will give you 25XP and will contribute towards unlocking later maps in the game.

If your stats are high enough, you should be able to make it to the next roof. Beyond this roof is a secret area with a second Stat Point on a ramp. If you can make it across, the Stat Point is worth nabbing while you’re here.