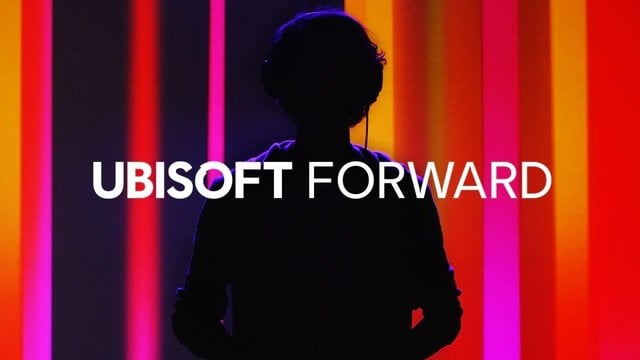 It’s that time of year again, E3 2021 has arrived and Saturday’s events are getting started with the Ubisoft Forward. We will be providing live updates from the stream in real-time, putting all the major announcements, news, and key moments from the showcase in one place.

How to Watch the Ubisoft Forward

The Ubisoft Forward will air on June 12, 2021 at 12 PM PT/3 PM ET. It can be streamed live on the Ubisoft YouTube channel, or through the link below.

Below you will find a full roundup of the Ubisoft Forward event. This section will be updated live, in real-time as the event unfolds. 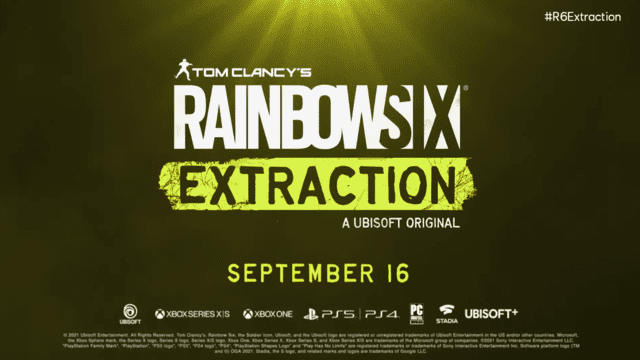 Rainbow 6 Extraction is a 1-3 player co-op experience that features your favorite Operators. Players will team up and work together to fight against a new threat. The parasite is constantly spreading and evolving, so players will need to take caution as they work together to clear the world of the new threat.

Extraction will also feature cross-play, which Ubisoft has been publically testing over the past few months. When Extraction releases on September 16, players across different platforms will be able to team up together to stop the threat. 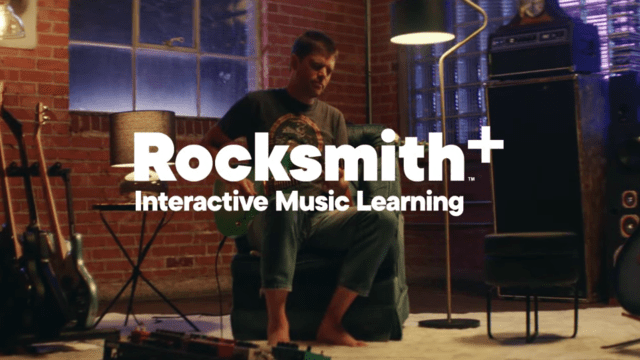 Rocksmith aims to teach people how to play guitar and bass, with everything you could need to know in one place. A PC beta has been announced and is open now. If you’re interested in signing up, you can do so here once the Ubisoft Forward wraps up.

Rocksmith+ was also announced, a subscription service that will give users access to a huge library of songs, lessons, and much more. 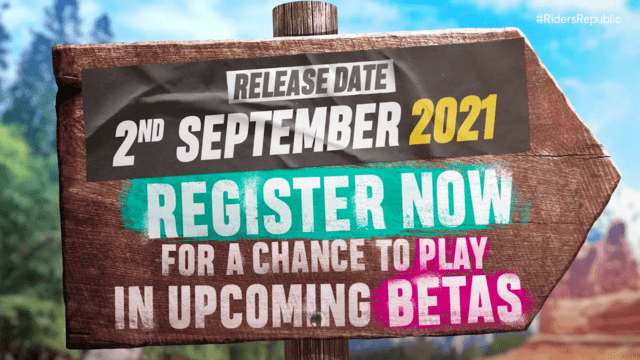 After a series of delays, Ubisoft announced during its E3 2021 presentation that Riders Republic will release on September 2, 2021 on PC, PlayStation 4 and 5, and the Xbox Series X|S. Further, if you preorder the game you have a shot at getting in on the closed beta.

We also got a nice look at some Riders Republic gameplay, which you can check out above. 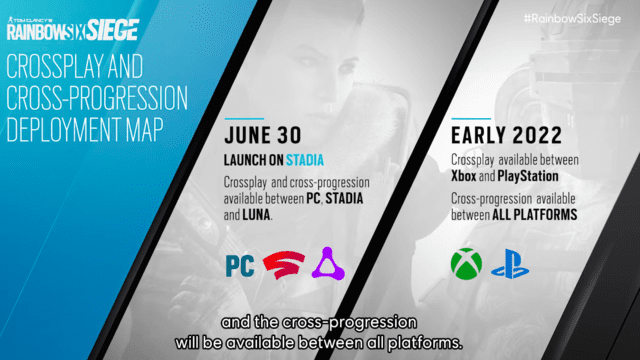 Crossplay is finally coming to Rainbow 6 Siege! On June 30, crossplay will be available between PC, Luna, and Stadia. In early 2022, crossplay between Xbox and PlayStation consoles will be released alongside cross-progression between all platforms.

You can catch the full announcement above. 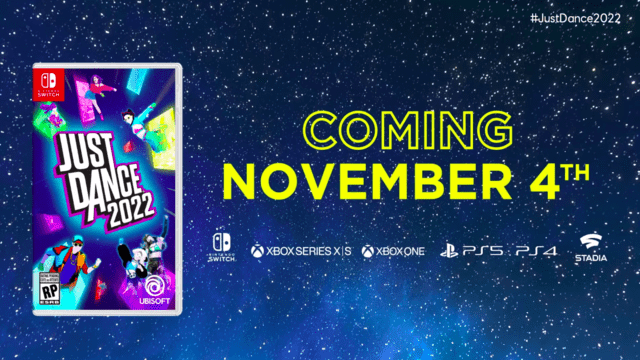 A Ubisoft Forward wouldn’t be complete without a Just Dance announcement. Just Dance 2022 will be released on November 4, 2021 on all major platforms and will feature exclusive content from Todrick Hall.

If you’d like more details, you can find them in the video above! 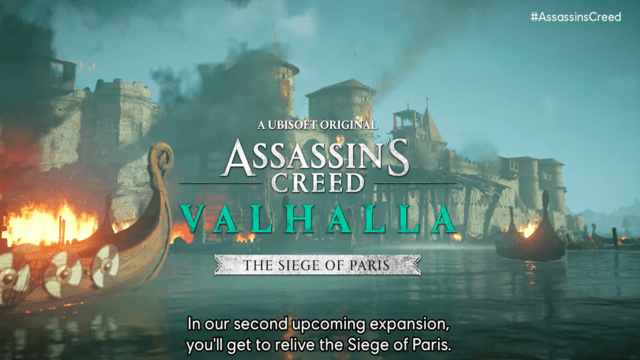 Ubisoft is committed to continuing development for Assassin’s Creed: Valhalla and has announced that its developing plenty of content to bring the game into year two, starting with the Siege of Paris DLC.

Further, Ubisoft is committed to taking player feedback seriously and will be adding updates to River Raids, Mastery Challenges, and more. Additionally, Discovery Tours will be coming this fall for free to all players. Lastly, Ubisoft teased some type of Eivor and Odin content for next year, likely another DLC. 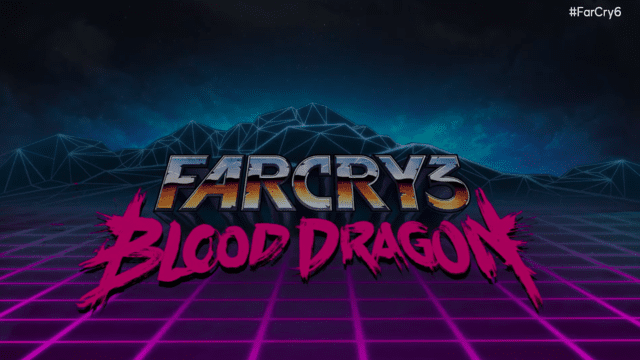 Far Cry 3 Blood Dragons is a spinoff of the series that’s focused on the villains of Far Cry. Ubisoft has announced a remaster of the 2013 game that will be a part of the Far Cry 6 Season Pass. Further, Ubisoft revealed that Far Cry 6 DLC will focus on villains from previous games.

We also got a fresh look at the Far Cry 6 villain played by Anton Castillo. It was an incredibly creepy trailer, which you can see above. 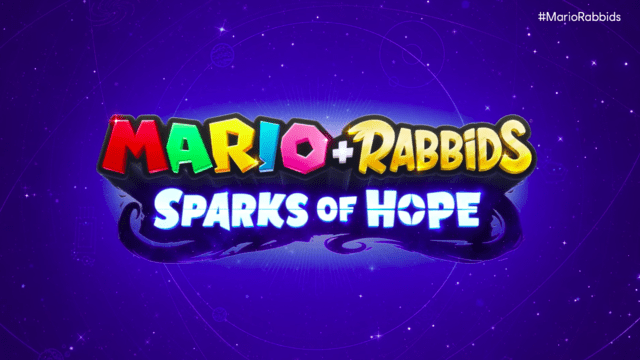 After the first game was released in 2017, Ubisoft and Nintendo have been quiet on the Mario + Rabbids front, until now. Mario + Rabbids Sparks of Hope was officially unveiled at the Ubisoft Forward. Instead of staying in the Mushroom Kingdom, players will travel throughout different galaxies, powered by a new companion known as Sparks.

No release date was given, but we did get a look at some pre-alpha gameplay footage, which you can see above. 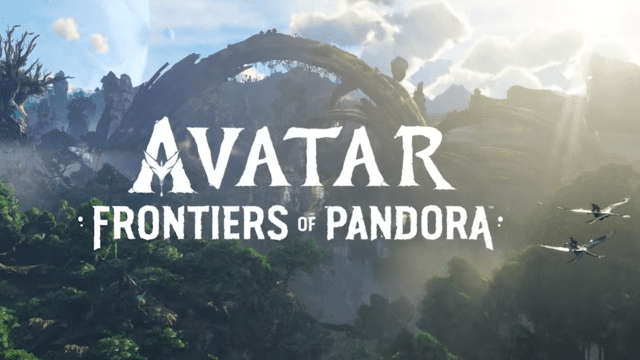 To wrap up the E3 2021 Ubisoft Forward event, the highly anticipated Avatar: Frontiers of Pandora was officially announced and was given a 2022 release window. Not much was revealed about the game, but we did get a look at a beautiful environment that players will get to explore next year.

You can check out the Avatar: Frontiers of Pandora announcement trailer above.

That’s a wrap on the Ubisoft Forward! What did you think about the show? Be sure to let us know over on Twitter.