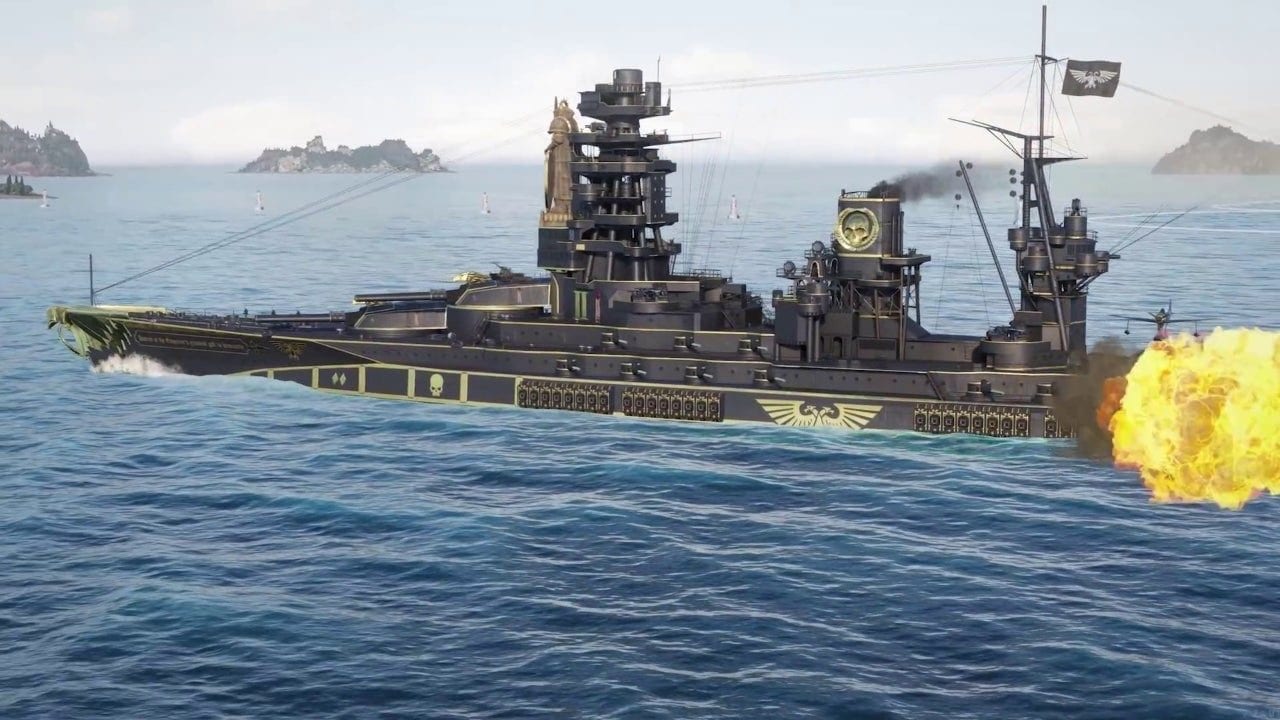 The forces of Chaos and Imperium of Man have invaded the seas of World of Warships, with a new free event that brings two new vessels to the game. Each new ship has a distinctive, menacing design based on Games Workshop’s table-top franchise Warhammer 40k. Further, the event will see two brand new commanders joining the fray to represent their warring factions in battle. The collaboration will begin on June 19 and will run through July 3 on the World of Warships and World of Warships: Legends platforms simultaneously.

The two event battleships, Ignis Purgatio of the Imperium and Ragnarok of the Chaos, are Tier 6 premium ships based upon the already existing Tier 6 Japanese tech-tree battleship Amagi. The commanders, Justinian Lyons XIII of the Ignis Purgatio and Arthas Roqthar the Cold of Ragnarok, will lead their battleships to victory with their unique skills that take advantage of both ships’ playstyles. 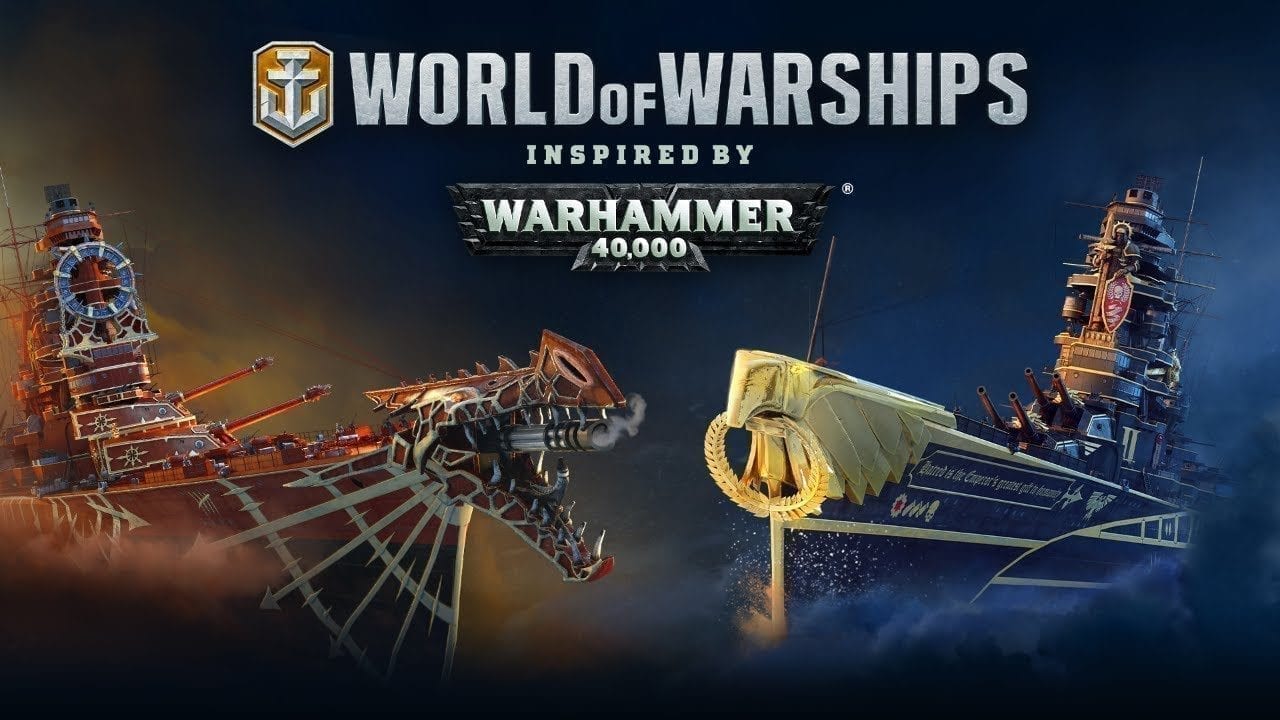 Further, the warships boast powerful armaments able to turn the tide of battle and will make unparalleled additions to any player’s fleet. The ships, commanders, and all event cosmetics can be obtained for free by opening the in-game Warhammer 40k themed containers.

Once acquired, players can weigh anchor and dive right into the team-based, tactical naval shooter. Players progress through World of Warships by researching and unlocking a multitude of over 200 ships from the early 20th century to the 1950s. The game allows you to build a fleet consisting of cruisers, destroyers, battleships, and aircraft carriers, along with the commanders necessary to lead them in battle.

Warhammer 40k is a popular miniature wargame produced by Games Workshop, in which players engage and enact in battles using miniature models of troops and vehicles. The game itself takes place in a distant future in which humanity only knows war, while defending itself against a host of intergalactic enemies. The game has amassed a passionate following of thousands since its launch back in 1987 and the collab manages to capture and blend the essence of both franchises to bring players the naval behemoths that we see today.

Players can get their hands on the event ships through a pre-sale package, faction bundles, or containers given upon completion of in-game ‘Combat Missions’. The pre-sale package became available on May 27 and offers containers that have a chance to reward the Warhammer ships, commanders, and camos. The faction bundles will be available for purchase from June 19 through the duration of the event and include the faction ship of choice, commander, flag, and camos. Combat Missions (for those who decide not to buy the bundles) will reward players themed containers based on the faction they choose to represent.