Wasteland 3 Energy Weapons | Where to Find 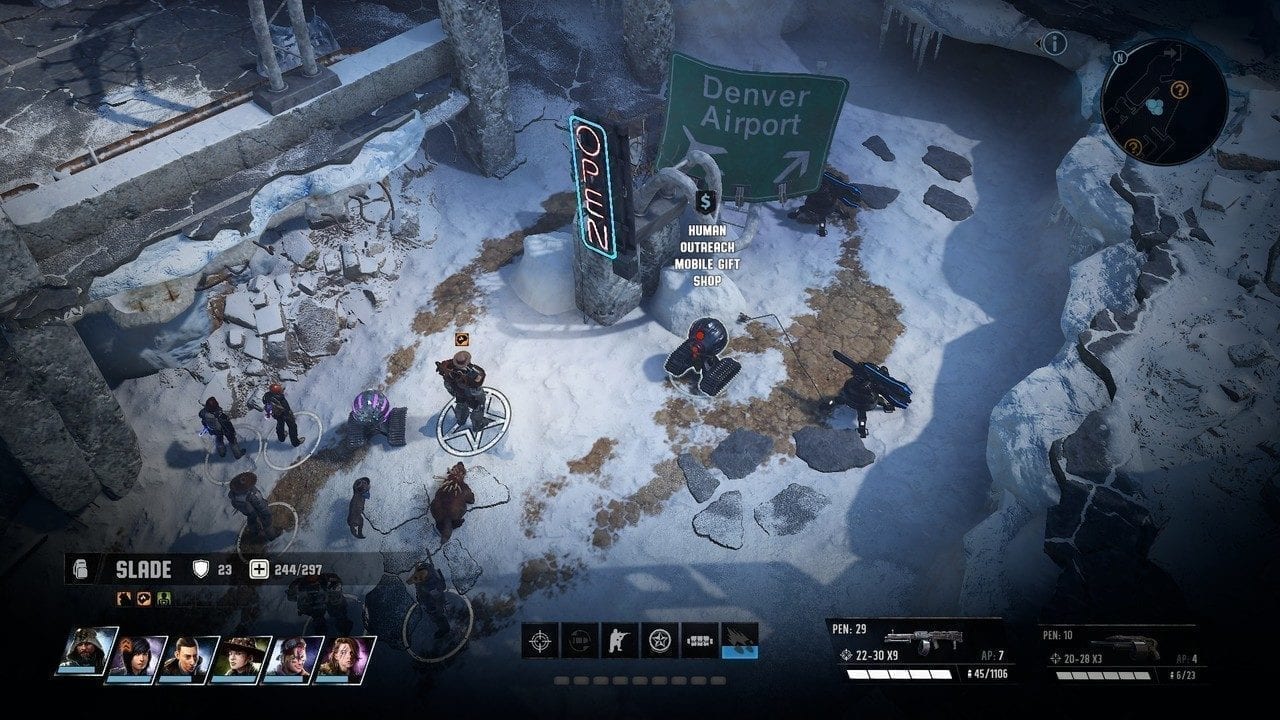 Energy weapons have always been a staple to the Wasteland series, but they now exist in a new way in the latest addition to the series, Wasteland 3. Unlike previous titles, Wasteland 3 energy weapons are no longer a weapon category and now are a weapon element type. The weapons also do a bonus of 30% damage to Synths, Robots, and Vehicles. Due to this, it might be in your best interest to equip one of your squad members with one to deal with these threats. That said, in this guide, we’ll go over where players can find energy weapons early on in the game.

Where to Find Energy Weapons in Wasteland 3

In short, there are several different locations players can energy weapons at early on in the game. These locations include a special toaster loot container, but it will require the toaster repair skill to open. You can also get them from certain merchants after progressing to a certain point in the game.

With that said, you can find a toaster that will give you an Argon lance, a heavy laser machine gun, at Sans Luxe Apartments complex after the Garden of the Gods. The toaster is located down the hallway to the left, in an apartment across the hall from where you need to go for Rosie’s first quest.

Now for the merchants, you can find a few high tier energy weapons being sold at the Bazaar, located at the bottom of the map and at the Human Outreach Mobile Gift Shop Robot after progressing through The Denver questline.

With that said, we’ve decided to detail some of the best energy weapons in Wasteland 3, all of which can be found at the locations above. We will also list their stats and how much damage they do. 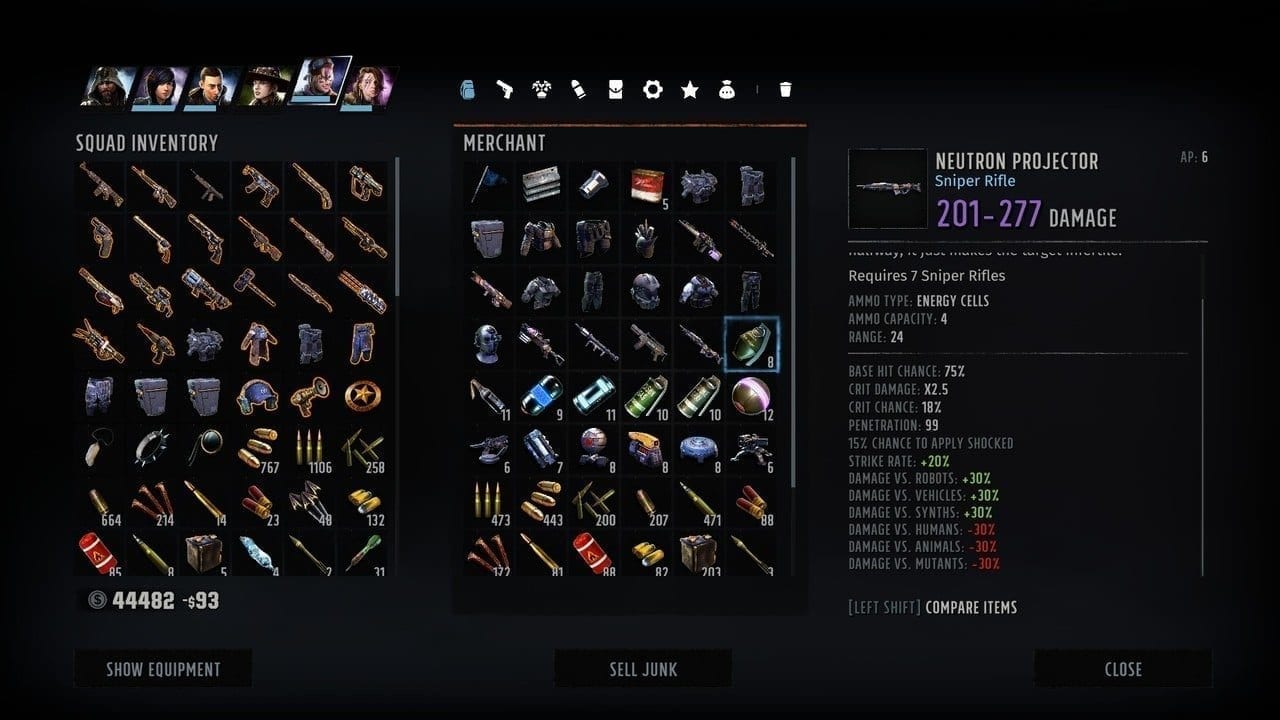 The Neuron Projector is a powerful energy sniper rifle that is extremely deadly, which is reflected by its base damage of 201-277. It also has an ammo capacity of four and a range of 24 tiles.

The Neuron Projector also comes with the following effects: 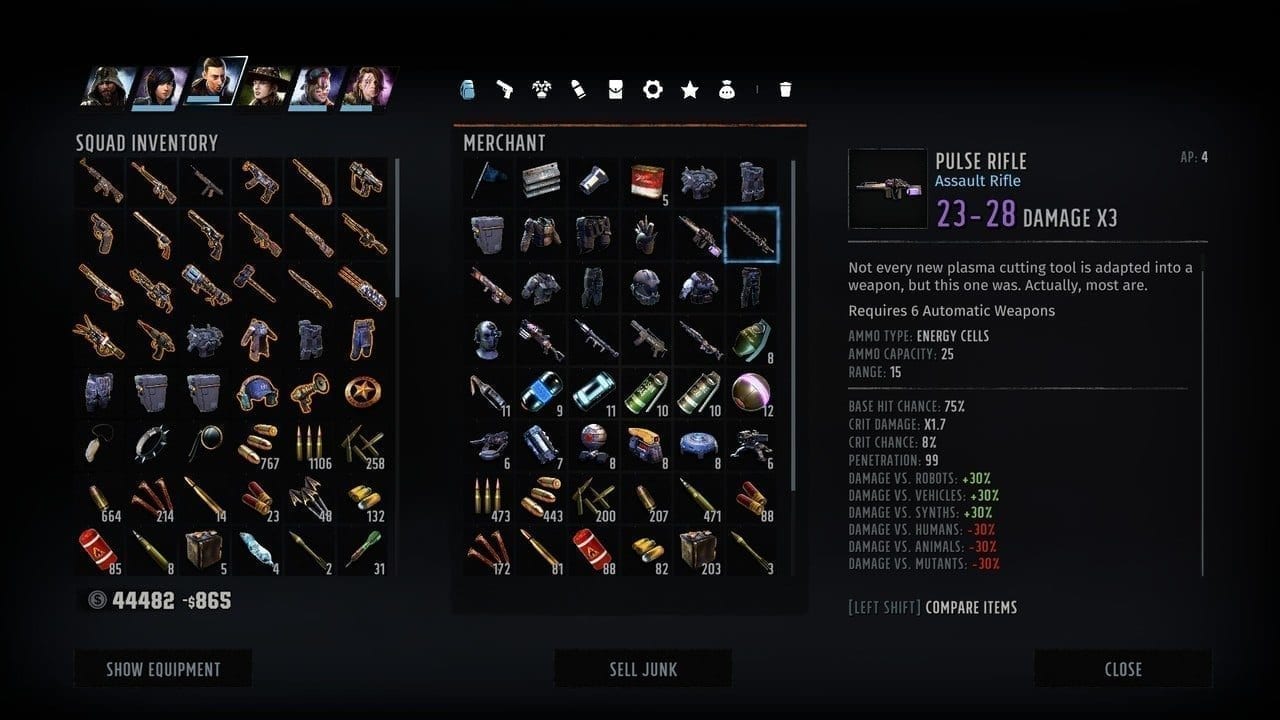 This next energy weapon is an assault rifle that is pretty mid-tier but still provides an overall decent damage compared to its non-energy early game counterparts. It also described as being a former plasma cutting tool that was adapted into a killing machine. It also has an ammo capacity of 25 and a range of 15 tiles.

The Pulse Rifle also comes with the following effects: 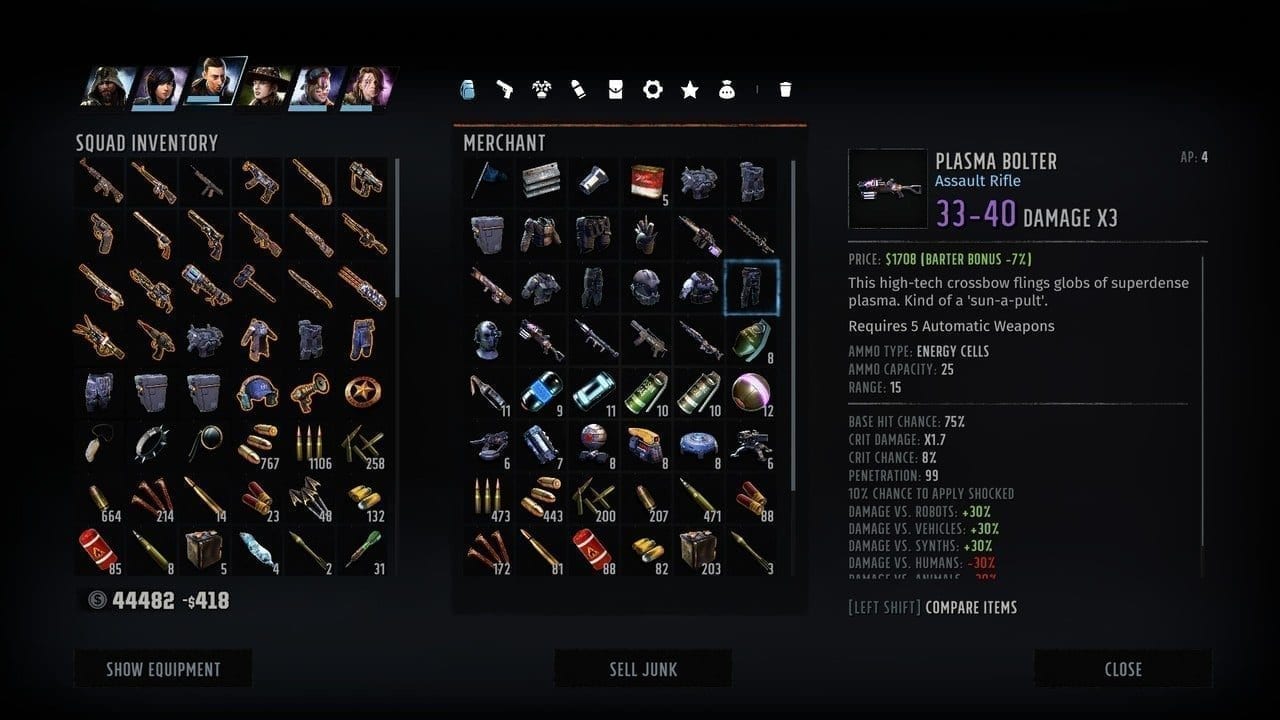 Moving on, the Plasma Bolter is also an assault rifle with the added bonus of doing double the damage of the previous weapon. The Plasma Bolter is a strange high tech crossbow, so what is not to love about this energy weapon? The gun also has an ammo capacity of 25 and a range of 15 tiles.

The Plasma Bolter also comes with the following effects: 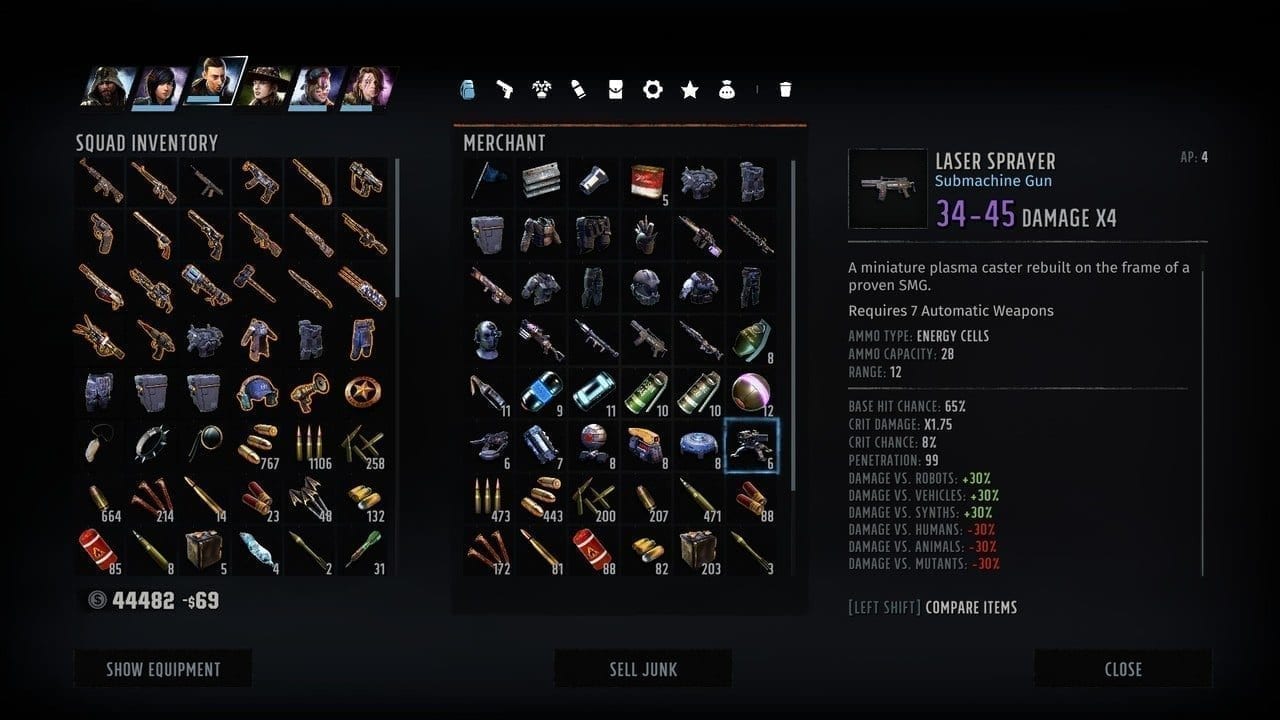 The next weapon on our list is the Laser Sprayer, a former submachine gun turned plasma caster. Overall this weapon is a pretty decent submachine gun with above-average damage output compared to early game guns. It also has an ammo capacity of 28 and a tile range of 12.

The Laser Sprayer also comes with the following effects: 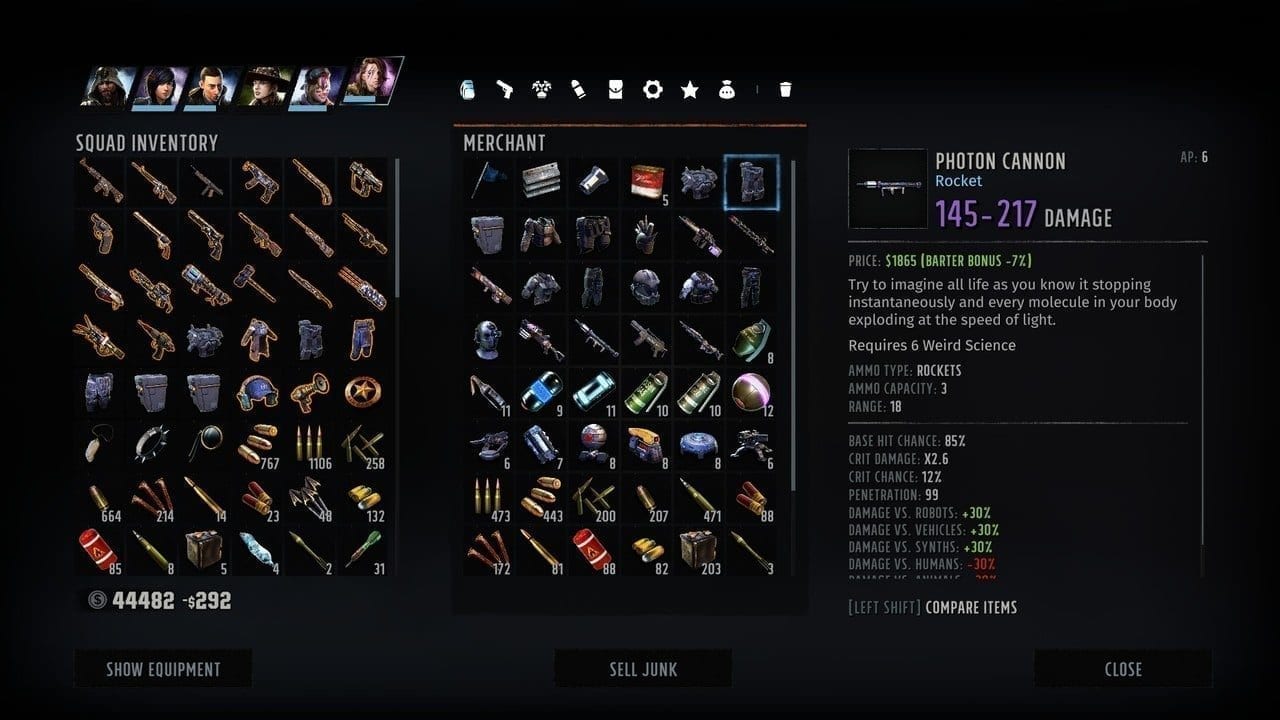 This last weapon our list is probably one of the best rocket launchers in the game and it is also both an energy and Weird Science weapon. Further, it has very high damage output and would be perfect for combating robot bosses and vehicle enemies. It also has an ammo capacity of three and a tile range of ten.

The Photon Cannon also comes with the following effects:

After the Photon Cannon, that will be it for our honorable energy weapon mentions that we feel players should keep an eye out earlier on in the game. In addition, there are also a tremendous amount of weapons in Wasteland 3, so don’t be afraid to try out some other weapons! That’s all for now, be safe out there Rangers!

For more guides on Wasteland 3 check out the following guides listed below: