Wasteland 3 October 11 Choices | What To Choose 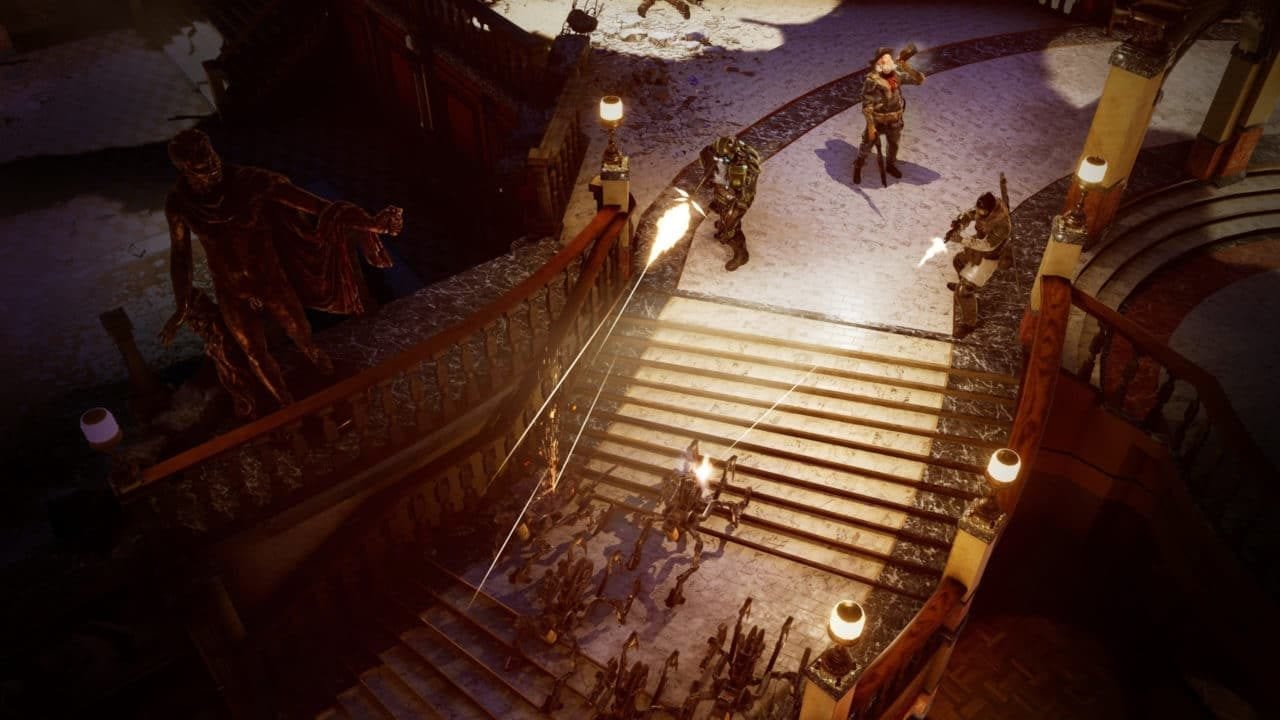 Wasteland 3 is a massive RPG set in a post-apocalyptic world with loads of quests to complete. One of these quests brings you to Little Vegas, where you encounter a ranger hunting down synths. The first synth, October 11, has three choices associated with it. This young-looking robot might be morally ambiguous for killing… but you might want to think twice before working with the ranger.

In order to meet October 11, you must first go to Little Vegas and start its casino questline. Eventually, you will run into Gary “NaCl” Wolfe, who wants you to bring him synth heads. Your first synth is October 11, who is in the Patriarch’s Museum, hiding among other electronics.

Once at the museum, a character with Nerd Stuff 4 can stun him and interrogate. Any character can initiate a conversation with the little synth, but a stun will allow you to kill it without a huge fight.

During the conversation, you have several choices for October 11: You can kill the young synth, or tell it to flee. If you choose to kill, there will be a short fight with October 11 and their protector. You’ll get it’s head as a reward, and can continue with the “NaCl” synth hunting questline (ending with massive money rewards and anti-synth benefits). Stunning them allows you to arrest them, and then execute without a fight, or let them go.

Alternatively, you can tell them to flee. Doing so will immediately end the “NaCl” quest; you didn’t even kill the first synth, after all. However, October 11 and its protector will be very thankful, and you’ll get reputation in Denver. Later in the story, it will be significantly easier to side with the synths.

Which benefit is better is up to you. “NaCl” gives multiple thousands of dollars if you complete the full quest (which goes all over Colorado). However, if you’re more concerned with reputation and want an ending that allies you with the synths, then maybe spare the child-synth.

Check out some more of our Wasteland 3 guides!