Watch Dogs: Legion First Operative | Who Should You Choose? 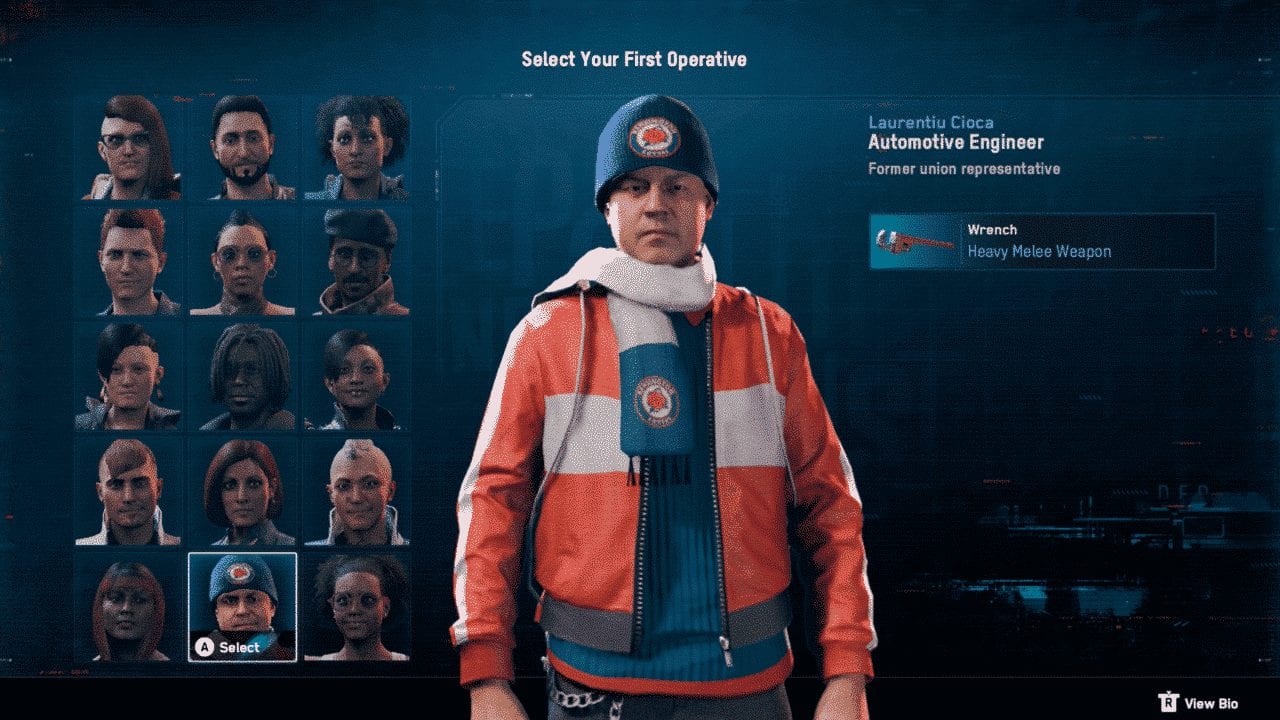 As with most games, choosing your first Operative in Watch Dogs: Legion is a big decision. Each one has a different skill set that will best fit with a specific playstyle. Of course, you’ll be able to unlock others as you play through the game, but you’ll be stuck with your first Operative for a while. So, which should you choose?

There are a total of 15 different Operatives that you can choose from at the beginning of Watch Dogs: Legion. You will take control of whichever character you choose and will have to use their skillsets to your advantage as you try and help clear DedSec’s name.

All that said, if you’ve been keeping up with the game’s development, you’ll know that one of the major themes is that you can play as virtually anyone in the game at any time. So with that, these 15 initial Operatives aren’t preset and will be different for every player. So, we can’t really tell you which is the best Operative, but we can offer some advice.

As you can see, each of the 15 Operatives brings something to the table, If you’re new to the series or aren’t quite comfortable with the controls yet, we’d suggest getting someone that has some type of weapon or stat as a perk.

For example, you probably don’t want to pick one of the Operatives that only brings a vehicle to the table. While this is certainly cool, there are more useful perks for a beginner. You’ll probably want someone that gives you a stat or weaponry advantage as your first Operative in Watch Dogs: Legion, as they will be more beneficial to you in the long run.

Now that you have an idea of the best Operative, it’s time to rebuild the resistance. Oh, and if you pre-ordered the game, don’t forget to redeem your Golden King pack code!