Werewolf: The Apocalypse – Earthblood Review | Hungry Like The Wolf 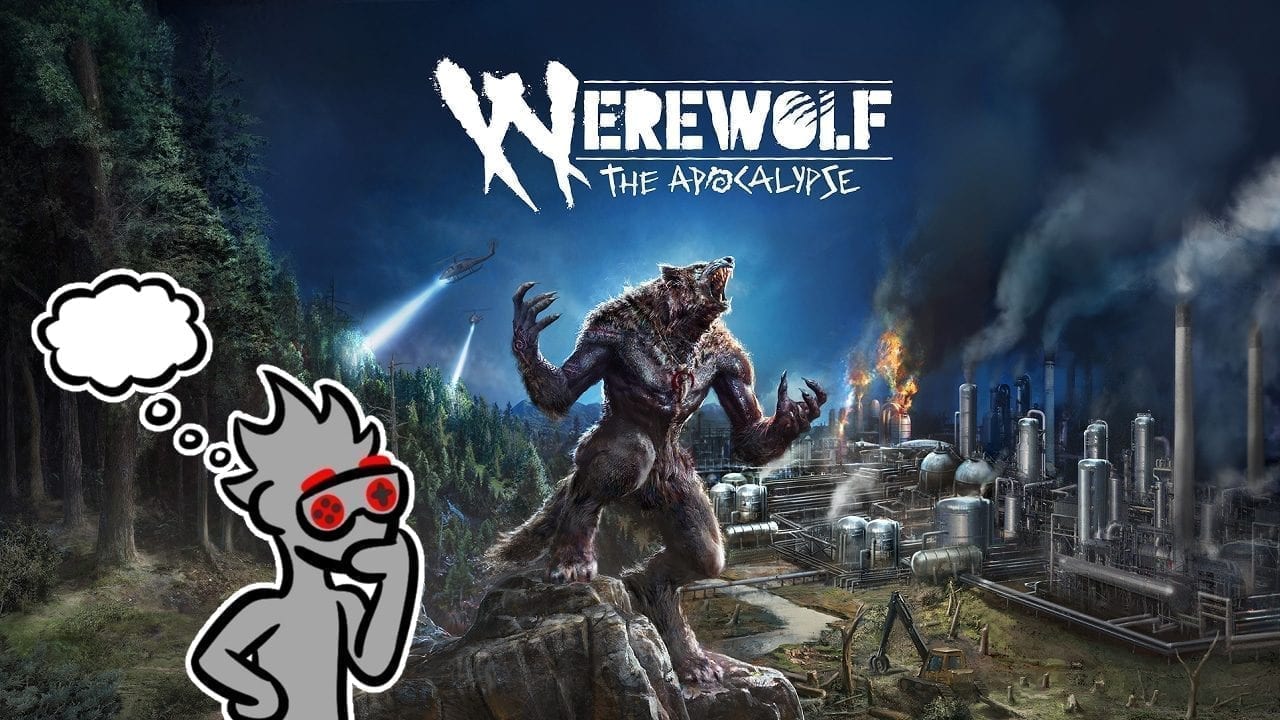 You might not believe this, but there aren’t a lot of werewolf-based video games. Sure, there are games where turning into a werewolf is a feature, but it’s not typically the star aspect of the game. Until recently, we mainly had Castlevania 64 and the Elder Scrolls series to satisfy our were-curiosities. Now, the developers at Cyanide have come to our rescue with Werewolf: The Apocalypse – Earthblood, a new entry to the World of Darkness series. It’s a stealth-action game where the main character is a werewolf that spends a fair amount of time in beast form. There’s a lot going on in this game, but unfortunately, some elements are more hairy than its beastly protagonist.

What’s The Apocalypse This Time?

You can’t swing a stick without hitting a game that revolves around the end of the world. Someday, there will be a story where the world ends simply because we’ve exhausted every other end-of-the-world scenario. In Earthblood, the world is about to end, and only you have the animal power to stop it. You play as Cahal, a Garou (werewolf) who works with fellow Garou and eco-activists to stop a toxic company known as Endron. Both the natural and spiritual worlds are suffering under Endron’s projects, so it’s up to Cahal and friends to shut them down. Along the way, Cahal will also have wrestle with his own personal demons while protecting those he holds dear.

Basically, an evil company is poisoning the earth, so let’s take it down with werewolves and explosions.

Wolf Down the Good 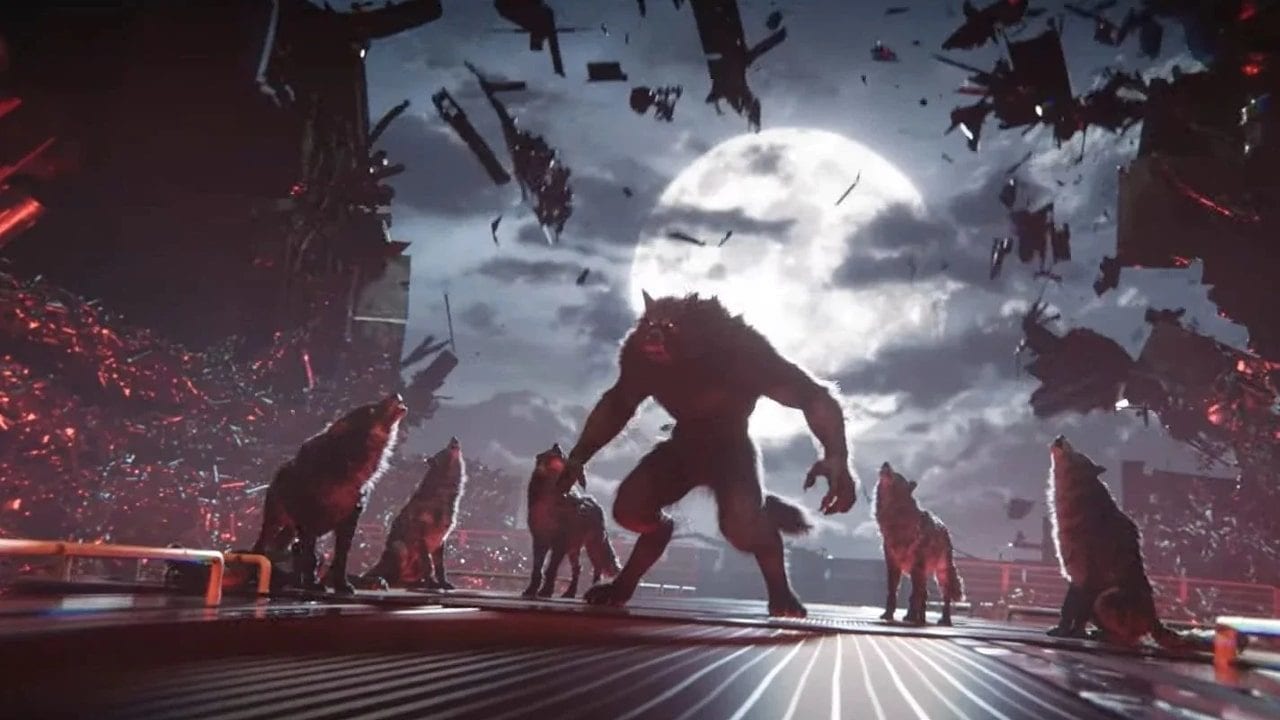 When you receive plates full of deliciousness, it can sometimes be hard not to scarf it all down at once. Earthblood certainly has a lot of nice looking morsels, and the first is the combat. Many similar games usually incorporate a “don’t give in to the beast” kind of mechanic, but not this one. Earthblood embraces the beast side of the werewolf and provides lots of opportunity to unleash it. Combat throws lots of squishy elements at you, and Cahal has the violent arsenal required to tear into them. Hits feel good; impact is flashy and visceral with lots of pleasant feedback. The two attack stances, Agile and Heavy, both provide their own playstyles and unique move-sets with which to experiment.

Then there’s the game’s take on stealth. Many missions are split between fighting and sneaking around. There’s a fair challenge to have by turning into wolf (regular, not the were- variety) and getting through areas without detection. Enemies are surprisingly alert and react quickly to even the slightest slip-up, which really serves to raise the stakes. You can complete many segments in complete stealth if you’re a fan of finesse. However, if you’re not the smoothest operator, that’s okay too. Almost all if not every mission offers both a quiet and loud option. You can spend the whole game powering through each area in werewolf form by eliminating all threats firsthand, if you so choose.

Then there’s the pacing and speed of the game. Despite the overall seriousness of the story and events that occur within, there aren’t a lot of narrative interruptions. This keeps the action (and the blood) flowing. Aside from a view cutscenes, most of the story is told on-the-go, so there isn’t a lot of waiting around. All of the important facts come through clearly, and if you want any extra information, there are plenty of documents lying around the world. The story is short and motivational, but it doesn’t take away from the gameplay. The message is visually clear throughout the journey, too, so you’re never in doubt about why you’re hacking and slashing. 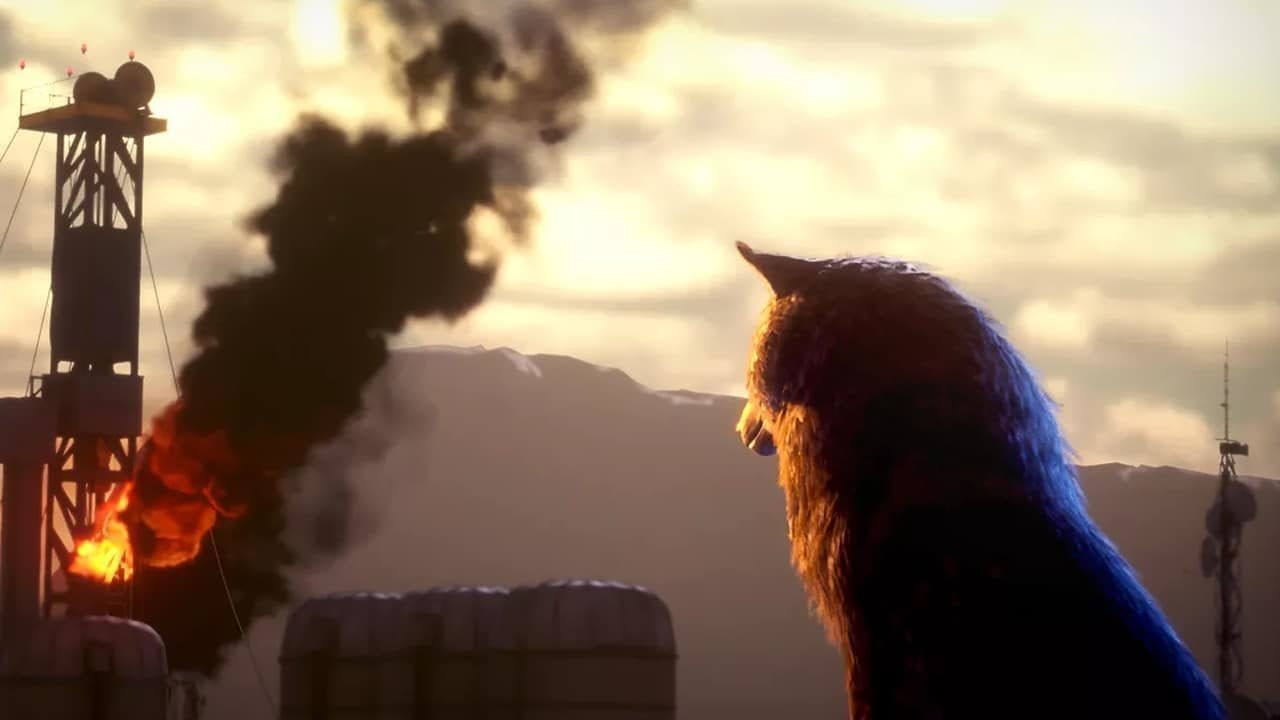 Sometime we tear through a tasty buffet so quickly we don’t notice all the things we’re eating. When that happens, those things have a tendency to come up very quickly and harshly. Earthblood has a few such elements, one of which is the difficulty curve. While sneaking around can pose a challenge if you mess up or simply choose to fight, there isn’t much of a penalty. Most enemies fall easily, and Cahal’s moves are pretty brutal in terms of damage and range. Even some of the biggest opponents stagger from a standard ground pound attack. This also applies to bosses that, while cool in concept, are easy to defeat with even the simplest attacks.

This next problem is kind of odd, but it’s too frustrating not to mention: The auto-save. Almost every game these days has some form of auto-save and many still offer a manual save option. Earthblood only uses auto-save, but not only is it infrequent, it’s also very restrictive. It’s never clear which areas trigger a save, and it doesn’t seem to be affected by completing events. What makes it even stranger is that each auto-save only occurs once. During one session, I was exploring an area to get a feel for the layout before going into a building that gave me an auto-save. When I later went back to that same building during a mission, I didn’t get an auto-save, which caused me to lose a fair amount of progress after I failed. There’s also only one save file, so you can’t restore a previous save if you miss something in an earlier part of the game.

Finally, even though the game feels grand and epic, the world is deceptively small. There are plenty of places to explore, but all those nooks and crannies are filled with absolutely nothing. The only hidden things to find around the worlds and levels are documents, consumables, and spirits. Only spirits provide any real value, since they grant skill points. Still, considering how many you need and how sparse they are, it becomes tedious looking for them. On top of that, many of the side-quests involve running around the empty world looking for nondescript objects. 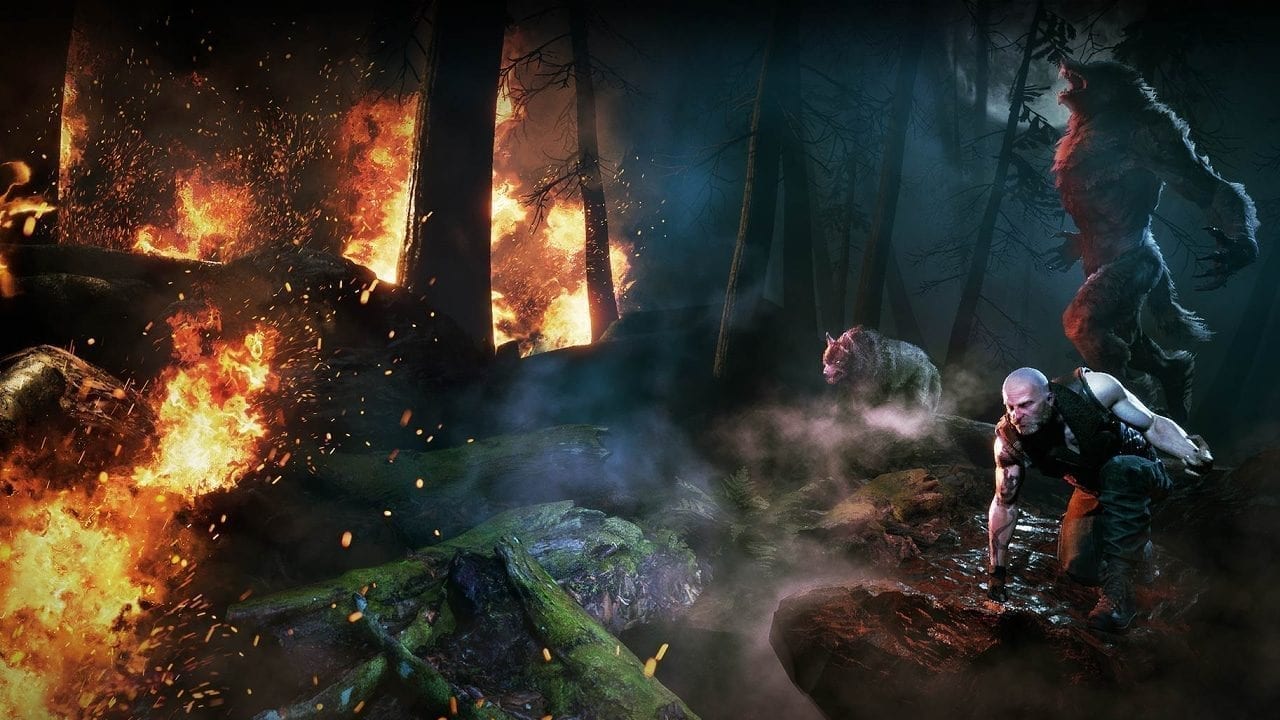 Earthblood is a lot like a house in need of maintenance. The exterior looks nice, and the interior is well-appointed if not a bit dreary. And while it may have a few modern niceties installed, you can’t help but notice that the foundation feels unstable. It’s a fine place to take a short vacation, but it’s not really anywhere you’d want to stay for very long.

Put simply, Werewolf: The Apocalypse – Earthblood has a lot of good ideas, but the overall experience just feels lacking. Werewolf-based stealth action could have been a rare treat, especially for fans of the World of Darkness. Unfortunately, the final product seems about as unrefined and downright shaggy as its beastly protagonist.

This review is based on a digital download code provided by the publisher. Werewolf: The Apocalypse – Earthblood is available now for PlayStation 4, PlayStation 5, Xbox One, Xbox Series X|S, and PC via the Epic Games Store.