What is ADS in Modern Warfare? 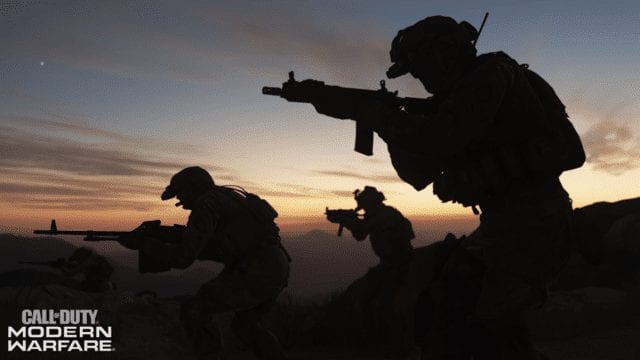 There are several aspects that make Modern Warfare a somewhat complex, strategic game. Reload speed, aiming delay, recoil and firing rate are just a few of these. However, many of them are affected by something known as ADS, which influences several crucial parts of the online experience. By optimizing your use of ADS in the game you can up your game considerably. Here’s the must-know on ADS in Modern Warfare.

What does ADS Stand for in Modern Warfare?

ADS, which stands for ‘Aim Down Sights’ is an important part of the multiplayer mode in Modern Warfare. It provides a sort of zoomed-in, down-the-barrel view that greatly increases accuracy. It’s activated by pulling one of the triggers on consoles or using the right mouse button on PC. Also, it’s most useful at medium to long-range, but can be optimized for short-range combat.

The most recent CoD game, Modern Warfare, has introduced a new form of reloading. It’s known as the ADS Reload, and it allows you to reload when using ADS. This provides a huge advantage in fights compared to other games in the series. Use it when engaged in covered firefights for the best results.

ADS does have a glaring disadvantage – it takes about a second to pull a weapon up and actually aim down the sight. This leads to a short opening for enemy fire. There are ways to mitigate it though, as many weapons have level unlocked attachments that reduce ADS delays.

Lastly, there are two approaches to close-quarters combat in Modern Warfare multiplayer. Depending on the weapon, basic hip fire may be the way to go. Larger assault rifles with lower firing rates don’t spray and pray very well though. Unless you’re using an SMG, use ADS in closer quarters.