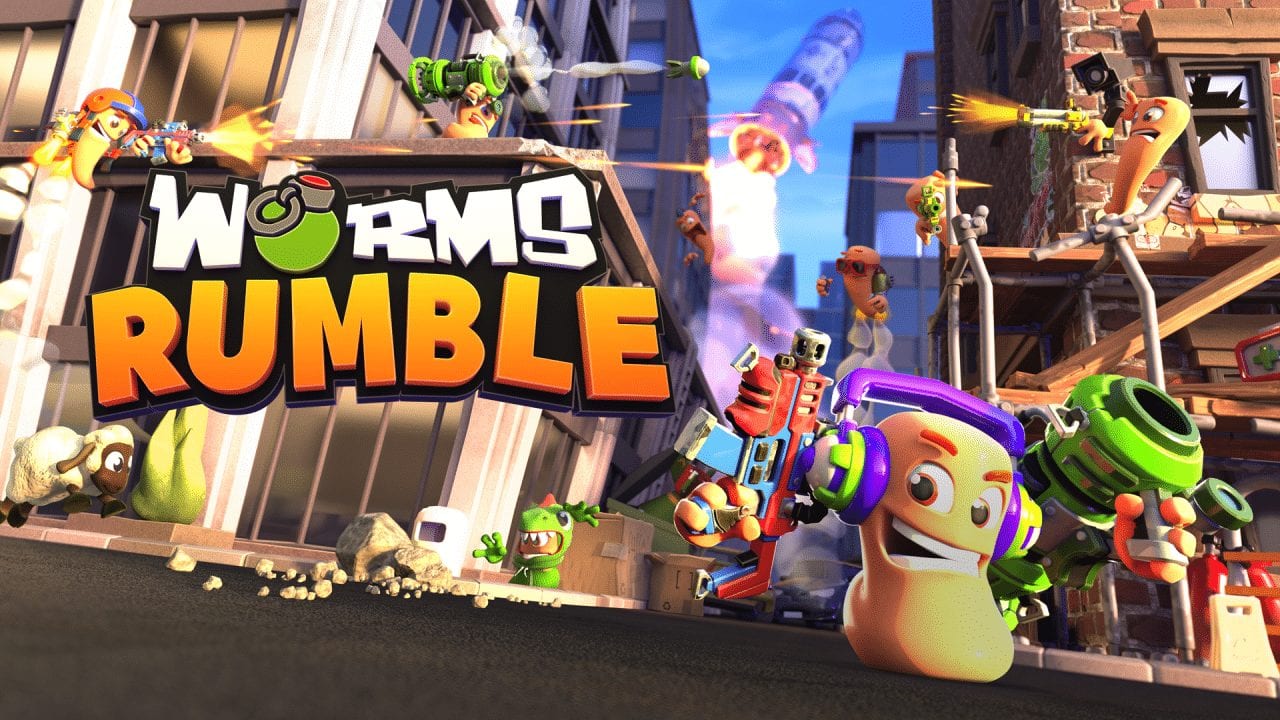 Team17 Digital has just announced the first details of a brand-new game in the Worms franchise, which this year is celebrating its 25th anniversary. The new game is titled Worms Rumble, and it takes the Worms franchise in a distinctly modern direction by offering a battle royale-styled multiplayer experience.

Worms Rumble is an upcoming action game that will pit war-torn worms against each other in bouts of up to 32 players online. To better accommodate the new multiplayer direction, the game’s traditional turn-based combat has been dropped in favor of a real-time combat gameplay mechanic meant to keep the fighting more fluid and engaging.

Customization options will return in the upcoming release, allowing players to customize their worms and level them up as they conquer their enemies. Taking part in battles will earn experience points and in-game currency that can be used to acquire different outfits, accessories, and a myriad of other cosmetic options.

Worms Rumble will feature constant updates and support to bring players more maps and customization options over time. It will also feature a section called “The Lab” where players can participate in daily challenges and special events, or try out some of the gameplay mechanics and weapons to prepare to best their foes.

At launch, the game will feature different game modes, like Deathmatch and Last Worm Standing, as well as a Solo battle mode and a Squad Battle Royale. The game will also feature classic weapons from previous Worms games, like the holy hand grenade, the bazooka, or the baseball bat, alongside several brand-new weapons for players to try out in battle.

Worms Rumble will be available on PlayStation 4, the upcoming PlayStation 5, and PC through Steam. Players will be able to enjoy the multiplayer experience regardless of the platform they choose thanks to the game’s cross-play feature.

Worms Rumble does not yet have an official release date. However, Team17 Digital has announced that the game will come out in the later months of 2020. Further, a closed beta will be available via Steam, and players can register for a chance to win a spot from July 15 at 12 p.m. BST, until July 20 at 8 a.m. BST, to get a chance to be the first to check out the new release.